Stealing this from another thread:

I had not seen a path for Gavin Newsom to the presidency, until the Supremes' rulings of the last 2 weeks. Even the National Review is getting worried:


https://www.nationalreview.com/2022/06/gavin-newsom-is-dangerous/
Newsom’s question — “Where the hell is my party?” — demonstrated sharp political instincts. Whether because the executive branch has grown too baggy to function lately or because its recent occupants have been unable to fully control it, there has been an overwhelming sense since 2017 that the party outside of the White House is the party that has the initiative and can put points on the board. What Republicans call “wokeness” flowered under Donald Trump’s administration in nearly every other center of formal and informal power in American life. But ever since Biden took the White House, conservative activists have been the ones claiming victories. Conservative governors have been mustering innovative responses to difficult political challenges, and now the Supreme Court has given the Right big wins on gun rights and abortion. Newsom expressed the feeling that many partisan Democrats share: the feeling that they are leaderless and besieged on all sides.

...
Newsom also has a kind of charisma that is hard to describe to conservatives who are genuinely repulsed by him but that generates a response from important blocs of voters. While it seems like Latino voters around the country are beginning to shift toward Republicans, in California they are becoming more attached to Newsom. One study showed that Biden won the state’s Latino voters by a three-to-one margin in 2020. But, in the recall election, Newsom won L.A.’s Latino voters by something closer to a four-to-one margin.

American politics is crying out for a generational change, for some kind of renewal. Ron DeSantis cannot answer that cry for now because he’s still fighting for reelection in Florida. Which means that until November, Newsom will have free rein to make his case. He’s brazen, he’s ambitious, and he will have access to unbelievable amounts of money if and when he runs nationally. Republicans will need to be ready.
V


Right now Biden is looking very weak on all fronts. Dems need someone who can breathe fire. I nominate OAC.
P

We saw it first with Republicans, but given Congress’s inability to be effective and democratic traditions and guideposts failing us we can expect Democrats to seek the power and momentum only a strongman/benevolent dictator can bring to a nation that seems to be falling apart.

America is likely going to gyrate between populist leaders until gerrymandering is ended and voting rights restored.

I believe that within two years a sizeable percentage of Americans will believe the two party system created Donald Trump and destabilized our nation.

It ain’t just the GOP, baby.

Not looking good for Uncle Joe for '24, unless Trump wins the nomination.

He was a caretaker prez, he can't say he won't run as his administration would be immediately hamstrung, but a year from now? He may decide on a graceful exit.
V

Ishmael said:
Right now Biden is looking very weak on all fronts. Dems need someone who can breathe fire. I nominate OAC.
Click to expand...

Maybe Amy, but she's milquetoast
Pete? I'd vote for him.
Lizzie? too old, too left, sorry
the others? No national name recognition

Newsome comes across as grossly insincere. For that reason alone, he wouldn't stand a chance.

Though I haven't studied-up on her, I was surprised Gretchen Whitmer wasn't in that WaPo article because she seems to have a lot going for her.

Ishmael said:
Dems need someone who can breathe fire.
Click to expand... 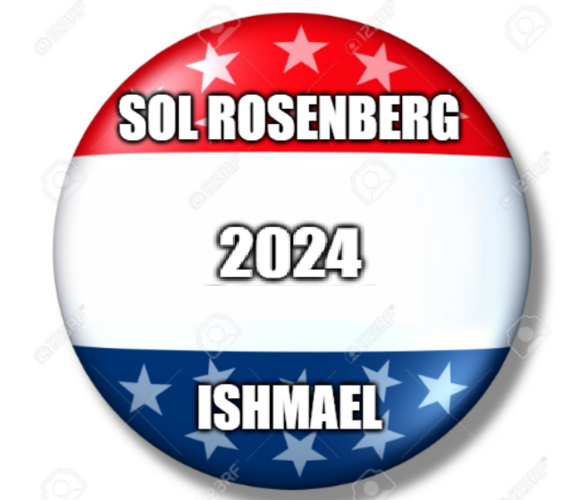 I'm willing to serve, if my Canadian citizenship and residence is not an issue. No way I'm moving to the USA, it's too dangerous.

We had Kenyan for a president, so why not a Canadian?

billsreef said:
We had Kenyan for a president, so why not a Canadian?
Click to expand...

If you're born in Russia, but become born again in South Carolina, does that count?

I'm sure you can phone it in. The Senate only meets by Zoom now anyway


Well, I suppose I could split my time between Victoria and Cancun.

BTW, can't say I'm a Newsom fan - he's pretty much a crony capitalist Democrat. But I'd vote for Porky Pig over any Gilead candidates.

When Trump flees to Moscow to avoid prosecution the Supremes will rule that the Constitution is silent on the location of the executive branch. Obama already proved citizenship is not a requirement, right?