STATEMENT BY THE PRESIDENT

I have just notified the Nobel Peace Prize Committee that upon due consideration, I have decided to decline the great honor they have presented me and therefore will not be going to Oslo in December.

I explained to them, I hope convincingly, that I should have done this yesterday, after the award was announced. But to be honest, I was in a state of shock and not thinking clearly. A president of the United States must be prepared for any news, any time someone walks through the door. But being told that I had won the Nobel Peace Prize was simply not on what the national-security folks call “the Threat Board,” a mere eight months into my term of office. In retrospect, it was a very “teachable moment,” and one I hope to have learned from.

I don’t know the Norwegian words for “Let’s get real,” but I tried earnestly to convey in plain English that awarding me the Nobel Peace Prize, at this stage of my presidency, opens the committee itself to the charge that it dispenses its gold promiscuously, without regard to actual accomplishment. To give the award to Albert Schweitzer, or Nelson Mandela or Desmond Tutu or Lech Walesa or Andrei Sakharov is one thing. To give it to me is, well, another. To put it in very blunt terms, it is hard for me to believe otherwise than that I have been presented this award for not being my predecessor.

Someone yesterday commented that it’s as if the actual intended recipient of the award is those American voters who elected me last November. I have the audacity to hope that those voters would feel, as I do, that they do not need to be thanked, much less awarded by a committee of five somewhat faceless Norwegians for simply voting their convictions. That said, I know that all Americans have the warmest feeling toward our Norwegian friends. Keep that salmon coming!

Tom Lehrer, a great American satirist, mischievously said that he was going to give up satire now that Henry Kissinger had won the Nobel Prize. He was joking of course; sort of. But I feel that were I to accept the award, it would ultimately debase the coinage of the medal.

This is no false modesty. I have tried, in my very short time in office, to act in a manner worthy of a leader of a great nation. In my inaugural address, I held out America’s hand to all the world, friend and foe, saying that the handshake was offered in good faith, but not unconditionally. I have dealt to the best of my ability with such crises and threats, both inherited and new, as have come my way. I am at this moment engaged in the humbling task of trying to devise a correct strategy in Afghanistan. I have not risen to bait tossed at me by international toads and gangsters like President Ahmadinejad and the grotesquely coiffed King Jong-Il. I have even shaken Hugo Chavez’s fat, clammy hand at the U.N. I am on the case, working for peace, as best I can.

But we are still in the first quarter of this game, and to accept this award would be to declare a kind of victory, and that, in my view, would be be inappropriate, presumptuous, and tempting karma.

So, to the Nobel committee I say, in all humility, hold the gold and check back with me in say three years.

Meantime, takk fir mal. Or as we say in America, “Thanks, but no thanks.” 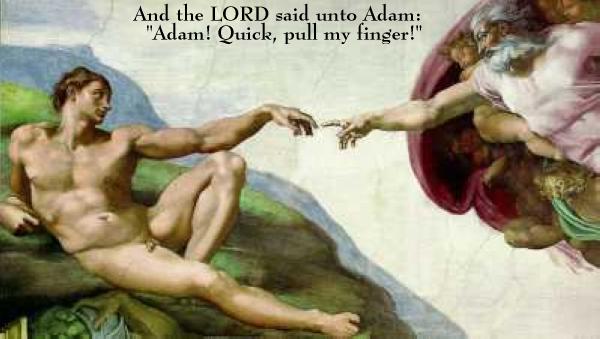 Obama should hand it back
F

The People's Cube's take on Obama's award from nORWAY .

Comrades, in the interest of FAIRNESS* please nominate persons dead or alive who deserve some recognition for their contributions to World Peas, even if they are not qualified like Dear Leader Obama (gee, what a high standard THAT is) to receive the coveted Nobel Piece Prize. Maybe we can award the worthy candidates the "Arugula of the Month Award" (definitely NOT the "Beet of the Week" which goes to only REALLY outstanding achievers.) Or else a complimentary stick of gum or something.

* How we love this word, not the concept, just the word

Bill Clinton - who, during his two terms as president, ducked numerous sundry pieces of bric a brac hurled by Hillary Clinton insane women - never got a Piece Prize!

Janeane Gawdawfulo - who has made "racism" a household word in the 5 or 6 households that watch the Olberfuhrer show - never got a Piece Prize!

The Late Perpetual Senator Edward Kennedy - who extricated an occupant from a submerged vehicle driven off a bridge by an incapacitated driver, and thus saved the life of the Best US Senator Evah - never got a Piece Prize!

Che Guevara - who gave his life so his image could appear on posters in Obama campaign headquarters and enable Barack Obama to become President and win the Nobel Piece Prize - never got a Piece Prize!

OJ Simpson - who's spent much of the last 15 yrs looking for the crazed murderer of his ex-wife in various bars and golf courses - never got a Piece Prize!

Former Ugandan President Idi Amin - who labored tirelessly searching for the solution to the problem of hunger in his country - never got a Piece Prize!

Clyde Barrow - who was killed in a violent ambush while on a crusade to redistribute wealth from rich banks to poor fugitives - never got a Piece Prize!

The late former president of Iraq, Saddam Hussein - who sacrificed himself and his country to expose the war-mongering treachery of US President GW Bush - never got a Piece Prize!

Tokyo Rose - who tried to bring World War II to an early conclusion by urging hostile forces to settle their differences without fighting (the Barack Obama of her day!) - never got a Piece Prize!

Iranian President Mahmoud Ahmadinejad - who hates war but loves killing juice - never got a Piece Prize (at least not yet, anyway.)

Comrades, this is your chance to redress the oversights of the Nobel Committee! Nominate someone who has been overlooked and maybe we can send them to Oslo with a one-way ticket!

It doesn’t seem fair that Barack Obama should have been nominated after only 11 days in office — and then actually awarded the Nobel prize — when Nevile Chamberlain, the man who secured peace in our time . . . never got a dinner.

In line with the thread title - Heard he is planning to donate the prize money to charity.

Yes. I believe his exact words were "Carl's Nuts about ACORN"

President Obama won't be keeping the approximately $1.4 million that he won as part of the 2009 Nobel Peace Prize. He'll be donating the money to charity, the White House announced Friday afternoon.

So far, there's been no word on which charity or charities will be getting the money. Presumably, the White House will want to vet the organizations to which the president donates to ensure that his choices don't give his opponents political fodder; that'll take a little while.
Click to expand...

President Obama won't be keeping the approximately $1.4 million that he won as part of the 2009 Nobel Peace Prize. He'll be donating the money to charity, the White House announced Friday afternoon.

So far, there's been no word on which charity or charities will be getting the money. Presumably, the White House will want to vet the organizations to which the president donates to ensure that his choices don't give his opponents political fodder; that'll take a little while.
Click to expand...

Ohh He is my hero now.

Your gushing is sickening Chuck.

You would suck his dick wouldn't you? I know you would.

Dodgy Bit Of Stamford, CT and The Cows, Graveyard

Hey, I just heard Obama was named MVP for the Yankees / Twins series!

Shouldnt he get the Pulitzer as well? He;s written a book, hasnt he?

I heard he just won the Nobel Prize for Medicine for what he's trying to do with health care reform.

D-mon said:
Ohh He is my hero now.
Your gushing is sickening Chuck.

You would suck his dick wouldn't you? I know I would.
Click to expand...

Some Righties really have an obsession with dick sucking.