Thnx. Any significant changes noticeable from the Draft published in November?

.... A draft of both documents was first released in November 2021, and since then the rule writers have been working through several rounds of feedback received from all challengers that have entered the Cup. Today’s publication marks the official release of the rules, effectively starting the clock for the design race that will end on the water when the competitors’ AC75s face each other in the Challenger Selection Series and ultimately the America’s Cup Match.

The changes in both sets of rules are relatively minor - even though there are a lot of them - and are included to make rule interpretations more clear and should not require the same level of reference to the Measurement Committee seeking rule interpretations. There has been a slight change in the boat weight with the weight range now being 6876-6944kg, previously the range was 6920-6940kg and for the former V1 AC75's the range was 7490-7500kg.

He's not a player so do his views hold any relevancy anyway?

F1 technical regs are 178 pages, then there's the sporting and financial regs.

Clearly the goose who wrote that has no idea how class rules work.

Clearly the goose who wrote that has no idea how class rules work.
Click to expand...

It’s a shout for attention, thats all

Just from the title I knew it came from that Aussie David.

Just like I used to know it was Brainless Hangcock again and again.

Nevertheless, I do share the sentiments of his argument, but he fails to see that times are changing, and that life has simply become too complicated for silly olf farts like him. Just saying...

It's unfortunately like any set of rules, you try and write something simple, but then that spawns a subset of more restraints and interpretations, and each of those in turn will need another set ad infinitum as more of the rules are exploited.

It's called bureaucracy.   Have a look at the current tax manuals compared with even 20 years ago.

The trick of the really successful rules is to keep it simple and unambiguous.  Easy to say, very hard to do in practice.

In sailing then the metre boat rule and IOR did pretty well, but times moved on and the rules as they stood didn't evolve to accommodate the huge changes in constructional possibilities that came in with composites and thus achievable displacements.  IOR could have done, but it all became political and vested interests ruled and effectively ran the bus over the cliff.

I do agree though that the AC has lost the plot now - best thing would be to call it off under the current world circumstances, sit down and start again.  That of course won't happen

Their obsession with hi-tech foiling monohulls has taken them into an impenetrable maze of detail that only the elite few of that exclusive clique of Americup professionals could understand.

Yeah.  But they are also the only ones who have to. So what's the fucking problem?

AFAIK "Anarchist David" pines for good old days of IACC and at times, so do I. However the last version of the IACC rule ran to 58 pages. Not exactly brief then.

Real issue though is that the grinders are only there to provide some token make-work for a few humans, and the whole shebang would be much better run by electronics batteries and a shore pilot..  So it's a pretty pointless exercise to say the least when the human is taken out of it.

Classic case of doing something because you can rather than you should.  Can see this iteration being the last for a while as it's become so pointless - and once you've got over seeing these things whizzing along in nice flat water then it's a yaaaawn.

So long as there was enough breeze to foil, I didn't find them a yawn. Sub-foiling, they are utterly ridiculous downwind. We all know this rule iteration is intended to push the minimum breeze for foiling downwards.

IACC looked good at the time but in retrospect they are a bit 1 Million Years BC. 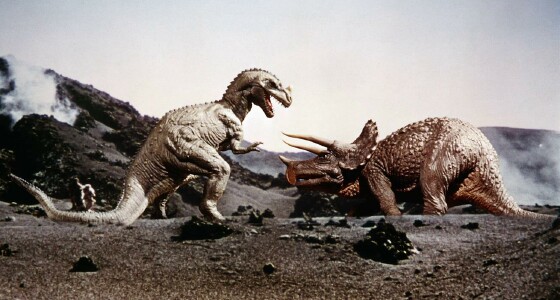 That front page article is hilarious. "I can't understand all the technicalities, therefore it's stupid!"

GBH said:
Real issue though is that the grinders are only there to provide some token make-work for a few humans, and the whole shebang would be much better run by electronics batteries and a shore pilot..  So it's a pretty pointless exercise to say the least when the human is taken out of it.

Classic case of doing something because you can rather than you should.  Can see this iteration being the last for a while as it's become so pointless - and once you've got over seeing these things whizzing along in nice flat water then it's a yaaaawn.
Click to expand...

What did grinders do on IACC yachts, or any big yacht for that matter? Grinding and ballast is about it, maybe tidy a rope or two and maybe help with a spinnaker douse, unless it was one of those new fangled winched douses they have to grind into the hull.

Shore pilot wouldn't see the wind on water nearly as well as a skipper and tactician.

well the coordination of the crew work was always something very cool. also the handling of the spinnakers, spinnaker changes and jib changes on downwind (or even upwind) runs was something special. the choreochraphy made it worthwhile even though the grinders provided little more than muscles. tat least they had bursts of being active as it was maneuver related, instead of continuously grinding to top off the hydraulics.

I love the technics involved in the new boats, and there is some spill over to smaller boats. but handling wise there is not much to it. Sailing has always been better to do , than to watch. this will not change much, even with faster boats. it will just be over sooner.

There is so much more to grinding on an IACC or other pedestal equipped boat than just muscle. If you think those folks are just there because of muscle and ballast, then you've probably never tried it. Saying or thinking that is roughly equivalent to saying "the driver is just there to turn the steering wheel", "the bow guy is just there to put the sails up and down", etc... Grinders (and the whole team) need to be tune with the boat, breeze, course, etc. If you're trimming a spin sheet, and the grinder isn't anticipating the breeze to go forward for a surf it requires more talking (aka distraction for other team members proving race critical feedback), and the sail trim response is going to be less effective. Add into the mix the mechanical systems involved with grinding (gear and winch selection), and that you might be facing the back of the boat unable to see the next puff coming... There is just as much nuance to grinding as there are other positions on the boat- suggestions otherwise are simply out of touch.