OK, since no one else has brought it up... Where were you? 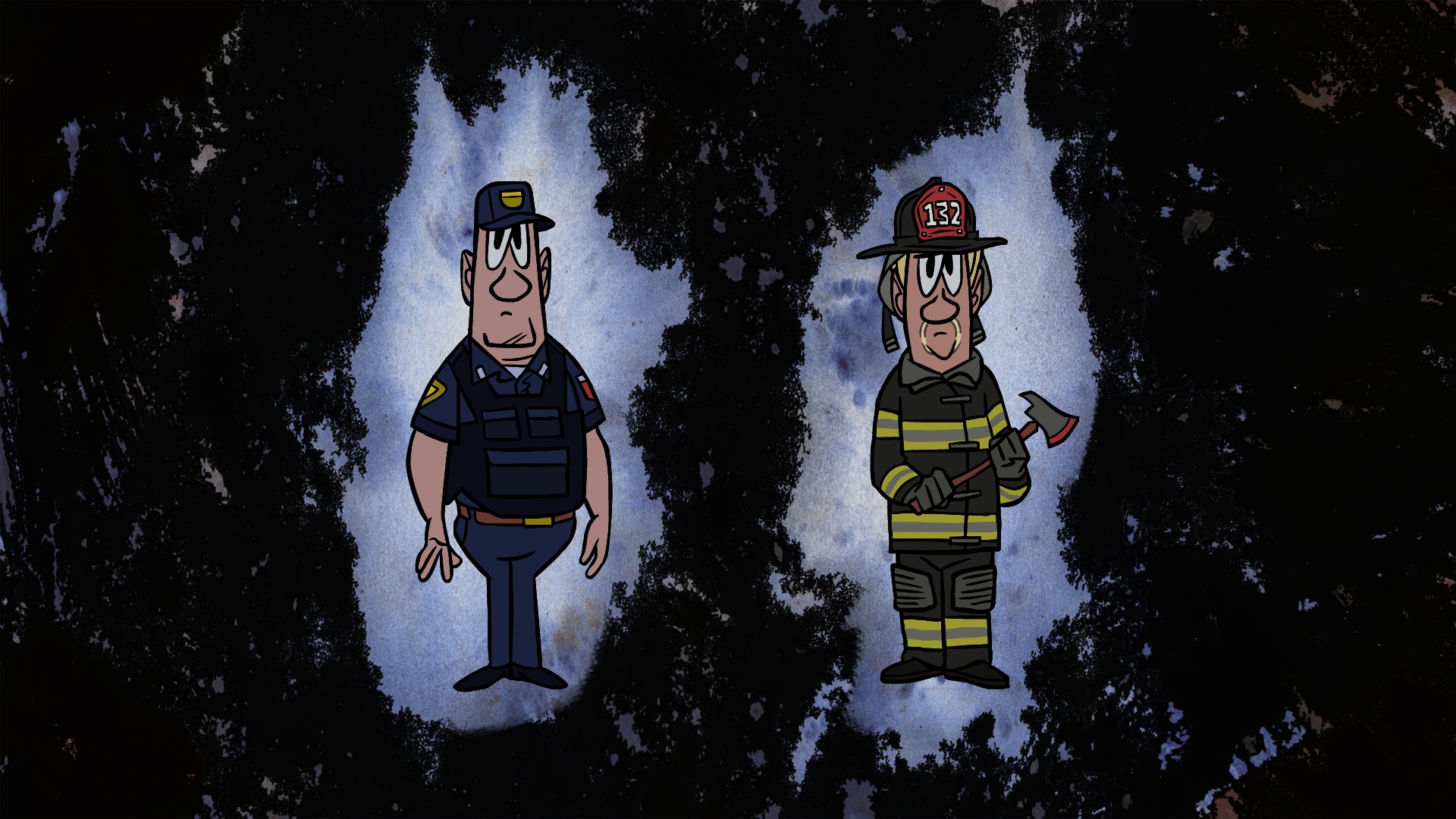 I was in Hartsville Tennessee for work. I was supposed to fly home that night. Called the car rental agency and told them I was keeping the car and would drop it off at Detroit Metro airport the next day. I kept filling up every 2 hours because I was hearing about gas going up to over $5. Only place I found it that high was the station nearest the airport.

Between 9/11 and my FIL passing while I was out of town for work. I decided to do something different so I wasn’t traveling as much.

I was in Rochester MN just finishing up a 6 week project and was supposed to fly home on the 15th. I was driving to the lab when everything hit the news. I called the rental company and told them that their car would be returned in Bellingham, WA. A strange part was crossing the Canadian border...Customs normally won't let a rental car across without paying duty, so I parked the car (with Illinois plates) at the duty free shop in Blaine and walked across with a briefcase and duffel bag. Nothing fishy about that, right? Spent a lot of time talking to the Canadian folks before they said "Go ahead and get the car. But, since you crossed the 49th parallel, so you have to clear US customs on the way back to get it.". The US guy said "Turned away, eh? Come on in and chat for a bit".

My cousin was supposed to be in meetings in one of the towers that day, but life happens and the meeting was rescheduled.

I was in college. I had just got up and was on my way to take a shower when a roommate told me a plane had hit. I was watching the news when the second one hit. I’ll never forget that day.

My secretary brought in a 13 inch (16 inch) TV for safety training videos to comply with safety regulations (weekly safety training). We had the news on sometimes. We watched the whole thing unfold. The second hit was on live TV.

I was in NJ. It was the first day of operations for the startup we were putting together. The Internet connection in the new office didn't work yet. The news came in from someone who had received a call from his wife on the way to work. I spent the majority of the day at a coworker's house wondering how I would get back to Manhattan. All trains, buses, ferries, etc. were suspended, bridges and tunnels closed.
The solution turned out to be Amtrak. When I called their customer service line, the representative couldn't understand why I would be questioning the timing of the train or whether it was going all the way to Manhattan. I made it to Penn Station around 8 pm and walked 45 blocks home. The next day we volunteered at the Red Cross and I spent the bulk of the next 2 weeks driving people of varying roles around the city.
Lots of feelings still come back.
Seeing "the mound", as it was called, is something I'll never forget
Talking with the riggers and others I was driving in and out was interesting as they all responded differently to the horror
Driving a psychiatrist in was troublesome. Her pace of speech increased as we got closer. Then stopped speaking altogether when we passed the mound. I had to ask her if she could still do her job. She took some time, but felt she had to ... and she did
Lines of people on either side of the West Side Highway offering food and drinks.
Later in that week or the next week, I got flagged down by a guy looking to get to his apartment. The Red Cross car allowed me into spaces others couldn't go. He began complaining that he was stuck in Italy because of this and was only just getting back. I pointed out that thousands of people had died 10 blocks away. He got even more obnoxious and I ended up throwing him out of the car. I doubt he got past the Marines that were guarding downtown, but maybe he did.
Walking through my neighborhood, there were candles outside of the buildings where people had lived. The candles grew more plentiful each day.
The fire kept burning for weeks. As did the smoke. Constant reminders of what happened.
I still remember going to a pitch meeting in the Citigroup building 3-4 weeks later. We couldn't hold their attention because the investors kept looking out the window behind us to make sure a plane wasn't coming at them.
That's about all I'll talk about until I get to my 5th Scotch.

Expatriated said:
In my office 42 floor of a building in lower Manhattan...

Came out of doing a client demo looking North up Manhattan and saw lots of papers white in the sunshine against a clear blue sky as I walked back to my desk. Someone had turned a radio on that was saying a light aircraft had hit the WTC and another colleague said it was a jet. I called my family in the UK to let them know I was OK. We were transfixed looking at the WTC when the second jet flew almost at eye level past the window and the office went completely silent until someone said "let's get the fuck out of here."

Was in Battery park as the towers came down as couldn't see anything in the dust cloud. Heard the roar of another jet and was wondering which building would be next but it later turned out to be fighter jet. After the dust cleared a bit walked back to the office and made a few phone calls to let our London office know who was OK.

I walked up to my apartment near Trinity Church and packed a change of clothes and my passport as a group of us headed to get out of Manhattan. I walked into Chinatown and it still almost life as normal there which after seeing the stream of dust covered people walking over the Brooklyn bridge was utterly surreal. Got a subway to Grand Central were there was an amazing organization loading one train after a another heading out of town. I was sitting in a colleagues garden with a large drink trying to understand what was happening by 1PM.

When I went back to the office I saw an invite to the FIX protocol meeting that was going on that morning in the Windows on the World restaurant that morning. No one got out alive including a former colleague. I was lucky to be kept really busy working in the following days getting client systems back running.

I still have to change channels whenever the TV shows pictures of that morning or I get flashbacks.
Click to expand...


Similar for me ... we were scheduled to move into our new apartment in Battery Park City, but still at the old place on First Avenue. I got into the office a bit before 9, on the 30-something floor at Penn Plaza a couple miles up the road from the WTC. My friend Doug said "Hey Mike, look at this ... I think it was hit by a plane." We looked through the window at it for a while, I kept thinking to myself why that would happen, the idea of someone doing it deliberately was beyond my thought. I finally cobbled together a thought that the plane must have automatically targeted the radio transmitter on the roof of the building through the LORAN, and hit it. Then, same as you, another plane flew South down the Hudson River, nearly eye-level, and came around to hit the second one.

Then, same as you, that flutter of all that white paper, like confetti. But my mind kicked into overdrive, two planes? I quickly decided that planes all over the country were targeting radio transmitters, maybe some kind of high-altitude nuke or something that killed people on planes. I was ready for the end of the world, so I rode my Snakeboard to my apartment where my wife and daughter were, then found out it was "just" terrorism, relieved that the world wasn't about to end.

But it ended for some people ... I saw a mother sprinting downtown, people just weeping in the street, presumably for people they lost. But you might remember the same as me, for the people who didn't lose their spouse, or friends, it was straight up relief. Wealthy parents who rarely saw their raised-by-a-nanny children played with their kids in the parks, trying to distract them, and the smell of fire wafting up, it was a "better them than me" wartime moment. And all those "Missing" signs for people that were gone for sure, but they still put up the missing signs, as if they might be recovered wandering around with amnesia, hundreds of those missing signs on the lamp posts.

We moved back to Battery Park City pretty fast, considering ... they had vacuumed all of the sand out of the playgrounds, the sidewalks were regularly crowded with people who wanted to see the pit, there was no train that I could take to avoid all that, though I never looked into the pit myself, I couldn't handle it. Then about half of the kids that were my daughter's age got sick with similar things; immune response, respiratory. In retrospect, Battery Park City probably wasn't safe back then, regardless Christine Whitman's claim otherwise ... they wanted to reopen Wall Street. And in retrospect, that was necessary too.

That 60 Minutes documentary is very moving. The interviews with the guys who were there on the ground, and the footage from that day... one moment I remember (didn't know this before), the first firefighter killed was hit by a victim falling from >75th floor.

I was off work that morning, doing chores at home and saw news reports on the TV as I walked thru the room (TV left running, like any good American household). I immediately thought it was an attack and that it was likely other planes were being hijacked simultaneously... just the sick way my brain works. Saw the 2nd plane hit. At that time, one of my brothers-in-law worked in the WTC but the phones were jammed and we did not hear from him until the next day... he also was off work that morning.