A man tries to run to Bermuda in a bubble with nothing but a bottle of water and a couple of protein bars.

I don't know what is scarier. That the coast guard told him he didn't have enough supplies or the fact he made it 70 miles before needing to be picked up.

Your cite refers to him as an "ultra marathoner". Nothing particularly daunting in the distance.

I'd say he has provided proof of concept and it is just a matter of time...

This guy's got nothing on the Mexicans. Here's another group of them about to embark on a 700 mile trip uphill to San Diego.....

Not inherently unsound I guess. Maybe something more football shaped?

....once saw a mistrale hit in the south of france.....100's of beach toys and inflataboats went bye-bye :huh:

Nah, if he had done it without the panic button, than maybe. This isn't even Darwin worthy.

A land not fit for man nor beast.

he really should go over niagara falls in that thing.

the_abandoned_brane said:
he really should go over niagara falls in that thing.
Click to expand...

I think it's cool. All kinds of people walk great distances, why not to the islands? A little R&amp;D and he's good to go.

tikipete said:
I think it's cool. All kinds of people walk great distances, why not to the islands? A little R&amp;D and he's good to go.
Click to expand... 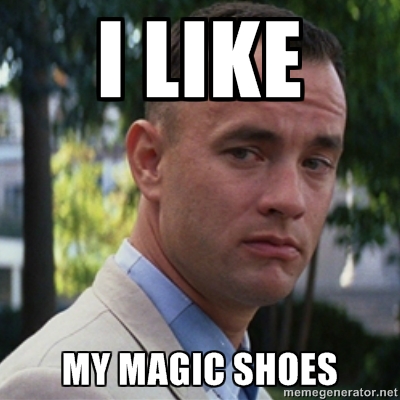 Only if everyone who needs rescuing gets a bill.

A guy in the Chesapeake

Have a ball, Tiki - hope ya get some good pics, too.

Hang the fucking Mayor in the park. Let him feed the crows.

from the state that keeps on giving...

PORT ST. LUCIE, Fla. -- Police say a Florida man stole a chain saw by sticking it down his pants.

Surveillance video from Treasure Coast Lawn Equipment in Port St. Lucie shows the man putting the tool worth, more than $600, down his pants on Oct. 28.

Police tell Scripps Treasure Coast Newspapers that Anthony Ballard had come in asking for $1 worth of change.

Police say employees chased Ballard, who ditched the tool in a wooded lot. The employees called 911 when they saw Ballard return to look for it.

Ballard told police he stole the tool but had a change of heart and wanted to return it.

He was held Thursday on grand theft and burglary charges. Bond was set at $28,750.
Click to expand...

Son of a Sailor