Well, the 60th anniversary of this famous race has been again postponed due to Covid uncertainty that led to some competitors to withdraw. The start date for the 2022 edition will be May 15th, about 3 weeks earlier than the usual early June start. Only 14 entrants are currently signed up so far, all on monohulls. Where are the multihulls? I know of two trimarans that would be line honours candidates given the current entry list, Keith Burrage's Skateaway and Tom Cox's Triad. Both for sale currently and both fast, well proven boats. And there must be others around  that would also also fit the bill. Multihulls used to own this race. Any OSTAR aspirants out there?

I just bought a slow trimaran in Wales, is there a prize for last place? 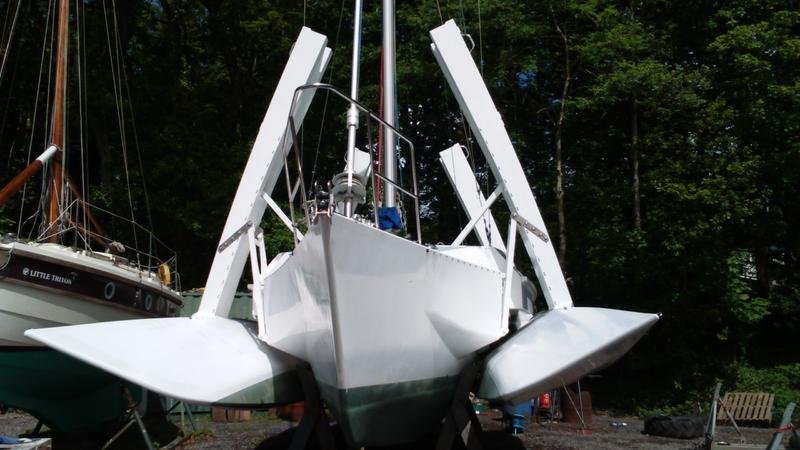 You wouldn't come in last if you entered your 40' Antrim. Go for the glory multihuler.

boardhead said:
Hmm - OSTAR and TWOSTAR running consecutively - interesting I might not be too old for a TWOSTAR  - - - -
Click to expand...

The one sure way of selling your trimaran

multihuler said:
I just bought a slow trimaran in Wales, is there a prize for last place?

Is that a Farrier Commander,  IIRC about 34' long?

unShirley said:
Is that a Farrier Commander,  IIRC about 34' long?
Click to expand... 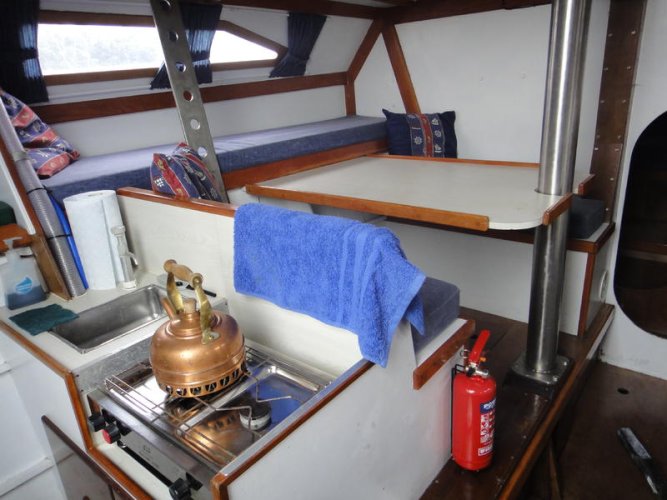 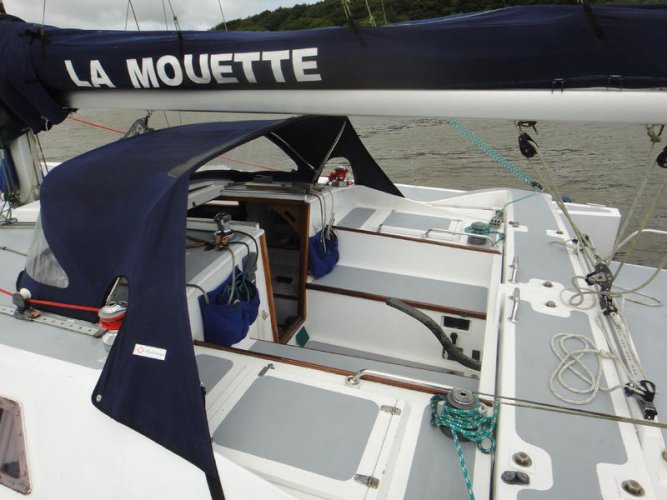 boardhead said:
Hmm - OSTAR and TWOSTAR running consecutively - interesting I might not be too old for a TWOSTAR  - - - -
Click to expand...

So boardhead, would you consider entering Skateaway if you had a certain 57 yr old co-pilot who doesn't think you're too old???

No - how ‘bout that certain 57 year old co-pilot takes her and does his OSTAR and I trade up to Shockwave and russel up some young blood for my TWOSTAR.

Skateaway would be a good candidate for taking on Etienne's 1992 time on Up My Sleeve ( Walter Greene design) of 16 days, 6 hours, 45 minutes. Still a record for Class 3 under 40'. That will be tough to better.

But, if you are last place you got to have more sailing time, I think they have it backwards

I would love to team up with you for a Two-Star! Your boat would offer palatial accommodations compared to TRANSIENT in 1986... I am still amazed to this day that TRANSIENT did as well as she did under her original 'plain vanilla' rig.

I don't think than any of the 50' multis have bettered Etienne's record or any Class 40 monos either. Multihuler, not answering your phone these days?

So what does the &gt;$3k entry fee buy, in terms of support, prizes, etc?

Route du Rhum at €6k is more expensive, but you can probably get more sponsorship. I know a guy who got a complete set of sails, new PBO rigging plus some cash in RdR ‘18 RhumMulti class despite retiring before he even crossed the Bay of Biscay (admittedly the hairiest part of that race). OSTAR 2017 had 15  entries total, RdR had 21 in RhumMulti class alone and &gt;100 overall. RdR looks like a much more pleasant ride as well.

boardhead said:
No - how ‘bout that certain 57 year old co-pilot takes her and does his OSTAR and I trade up to Shockwave and russel up some young blood for my TWOSTAR.
Click to expand...

I see some good discussions ahead this month, skipper.

That picture is of the totally rebuilt Godbey Systems/Newport Blue/Up My Sleeve with carbon beams, accommodation wings, inboard diesel and (I think) new amas. She was sidelined with a failed main halyard in an OSTAR and flipped and was lost in a Route Du Rhum. Etienne set the new, (1992) and still standing, OSTAR 40' class record in the much lighter and as tired as she was at the time, original build.

Jim Godbey built her in Milton, Mass to a Walter Greene design, around 1986 and raced her in Formula 40, privately funded. Later, in an effort to make her more competitive, he gutted the interior - even removing some bulkheads I heard - and she became Newport Blue.

Etienne had the balls to do the OSTAR in this, by now, structurally questionable condition. I was on board talking to Etienne at the finish in Newport where he reported favorable conditions with a surprising amount off the wind under a masthead chute. When I pointed out the masthead on this fractional alloy rig was unsupported he smiled and said "it bends - a LOT" He had beaten the record set in 1988 by Nic Bailly on MTC, (Multihull Trading Company) designed by Nic and built by Rowsell/Morrison who set his time in more average, upwind, conditions in spite of breaking his daggerboard half way across.

Both guys beat all the 50' Class, both were privately funded, both boats were "low tech" strip planked cedar with alloy spars Both guys are remarkable - the OSTAR weeds 'em out!

Just consider who started it:-  Blondie Hasler, the only Cockleshell Hero not executed by the Nazis and Francis Chichester, single handed sailing, with one stop, Around the World and most of the way around in a string bag Gypsy Moth biplane - and they did it on a bet the loser bought the winner a pint of beer.

boardhead said:
No - how ‘bout that certain 57 year old co-pilot takes her and does his OSTAR and I trade up to Shockwave and russel up some young blood for my TWOSTAR.
Click to expand...

My sense of civic duty compels me to offer aforementioned young blood for your TWOSTAR attempt aboard Shockwave!