There's a good old boat,  Piper 24 One Design for sale up in the hills a few hours from where I live, for a pittance.

What's a Piper one-design?  Our mates in Scotland know, but for you guys who are clueless, read what Bob Perry had to say when Cornish Crabber cranked out a few a while ago.

The Piper OD races on the firth of the Clyde, with a bunch of the fleet racing out of the Holy Loch Sailing Club. The Holy Loch is the site of the former USN nuclear submarine base for the North Atlantic.  The Brits have their sub base, the next loch over on the Gare Loch..  57 Piper One Designs were made, then the molds sat. Apparently there's a mold in Bermuda, somewhere, taken off of hull #24, which is also in Bermuda. i THINK.....can't swear to this but I THINK that David Boyd basically trimmed up some lines from the *pant, drool* Gareloch Goddesses and create the  Piper.  Subsequently, around 2014, the Rustler 24 was introduced, which basically is  Piper OD with an aluminum two-spreader rig, updated, but super simple deck layout, sloped coaming sides and some other nice little details.

what the water sees -

and here's a Rustler 24, the "sexified" version of the Piper OD -

VERY very tempted here.  I already have a boat but when I get back from the "Big Cruise"  I wanna be a Gentleman Daysailer.

This is a Gareloch Goddess...Gareloch One Design. 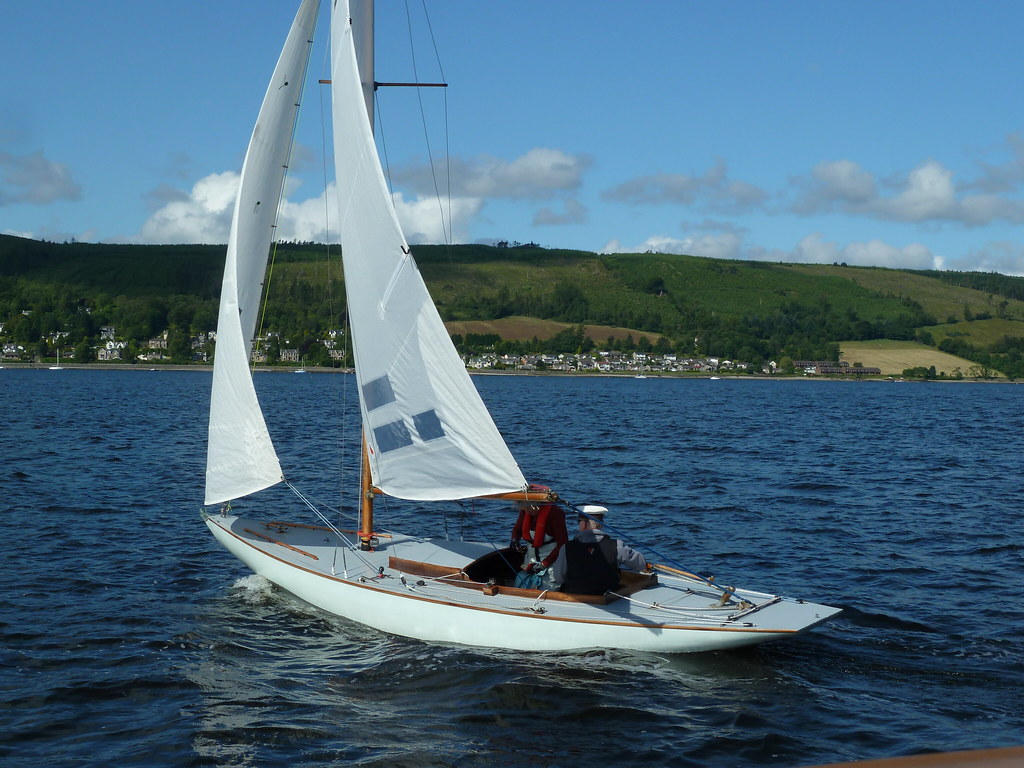 And here is the Gareloch one Design website. - http://garelochod.org/

The Goddesses and the Piper are basically the same length overall.

Here's a Piper scootin' along.

With a smallish headsail on a roller furler, methinks this is how gentlemen go sailing for the day.

Do it! It's a beautiful boat.

Bull City said:
Do it! It's a beautiful boat.
Click to expand...

Those are lovely boats

I think I found the ad.

That pittance will become a small fortune in no time.

You should do it.

Maybe it's the holiday weekend.

Do you know where the boat is? You could just take it and leave a note with your email address.

The town isn't that big, I probably COULD drive up there and find it! LOL

Alan H said:
The town isn't that big, I probably COULD drive up there and find it! LOL
Click to expand...

The owner that the 1-D association has listed lives in the right town. He's a real estate agent and his phone number is listed. I'mma ring him up later today.

Oh shit. RE agents consistently have a high drift factor, about the same as yacht brokers. Good luck.

I called, The voice on the answering machine confirmed that I had the right name.  I left a callback number and communicated that I knew what a Piper One Design was and that I'd sent four e-mails this week.  We'll see.

We're playing phone tag, but I've got the right guy.

Meanwhile, down in Texas...

Finally talked to him.  Hull hasn't been in the water, he thinks in 40 years. He thinks the decks are good.

Some ditzbrain apparently called him up and told him that there was a fleet of them racing in  San Francisco. Riiiight. There are seven, count 'em seven of these hulls in North America. I  now know where four of them are.

it has the original early 70's yellow-anodized  aluminum mast, which all the guys in Scotland swear are faster than the newer sticks.  Tires on the trailer are &lt; 4 years old. No sails.  They'd be shite, anyway, so it doesn't matter.

I gotta convince the Admiral at home to go for this, but if I can pull that off, I'mma gonna pull the trigger on this one.

Alan H said:
I gotta convince the Admiral at home to go for this, but if I can pull that off, I'mma gonna pull the trigger on this one.
Click to expand...

Alan, the guys are getting impatient. How's it going?