My good friend and skilled designer Laurie Davidson has died. I just got an email from Ron Holland.

Here is a photo taken two years ago of Ron, Laurie and I when we got together for a day at my shack. We ate well and drank even better. It was a great day of endless yacht designer bull shit. Laurie promised to come back to the shack but now that won't happen. He was a wonderful, warm and friendly guy. I will miss him. 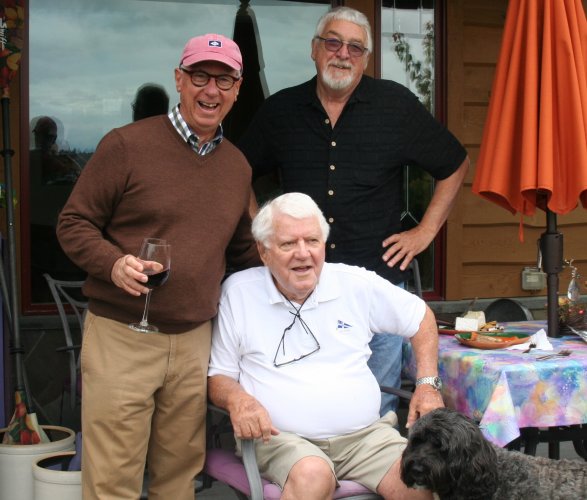 I am so sorry to hear this! But I liked that you three had a good time getting together and keeping up.

Seems like every time I open SA someone has died.  I surveyed many of his yachts and had the pleasure of helming The first (Purple) Pendragon.  Fair winds and following seas Laurie.

As a past owner of a Dash 34, this makes me sad.  Thank-you, Laurie, for all the amazing sailing experiences my crew and I had on your incredible design.  Fair winds...

I'm so sorry for your loss, and all of ours in the sailing community, Bob.  Seems like just last week, you posted another friend who sailed over the horizon.  Keeping a thought for all closely involved.  Fair winds.

Sad news. I met Laurie in 1976 in Corpus Christi when he was with Fun, then several other times at various boatyards where he was usually with some new Pendragon. I always felt honored that he'd take the time to talk to a nobody like me. A nice guy who drew some very cool boats.

Farewell to one of the best. How many other designers had AC winners, world champion Ton Cups, Dinghies (Mythos) and a nice range of ferro cement cruisers? I had one of his IOR40 1 tonners - Archon

RIP Laurie. Wish you could have done a Zoom with Bob like Charlie Morgan did last week.

I’m reading “One Watch at a Time” by Skip Novak about sailing/continuously fixing Drum while racing the Whitbread. Says Laurie was the fastest driver and could stay fast and focused for hours.
Fair winds and following seas.

Um are you thinking of Lawrie Smith?

Here are some fun photos from our day together. You may have seen them before but now they are very meaningful to me. Tim O'Connell drove Ron down from Vancouver. I invited Kim Bottles, Mr. FRANKIE, over and Laurie came with his wife. Here I am signing Laurie's copy of my book. Here is Laurie signing my copy of my book and here we are at lunch, photo taken by Jill, my wife, having a rollicking good time. 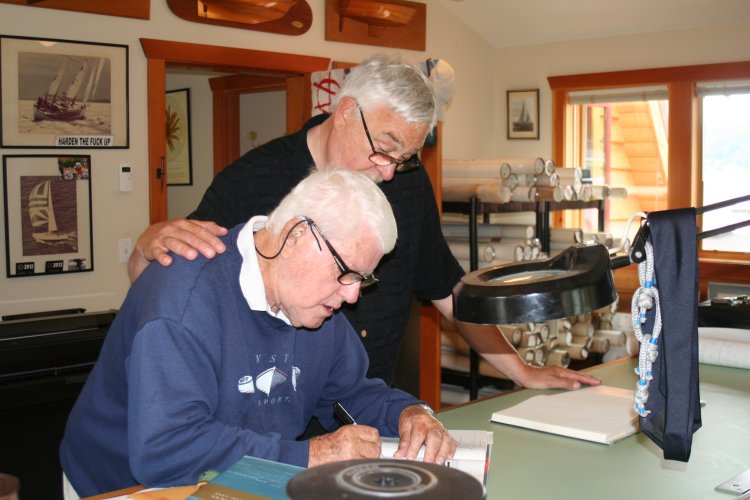 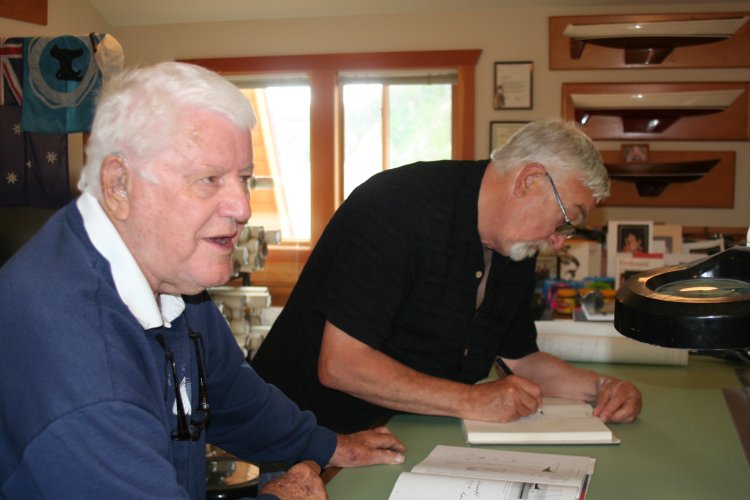 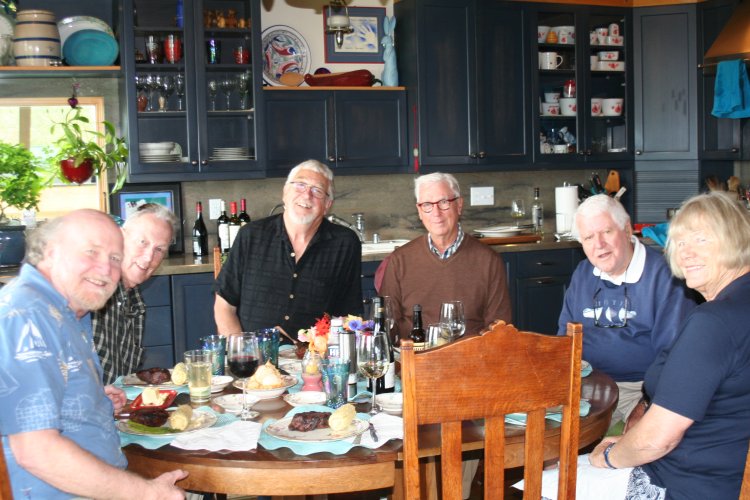 There will be plenty of accolades and stories to come from many people over the coming months and I look forward to hearing them. Born in 1925 he had an outstanding career and was a real mentor to myself.

I knew of the legend of Laurie as far back as the mid 1970’s when I was a boy in Canada dreaming of one day becoming a yacht designer. Davidson, Farr, Holland, Whiting, Olin Stephens, Doug Peterson, Bill Lee and more were all heroes of mine. I first met Laurie once I arrived in NZ and started working at Ian Franklin Boatbuilders in the mid 1980’s where we were building a couple of his ¾ tonners.

Years later in the early 1990’s I had set up my own design business in Auckland and we met again when he needed some computer work done for a large yacht he was designing for an American client. We were friends and design partners ever since sharing many design projects together over that 30-year period.

“Fair winds and following seas” You will be missed Laurie.

A sad, sad week.  Good men, talented men, gone on.  To all his close friends and family, you are in our thoughts.

So sad to hear.

I think I told you how thoughtful and kind Laurie was during the 1995 Cup in San Diego. My father had been inactive with racing for 20 years or so and was marveling at Black Magic's underbody and foils. Mr. Davidson spent 20 minutes explaining advances in yacht design and answering all of my father's questions. Truly a gentleman!

That's a shame. But I knew in his early '90's maybe? We didn't swap Xmas cards or anything but knew over the years. This shot (mine) is at the '78 3/4 worlds with the first purple "Pendragon". Pretty radical on the day when we were building pintailish IOR designs by Mull, Peterson etc.

Laurie to the right during measurements being done. 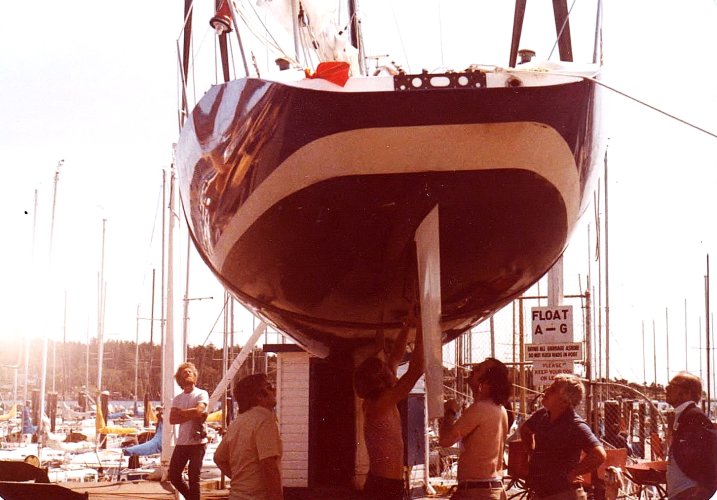