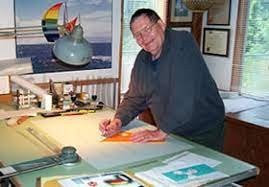 Fair winds and following seas. I loved the Morgan 38 he did.

The world is a better place for the boats he designed. Sorry to see him go, my condolences to his family.

As sad as it is to see the greats cross the bar, the product of their vision live on in the adventures of we sailors and is but a small condolence for the loss.

Thank you for letting us know, Bob. I will think of him today as I go sailing.

He will live on in our minds and his legacy in our waters.  Another, we will always (have good reason) to remember

view at the front

I did some architectural work for Ted, and he then hired me to do some presentation drawings of his designs.  I liked Ted a lot.

From soldier to yacht designer - not your average career path.

He had very sensible attitudes about the realities of what cruising boats needed to serve their crews well.

The most experienced offshore sailor I've ever known said his dream boat was one of Brewer's Olympic Adventure 47's. You don't suppose that Peterson was influenced by it when he drew his 44 do you?

RIP Mr Brewer.      Was poking around and found this:

The author of the Brewer Bite.

I have lusted after the schooner “Tree of Life” since I first saw her line drawings.  One of Brewer’s best sheer lines.  What a boat. Rest In Peace.

A favorite of mine as well 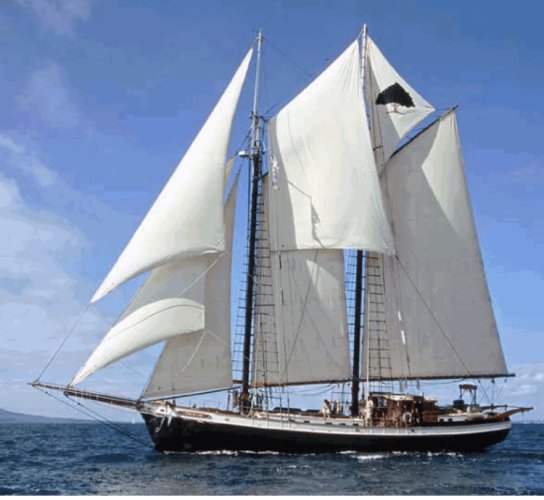 Ted Brewer had a lasting impact on his alma mater, Westlawn.

After Westlawn, Ted founded Yacht Design Institute (YDI). In the early 2000s, YDI was sold to Westlawn and the course material incorporated into updates to the Westlawn courses. Some of his management principles were also adopted by Westlawn's current processes.

Eight bells for Ted Brewer: On Sept. 30, 2021, the world lost one of its greatest yacht designers and draftsmen. Ted Brewer died at his home in Agassiz, BC at the age of 88. Edward "Ted" Samuel Brewer, was born in Hamilton, Ontario to Edward James Brewer and Irene Doris Brewer. He grew up roaming the Navy docks, where his father was chief petty officer at HMCS Star. By the age of 15 he was an avid boater and enjoyed sailing the Navy's 14-foot dinghies and 26-foot whaleboats.
Ted would later join the army and in 1953 became a lieutenant. His company commander suggested he pursue his passion for boating and Ted took his advice, resigning his commission and going to work in Toronto as a yacht broker for George Cuthbertson, who would later found C&amp;C Yachts.
After taking a design course from the Westlawn Institute of Marine Technology, he began working with renowned designer, Alfred Edward "Bill" Luders, in Connecticut. Bill would become a close friend, mentor, and father-like figure in Ted's life. Together they worked on two America's Cup boats: The Weatherly (1962) and American Eagle (1964).
In 1967, Ted struck out on his own, opening shop in Brooklin, Maine. He designed Black Velvet, a precursor to the Whitby 42, a cruiser that would go on to sell over 230 hulls and launch his career as a yacht designer. In partnership with Bob Wallstrom, he produced over 100 custom and production designs.
Ted popularized fin keels at a time when most cruisers had full keels. His efforts to cut away as much keel as possible resulted in the "Brewer Bite," one of his signature design features. He also pioneered a radius bilge method for building metal hulls in the 1970s.
In 1979 Ted moved to Washington state. Over the next 20 years, he produced 160 more designs including the Whitby 55 ketch, the 45' schooner Sophia Christina and the 70' schooner Tree of Life, winner of the 2000 Antigua Race Week and named the most beautiful yacht of her class by Cruising World Magazine.
While living in Anacortes, Ted met his wife, Betty. Their first date was aboard a sailboat that Ted had designed (a Nimble 30). Betty was "swept off her feet" and the two married in 1988.
In 1999 Ted and his wife Betty moved to Gabriola Island, B.C. where he designed a few more custom yachts, sold stock plans, lectured at the Silva Bay Shipyard School, and wrote for boating magazines.
Ted was a witty and wonderful storyteller, sharing his love of design and boating with a large readership. In addition to contributing to several sailing magazines, he wrote three books "Understanding Boat Design", "Cruising Yacht Design", and "Ted Brewer Explains Sailboat Design."
In June 2006 Ted and Betty moved to Agassiz, BC. Ted retired, having completed 270 designs throughout his career. Though no longer actively drafting, he continued to sell plans and correspond with fans of his designs.
Ted leaves behind his best friend and wife Betty Brewer of Agassiz, B.C. Also missing him greatly are her two daughters, Rose (Joe) Mann of Omak, Washington; and Susan (Garth) Sandberg of Coupeville, Washington; her son, Paul (Katie) Record; and the six grandchildren and two great-granddaughters. He will be missed by countless friends and fans in the sailing community especially those sailing around in his "babies", as he always called his designs.
There will be no public memorial, by his request. His ashes will be scattered at sea at a small family memorial at a later date.
Donations in Ted's honor may be made to the Museum of the Great Lakes, in Kingston, Ontario, or to any animal charity of your choice. As Ted would say: "May you have fair winds and following seas." 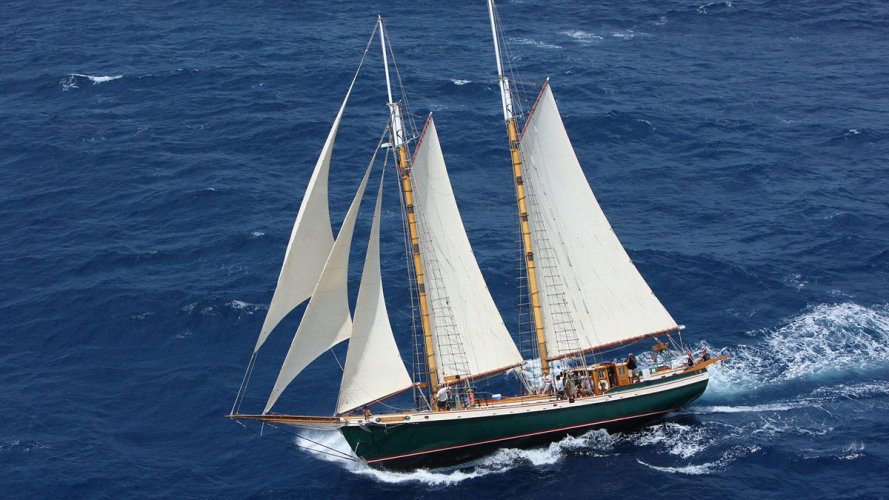