Luiz is going to get the 105's rounding order next. Decision is already back down here.

That must have been one hell of a first beat. Check out what Savasana did!

And wait til you see the pics we just got of Melges 32 Vamoose going backward with the kite up at the leeward mark. OOPS!

Yvonne.com and Rush split at the leeward mark, just after Loose Fish (J/120) totally screwed the Hendo Minor Threat. MT had overlap by a ton and Loose Fish called out "Don't go in there."

Also, PHRF B at the mark:

Winds will be on the increase with a persistent right shift until 170-180 on your course for the balance of the afternoon.

The front that is approaching is about to pick up gulf moisture and by 1500HRS this afternoon I expect watches and warnings for T-storms and possible tornados across the lower Mississippi valley, western Florida, Western SC and GA.


OMIGOD, that thing looks like its going to explode! 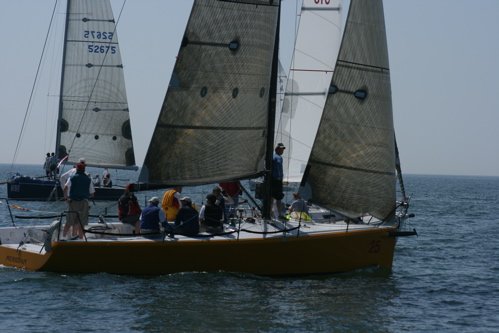 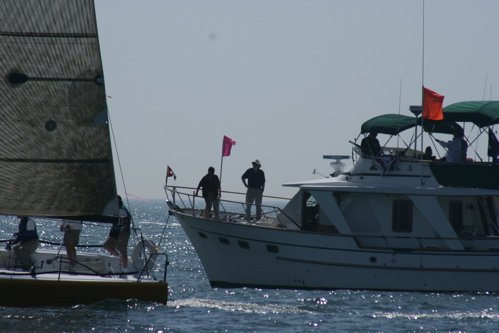 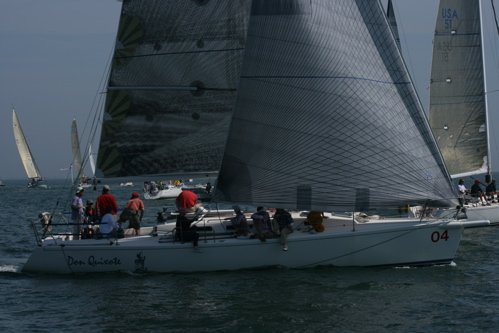 Quick interlude - we're on the shore course now transferring a photog and media chick to another boat, and we're watching the melges for a few minutes. Here are the first leeward mark roundings:

Team Gill just rounded the top mark about 20 boatlengths ahead of the fleet. GO SIMON!!

But here's the funny part - Outrageous lost the foot of their kite on the hoist and rolled over it, coming to a screeching halt. There's a big catamaran out here with about 50 spectators aboard, and they all cheered and whistled as the Chameleon rolled by them - Outrageous didn't get going until they lost three boats!

Then Geronimo did the same thing, and they're still going backwards.

Breeze is up to 12 or so - fucking great racing!

Pics from before on the ocean

Melgi back on the way up...and some more pics coming. 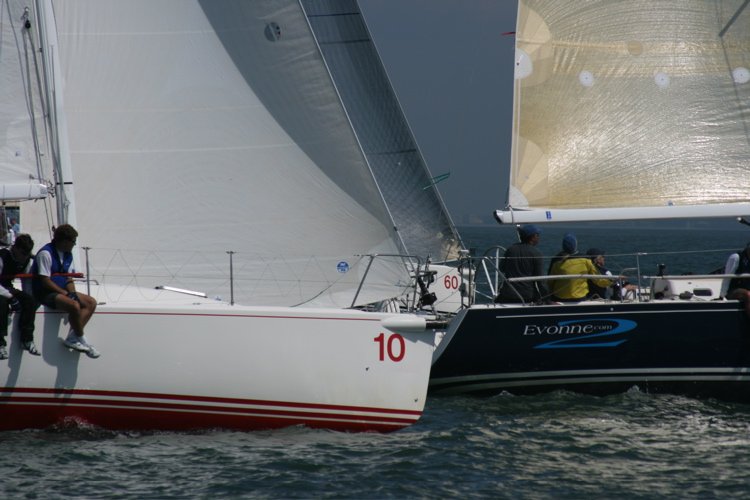 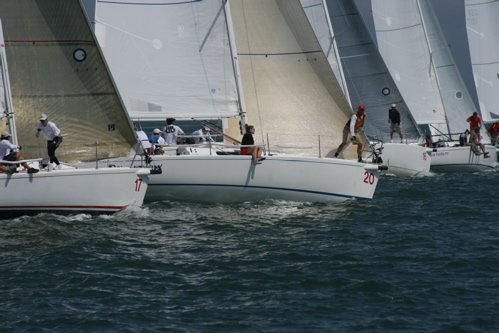 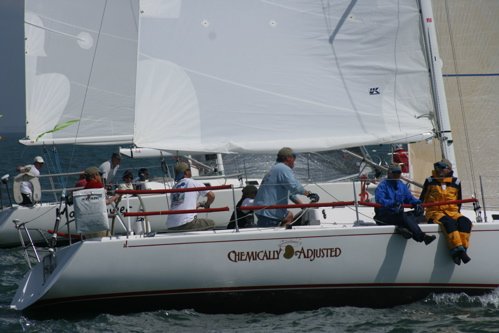 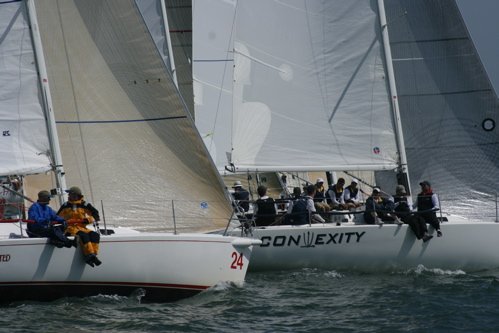 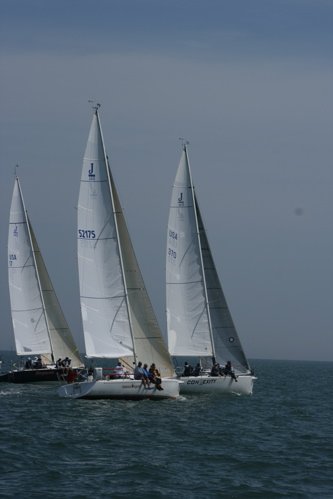 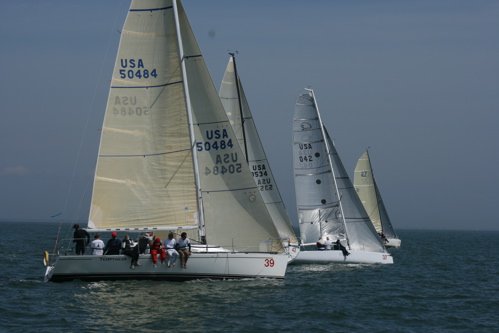 okay, the last of Mer's pics from the ocean course. And yes, BJ, I know her sensor's got a smudge on it...no time for Photoshop out here, bro. 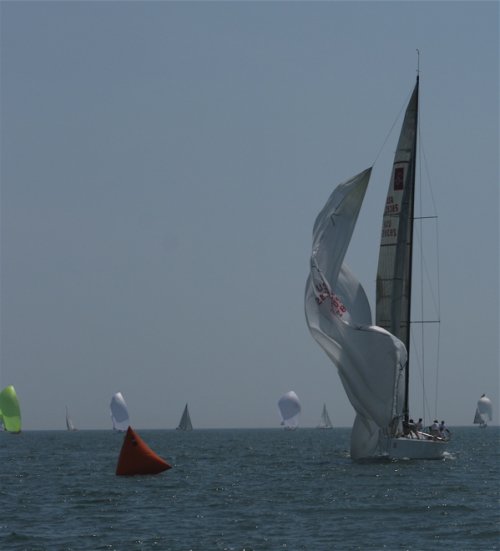 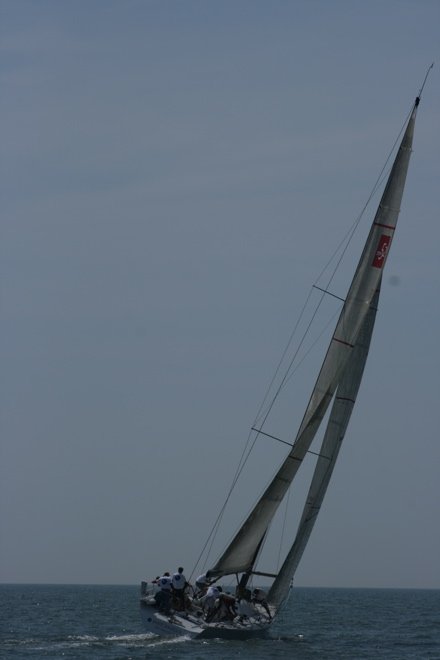 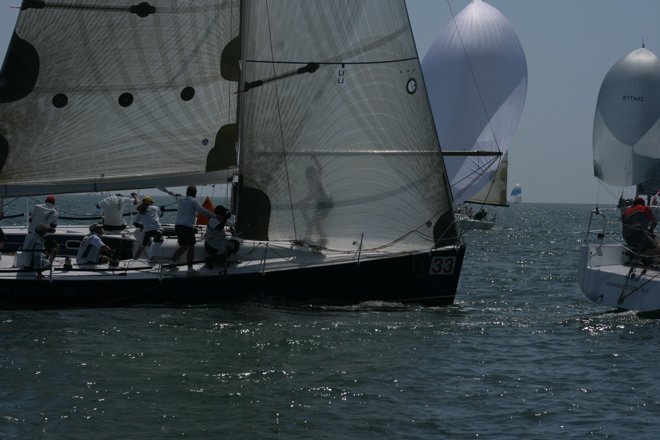 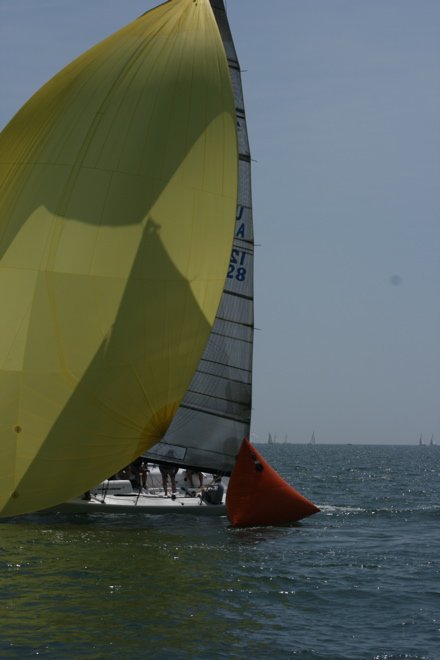 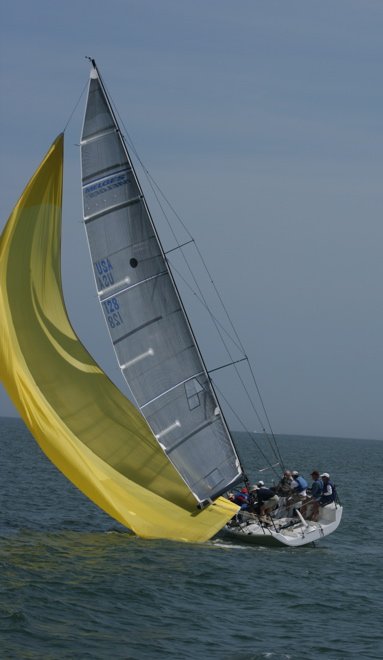 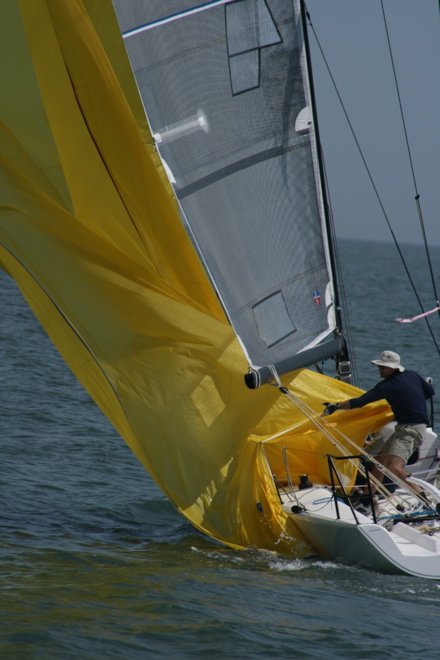 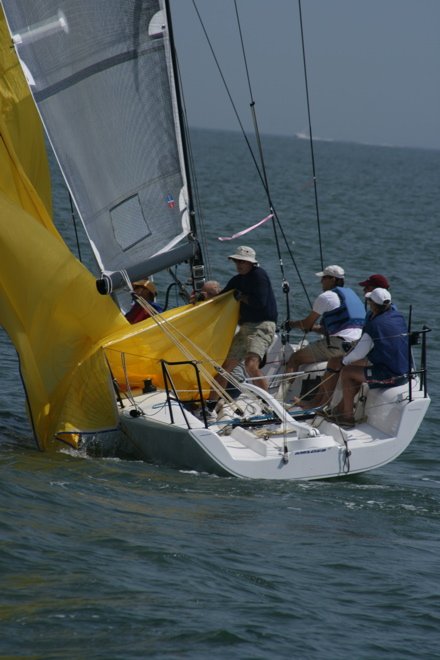 One more race ahead - it looks like the RC knows it's 50/50 at best for racing tomorrow. We're headed to the start.

Okay here are the rest of those ocean pics. 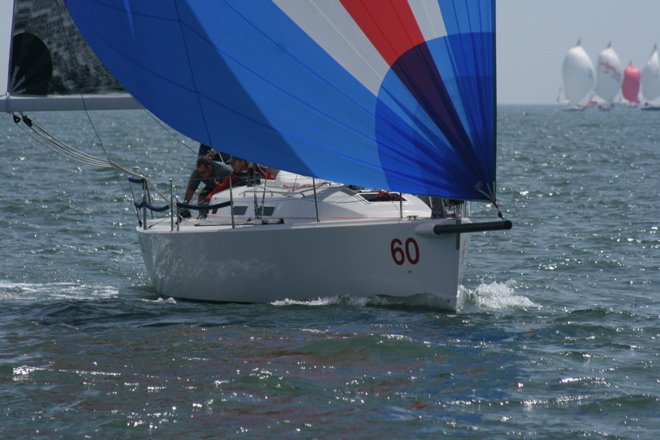 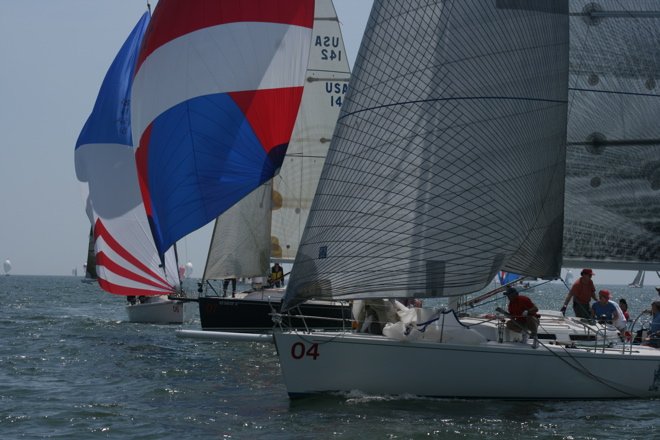 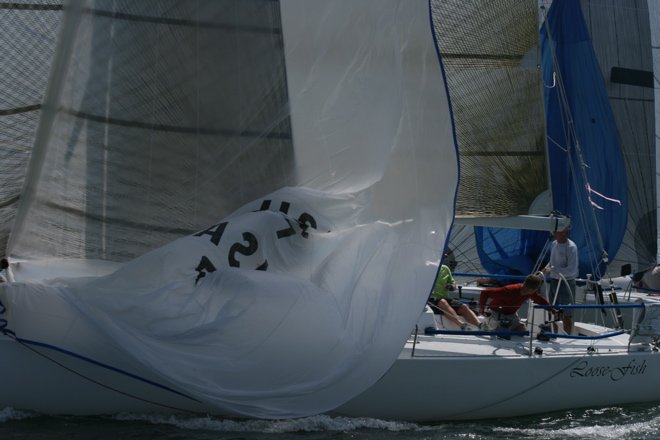 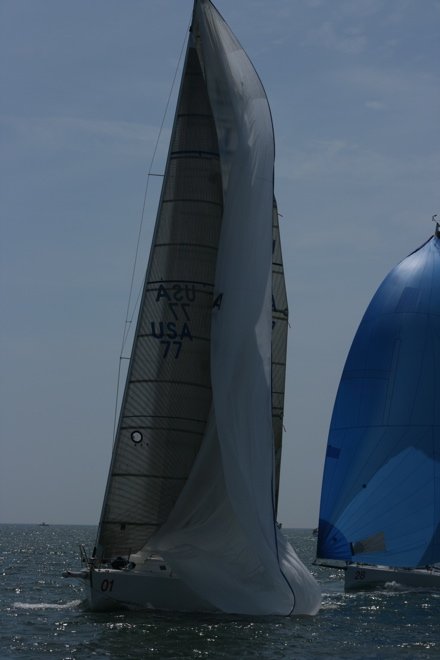 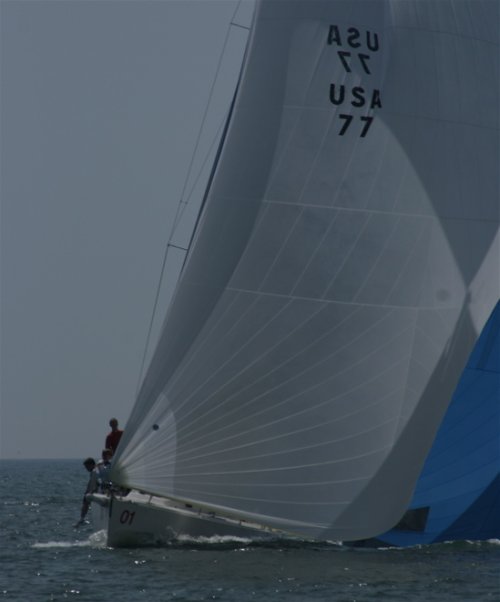 Sorry for the delay - the wind is doing some weird shit...It's only blowing 5-7 now, and it's back down to 120 degrees as the clouds start to roll in. They're getting puffy and big, and I think everyone is waiting to see the huge southerly shift that's somewhere in there.

Results are going up, check 'em out... http://www.yachtscoring.com/event_results_cumulative.cfm

Gettin set for a Melges start.

My boys on Team Gill just had a ridiculously good start - they're getting dialled in now for sure. Madrigali had them at the RC boat, a touch late, and they tacked away to the right immediately. The current is unbelieveable out on the left, and they squirted so fast and so hard. We'll see if it paid off when they get to the bottom in a few.

J/24 Short Bus did the exact same thing, and they're gone. Behind them were Classic, My Heine, and Kia Ora

The rest of the classes saw everything, and now they're going to be crowding the hell out of the boat.

Wind is holding at 120 degrees, 7 knots, and we're all waiting for the big righty - but in this case, the current said "go right" as well.