Should be some fun reading -

Let's hope that a whole bunch of scum gets cleaned up with this. This is a dagger to the heart of white supremacy and domestic terrorism.

Meh, It'll blow over like Hillary's server and Hunter's laptop.

Unproven RWNJ propaganda, as opposed to the real thing here....

Wait a second, are you saying the attack on the nation's Capitol Building was real?  I thought all those live broadcasts were fake video. 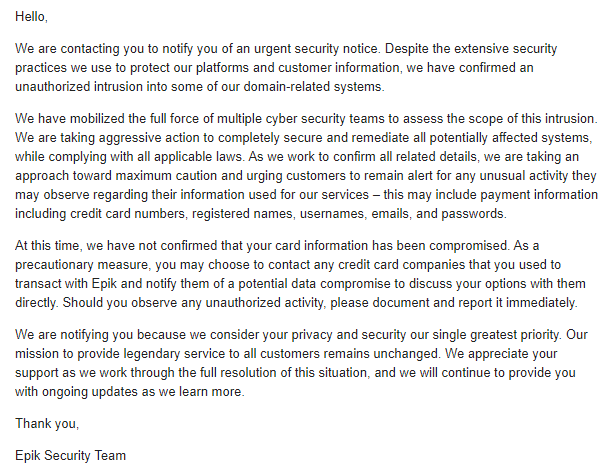 that would suit you, wouldn't it moran? keep the whole fucking depraved pit of shit in the dark so it can continue to poison its surroundings unobstructed. fuck me, that's an 'odd' rational, very right-wing.

Funny, Hillary's use of a server was proven and so has Hunter's laptop.

OBTW the DNC servers were also compromised by Podesta.

3to1 said:
that would suit you, wouldn't it moran? keep the whole fucking depraved pit of shit in the dark so it can continue to poison its surroundings unobstructed. fuck me, that's an 'odd' rational, very right-wing.
Click to expand...

Pretty much what the "free press" has signed up from with the DNC.

Saorsa said:
Funny, Hillary's use of a server was proven and so has Hunter's laptop.
Click to expand...

And how did State Dept stuff get on Carlos Danger's laptop?

Saorsa said:
Pretty much what the "free press" has signed up from with the DNC.
Click to expand...

clarify, I don't get what it is you're trying to say here.

The reaper is coming.

The colossal hack of Epik, an Internet-services company popular with the far right, has been called the “mother of all data lodes” for extremism researchers. Some of those named in the data have already lost their jobs.

In the real world, Joshua Alayon worked as a real estate agent in Pompano Beach, Fla., where he used the handle “SouthFloridasFavoriteRealtor” to urge buyers on Facebook to move to “the most beautiful State.”

But online, data revealed by the massive hack of Epik, an Internet-services company popular with the far right, signaled a darker side. Alayon’s name and personal details were found on invoices suggesting he had once paid for websites with names such as racisminc.com, whitesencyclopedia.com, christiansagainstisrael.com and theholocaustisfake.com.

The information was included in a giant trove of hundreds of thousands of transactions published this month by the hacking group Anonymous that exposed previously obscure details of far-right sites and launched a race among extremism researchers to identify the hidden promoters of online hate.

After Alayon’s name appeared in the breached data, his brokerage, Travers Miran Realty, dropped him as an agent, as first reported by the real estate news site Inman. The brokerage’s owner, Rick Rapp, told The Washington Post that he didn’t “want to be involved with anyone with thoughts or motives like that.”


Just like the trolls here trust PA/SA to be able to keep their identities secret too . .

It is called personal responsibility


Just like the trolls here trust PA/SA to be able to keep their identities secret too . .

Ollie, you need some help bud.

You are not as vicious as some, but are on the list nonetheless.

AJ Oliver said:
Just like the trolls here trust PA/SA to be able to keep their identities secret too . .

It is called personal responsibility "these people made me mad!"
Click to expand...

Ollie, gotta say I reported this post. Outing people is one of only two rules here Bud. I'd say, and I surely will say in court if it comes to that, that by posting on the forum, you've accepted all both rules. It's probably in the fine print. If so, and people can show damages, you will be the one paying which is probably not how you picture this working out if you've given it any thought at all.


AJ Oliver said:
You are not as vicious as some, but are on the list nonetheless.

And just now reported this post. Your personal twisted knickers and the total intestinal block in your sick old body will be your own petard. I suggested a time out was in order but the mods claim they are sick of this shit so maybe you'll skate. Or maybe I'll get a time out. Who can say?

And the "we're" is a reference to whom ... exactly? Is this is what VFP is up to because you know I think the whole "Golden Rule" voyage and cross-country tour is precisely a Trojan Horse for uber leftist Christian bad behavior as I have indicated in the past. I am comforted, somewhat, by the certain knowledge that you and yer buds have been infiltrated -- you studs are on the FBI's list -- and are likely toothless old fucks anyway.

I loved this part. If you manage to googlefu/NSA the cathouse, you will find an old counter culture ponytailed dude who ain't skeered of much and I will give him full authorization to release my name if the option is that your little gang of old toughies will blow up his house.

[I actually hate house sitting and will be thrilled if you can get me out of it though I will miss a few weeks of cable tv a year. I do the house sitting mostly because I can with little hassle. I see it as community service, and do not accept financial gain. When you live on a boat, people tend to think you can't eat well, or poop in a toilet, shower and like that. They think they're doing me a favor. I house sit in two other homes so get me out of those too please.]


Thanks for the laughs Ollie, and the opportunity to create some weird shit. It's what I do. I have asked the mods to fix my ignore button and if that happens, I will happily ignore you in the future. You're like a wet cat turd in the litter box ya crazy old fart. Go away.

Check out FOX News.  They are still kicking that dead horse.