A truly great journo passed away. Famous for his three interviews with Osama Bin Laden, but his The Great War for Civilization is fundamental - just skipped the chapter on Armenia, because it was unbearable

Worth following the rabbit hole.  Another hero without enough recognition.

One of The greatest Journalists on ME.

I loved his columns. A joy to read, even when the subjects were not.

The Independent paid tribute to a journalist who was “renowned for his courage in questioning official narratives” and publishing “frequently brilliant prose”.

“Fearless, uncompromising, determined and utterly committed to uncovering the truth and reality at all costs, Robert Fisk was the greatest journalist of his generation,” said Christian Boughton, editor of the Independent until last week and now managing director.

“The fire he lit at The Independent will burn on.”


Fisk joined The Independent in 1989, after falling out with the Rupert Murdoch-owned newspaper The Times, which he had initially joined as Northern Ireland correspondent in 1972.

During his decades-long career, he covered key international events including the Lebanese civil war, the Soviet invasion of Afghanistan, the Iranian revolution, Saddam Hussein’s invasion of Kuwait, conflicts in the Balkans and the Arab Spring. 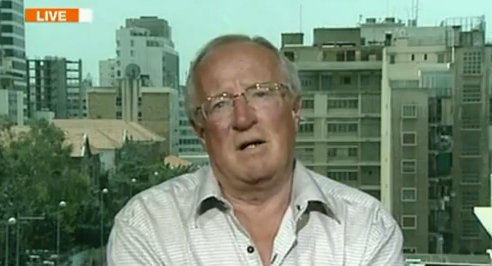 Robert Fisk was renowned for his reporting on Middle East affairs
The Irish Times said he was planning a return to the Middle East shortly before his death.

“The world of journalism and informed commentary on the Middle East had lost one of its finest commentators,” Irish President Michael Higgins said in a statement, paying tribute to a man he said he had known since the 1990s.

Fisk was particularly renowned for his war reporting.

He won the Orwell Prize for Journalism, as well as receiving the British Press Awards International Journalist of the Year and Foreign Reporter of the Year on several occasions.

Fisk was one of the few western reporters to interview al-Qaeda leader Osama bin Laden.

He was accused by critics of siding with the government of Syrian President Bashar al-Assad in his reporting on the Syrian war.

His books included The Point of No Return: The Strike Which Broke the British in Ulster; Pity the Nation: Lebanon at War; and The Great War for Civilisation – The Conquest of the Middle East.

Journalists and columnists in the Middle East and around the world paid tribute to Fisk on Twitter, calling him “fearless”, a “giant in journalism” and one of the “few honest Western chroniclers of the war &amp; intrigues imposed on the Middle East”.

Many also, however, took issue with his coverage of the Syrian war.

Some lovely comments in Aljaz