I know this is a new product.

Does anyone have experience with them yet?

Which halyard lines work well with them?

How much do they slip initially?

Is a cunningham always needed for all low stretch halyards and sails?

Hoping to get a few in the next few weeks, will keep you posted. I would expect them to be diameter sensitive much in the same way the Cousin/Ronstan Constrictors are.

I suspect they may be the same as the Ronstan ones, work very well for a while then the internal case wears/fibres align whatever and then they slip. Case is not that dear on the Ronstan ones though.

Not so good for spinnaker halyards as they create a fair bit of drag.

The Spinlock appears to use a shorter “constrictor” than the Cousin Trestec/Ronstan one which may reduce friction, on the 3600 our pit area has been completely switched to the Ronstan constrictors and spinnaker drops can be difficult sometimes but I’d happily take that knowing that it can hold the kite halyard with code 0 rigged and tensioned on it... 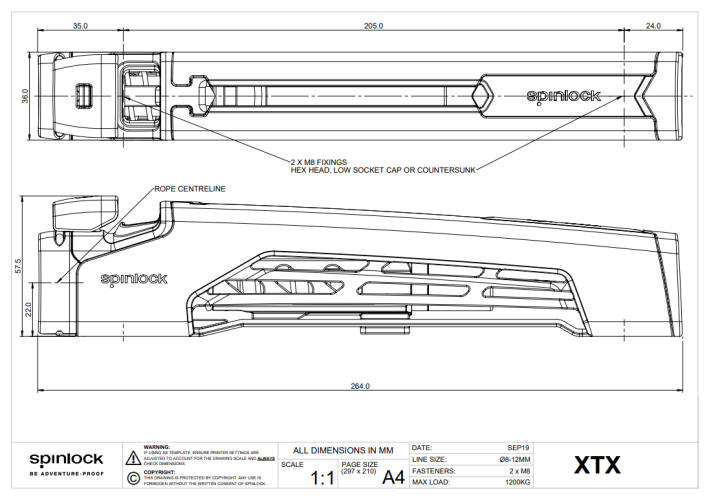 bushsailor said:
work very well for a while then the internal case wears/fibres align whatever and then they slip
Click to expand...

Would a metal braid help with that? 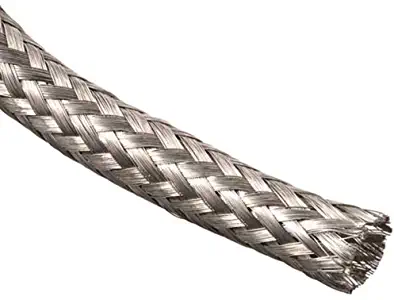 JL92S said:
The Spinlock appears to use a shorter “constrictor” than the Cousin Trestec/Ronstan one which may reduce friction, on the 3600 our pit area has been completely switched to the Ronstan constrictors and spinnaker drops can be difficult sometimes but I’d happily take that knowing that it can hold the kite halyard with code 0 rigged and tensioned on it...
Click to expand...

I have emailed Spinlock since I received their new price list and still no XTX in the USA. The marketing director said end of April at best. I was actually the first to introduce the Cousin Trestec constrictors clutches in the USA (now distributed in the country by Ronstan). At the time (building Pogo2s) we were offering the constrictors as an option on the boats (12 or 13 clutches total - can't remember). I never looked back and always used them on my boats.

I agree with the additional friction when taking a spinnaker down. As you know, you are supposed to match size. however, the constrictor still works if you were to use a smaller line in the clutch. Therefore, when I have to install a constrictor on a 8mm (or 5/16") spinnaker halyard, I will use the 10mm constrictor model. It works really well. Also, using blended cover (technora/polypropylene) isn't the best. You don't need the high tech cover on the spinnaker halyard and a regular cover will still lock in the clutch without as much friction when the clutch is open.

This is to say, however, that I can't wait for the Spinlock XTX to arrive in the USA. I have ordered 4 to test out in replacement to the constrictors that I have. There are shorter, therefore easier to install pretty much everywhere on the boat. Spinlock is the leader in clutches so I am sure that product will be outstanding.

With the UK closed because of corona virus - nothing is moving at the UK location. I heard the parts are waiting to be assembled; just no one to assemble, package and ship them to the US. I have a dozen on order and Im pretty sure no one in the US has received an productions versions.

Waiting is the new " to do"

I'm excited for these. I've been using textile clutches for about 6 years now and absolutely love them. A couple of the drawbacks of traditional textile clutches is their large footprint, and I've had people not familiar with them trip them by mistake a couple of times.

It seems like Spinlock have addressed both of those issues, but I agree with whoever was curious about slippage, but more so in the case of initial clamping. I've never had a problem with them slipping over their lifespans (although we've had the constrictors break at sea, which is a pretty simple repair). I'm more concerned about the fact that you can't milk these forward to eliminate the initial slip, although maybe the spring part helps with that? you can have an inch or more slippage without milking with traditional textile clutches.

Wow, just watched the promo video. Those things are bitchin. Seems like a pretty good way to save a bunch of pounds over a traditional clutch system if you don't want all the trickyness and fiddlyness of a traditional textile clutch.

I did get a response from the USA marketing fellow who basically said to really use 10mm, and not 3/8" line. He said US manufacturers tended to make lines that were actually 3/8" (which is 9.6mm) and that is too small for the 10mm XTX.

"If it’s too big it simply won’t go through the braid and will have way too much friction when easing. Then anything below the design diameter you just start losing holding power and start losing it quickly unfortunately. We do not currently have a chart or figures for the degradation of line holding. But I can tell you on a less official level that as long as you are purchasing a line from a manufacturer that markets and sells the line as 10mm or 8mm you will get the proper rope holding."

On my Olson 40, my highest halyard loads are about 550kg. So plenty of safety factor with the 10mm line, and even with the 8mm line. 8mm is only 2/3 the weight: 11.5 lbs vs 16.6 lbs weight aloft. Problem is my Harken self tailing winches, where 8mm barely works.

So I am waiting for availability: these sound like excellent products.

On the floor, I've fallen and can't get up.

I tried the XTX clutch but ended up returning it.  The size range on these clutches is very narrow.  If you compare a handful of lines of the same nominal size you'll notice the actual sizes varies quite a bit.  I have an 8mm line which is actually 8.3mm (measured with a micrometer) and I couldn't get it to thread through the clutch braid.  Even if I could  there would have been way too much resistance when the clutch was opened.  For comparison I've been using the same line through an 8mm ronstan/cousin constrictor clutch and it's always worked fine and feeds through no problem.

I think the reason the size range of the xtx clutch is so narrow is because the length of the braid is much shorter than the ronstan constrictor braid.  I thought about maybe trying a 10mm xtx or waiting until they come out with a 9mm xtx but I decided I'll stick with the ronstan constrictor.  The constrictors are not perfect but I think it's still the most reliable and best thing out there.  Just my opinion and experience though.

I was really excited about the xtx and wanted to like it, on paper it seems like such a great idea.  The reasons I'll be staying with the constrictor clutches:

1) If you ever change lines you'll have to make sure it's the exact size or change the clutch.

2) Lots of moving pieces to the xtx and after messing with it for a few frustrating  hours trying to make it work I began to really appreciate the simplicity of the constrictor clutch. There's not much that can break or go wrong with the constrictors.  For example, there is a cap that holds the braid in place on the xtx which popped off while I was trying to thread my line through it.  I was able to get it back on but the braid wasn't exactly seated right after that.

This is just my opinion and experience, it may work very well for someone else, just make sure you have the exact size line.  Who knows though, maybe curiosity will get the best of me and  I'll try again with the 9mm version if they come out with one and have a different opinion.  Then again, the constrictors I already have work well, are dependable and best of all already paid for.  The xtx clutches are not cheap at about $200 each.

I wonder how difficult or expensive it would be for Spinlock to provide interchangeable braids for different line sizes.

On the floor, I've fallen and can't get up.

TJSoCal said:
I wonder how difficult or expensive it would be for Spinlock to provide interchangeable braids for different line sizes.
Click to expand...

They offer an 8mm, 10mm and 12mm braid replacement although I don't know how much they cost or how difficult they are to get. It includes the entire spring mechanism and braid so it's probably not cheap.  They really need to make a 9mm and 11mm since the braid is so sensitive to sizing but those aren't offered as of now.