Jim in Halifax said:
So, how are you affected by the new, two-phase lock down just instituted?
Click to expand...

It's no longer two phase. PuXi went under lockdown this evening. I can't leave the hotel. No one in or out, not even staff. I get tested every 48 hours. 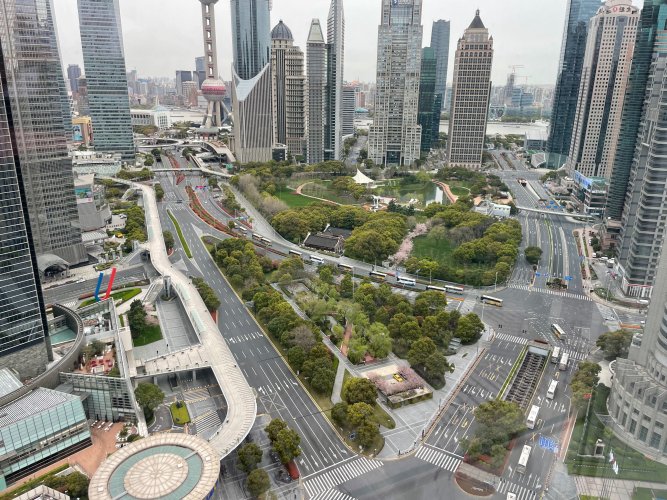 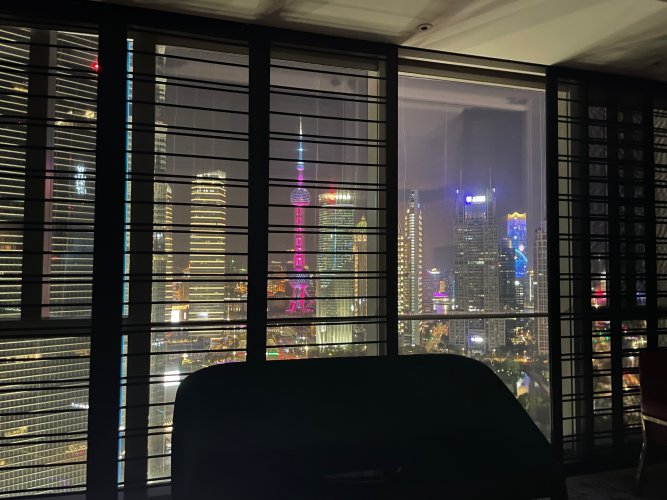 Well good luck. Stay safe and stay sane. Maybe start planning a cruise for when you get back - virtual gunkholing.

Elegua said:
It's no longer two phase. PuXi went under lockdown this evening. I can't leave the hotel. No one in or out, not even staff. I get tested every 48 hours.

Helluva view, but it's got to be a little lonesome.

At least you've got your dysfunctional SA fam to keep you company. And give the internet monitors something to scratch their heads about. "What is meaning of gunkhole?"

Elegua said:
It's no longer two phase. PuXi went under lockdown this evening. I can't leave the hotel. No one in or out, not even staff. I get tested every 48 hours.

These are the first posts I've ever shown my wife on CA.

Although she still thinks everyone here (besides me), is an internet axe murderer, she is aghast, as am I. 3 weeks in that room, that seems harsh.

Kris Cringle said:
3 weeks in that room, that seems harsh.
Click to expand...

Indeed , the Maybach would be scant compensation .

Kris Cringle said:
These are the first posts I've ever shown my wife on CA.

Although she still thinks everyone here (besides me), is an internet axe murderer, she is aghast, as am I. 3 weeks in that room, that seems harsh.
Click to expand...

I felt very sorry for the non- Shanghai residents that have to do some kind of further quarantine again when they get to their home city. If they are unlucky, it could be another 2 weeks. It depends upon how hard a line the local authorities are taking.  Being able to say your area has avoided COVID is a big kudo and having cases is a big embarrassment, so that encourages officials to take a harder line.


If you test positive or have a suspected case at any point, it can be quite scary. You get sent to a Covid observation center where you are stacked three to a room basically ensuring you do get it.

Israel Hands said:
Helluva view, but it's got to be a little lonesome.

At least you've got your dysfunctional SA fam to keep you company. And give the internet monitors something to scratch their heads about. "What is meaning of gunkhole?"
Click to expand...

It has been a strange experience. I’m very glad one of my two VPNs works and the usual banter here keeps me occupied .

The hotel is very empty. Most times I’m the only one in the restaurant. There’s a young German guy who works for Porsche and a diplomat from the UAE with his young wife. The latter are kind of assholes constantly skirting the masking requirements. My colleagues were able to send me a couple nice meals from the outside before the lockdown.

I have to work on my exit. The challenge will be to get an COVID test one calendar day before my flight, hope my flight doesn’t get canceled, and the lockdown not extended.  Lockdown ends at 5, flight leaves at 9 the same day.

I am firing myself in June to go cruising full time. I figured the chances were high that I wouldn't be able to get much done during this trip, but why not?

So I made good my exit.  I wasn't sure I could go until the last moment. Though the lockdown on the East side of the city was to end at 5am in the day of my flight no announcement had been made that the lockdown was lifted. The airport never closed, but getting to the airport was still a question.  Finding drivers that were not lockdown themselves and had the ability to drive around was a challenge.

Anyway, got it all sorted, and headed off...got stopped at a couple of checkpoints.   Clean COVID tests, ID's and destination were checked. 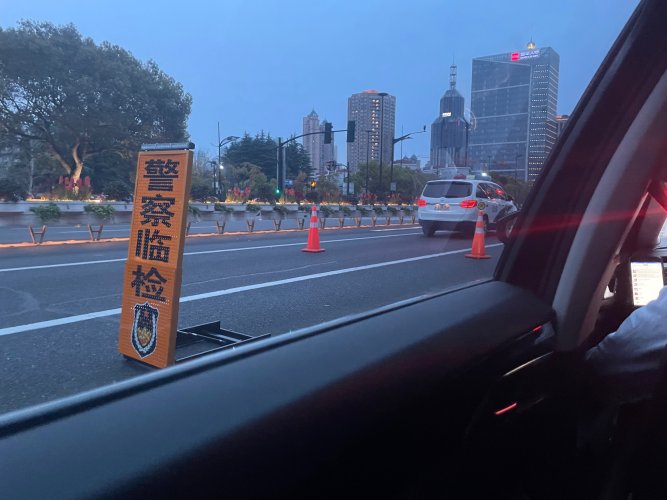 The highway was empty except for the occasional police vehicle.  Rush-hour traffic. 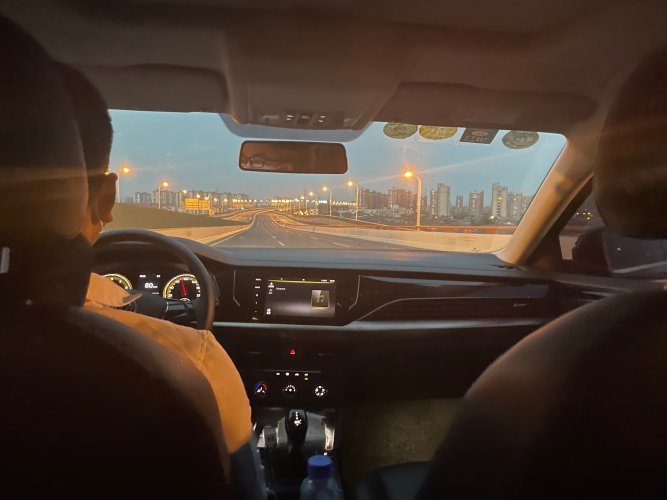 There were a bunch of checkpoints once you got in the airport. One of my fellow travelers got barred from entry because his COVID test was older than 48hrs. He had traveled from interior China and getting another test once on the road was too difficult.

These guys were had  "Anti-terrorist" badges. 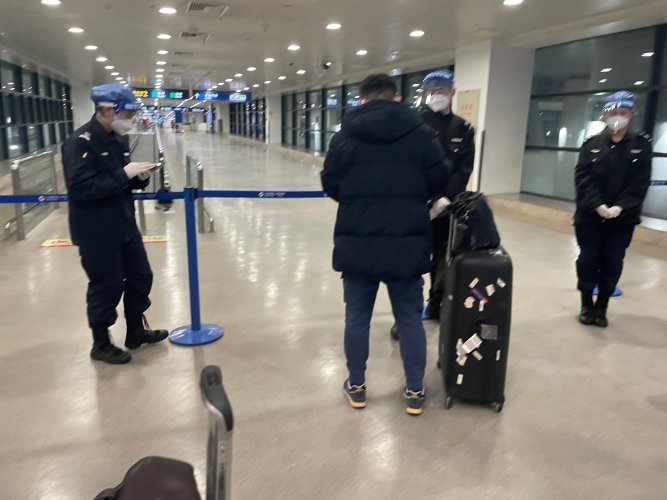 There were more security than passengers. I'm not sure why, but the security inspection much more thorough than usual. Basically the entire contents of my carry on were taken out and inspected. I accidentally left my small bag of cufflinks in my carry on and that got a series a questions.  I got patted down so thoroughly by a young female security guard that I wanted to ask for a cigarette afterwards. Very unusual. Normally it's strict, but not like this.  Impact of the China Eastern flight? 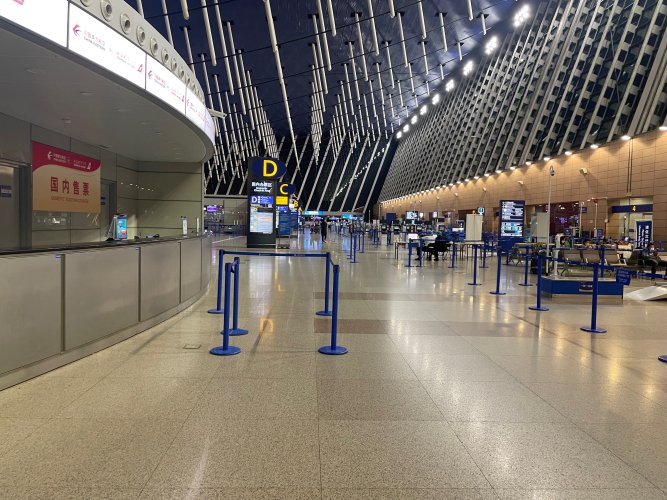 Not many flights. Of course, all the bathrooms were blocked off. Every single one. But of course, people still went in and used them in the dark and there was no one to clean them, with predictable results. I'll spare you those pics. 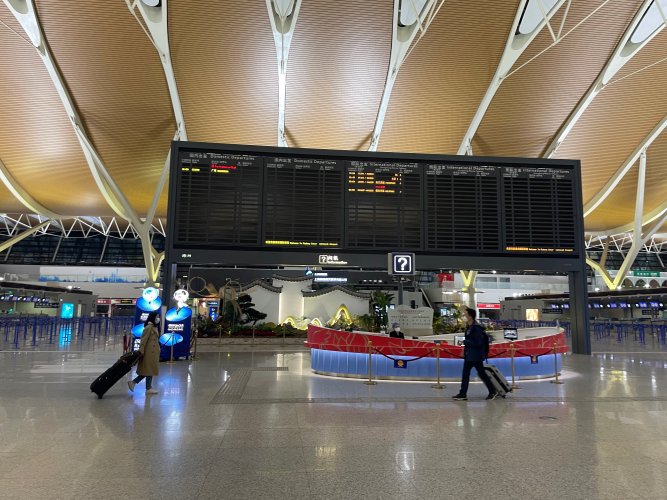 Due to the war in Ukraine, there are no more overflights of Russia, so a very southern route was taken over the Caspian Sea and Turkey.  Got to Seoul and then backtracked over China.

I had to fly though Paris, which was positively heaving with travelers.  Originally I was going to visit my father in SW France. Usually I find French security a bit more understanding than say, TSA - for example when I carried my sextant on-board they knew exactly what it was and barely asked me any questions about it. It was only when I got the US and met TSA that I got the third degree.  But the security this time was a really unpleasant combination of strict rules, insufficient staff and infrastructure and long, long lines of travelers that were really impatient to start traveling.  Let's also say that airport mask rules were met with typical French adherence to rules. Speaking of that, I've never observed people try to sneak vaping on a plane before. Basically you puff and hold your breath for a really long time and then exhale into your sweatshirt.  A new technique I've never seen before.

Anyway, back in Floriduh. No more needing a VPN or having to use Bing as a search engine. No masks. No COVID tests. If I count all the test I've taken over the past five weeks, it's about 15.  I might have forgotten some.  The lame adventures of a lightly used salaryman.

Welcome home, @Elegua.  Would you compare your time to Orwell's 1984?

Bull City said:
Welcome home, @Elegua.  Would you compare your time to Orwell's 1984?
Click to expand...

Technology has certainly created a police state like nothing the world has ever seen.  The younger generation coming up have all grown up behind the Great Firewall and have a very different view of the world. I definitely feel like things had gone full circle compared to China in 1995 in terms of reforms and liberalization; all the reformers have been demoted and military police and army are now controlled by the same person. The difference is that today there are several orders of magnitude more wealth than 1995 and that level of wealth makes people feel that decoupling is a cost that can be tolerated.

Can you explain how you're using this term? Thanks.

BTW, where in Flawda are you?

Bull City said:
Can you explain how you're using this term? Thanks.

BTW, where in Flawda are you?
Click to expand...

Breaking of connections between China and the global economy.  Everything from credit card payment systems, data security laws, national security laws, the negative list of restricted foreign direct investment and the Human Genetic Resources Administration, to being able to get a fully validated WeChat account, (which is critical to everyday life), are being disconnected.  As recently as 2019 I could land in Shanghai and immediately use a foreign credit card to open a Didi ride-share account and be zooming around in no time.  No longer.  To be fare, the US recently has started to use CFIUS, the Committee on Foreign Investment in the United States in somewhat similar ways. Let's sat it's not completely one-sided.

Thanks for sharing your experiences Elegua. I used to travel for business a lot in the late 80s - early 90s (like 70,000 mi/year). Spent time in HK, Singapore and Taipei and many more 'exotic' locals back then. I mostly enjoyed it. Then I pretty much gave up international travel after 911 for various reasons. Glad I'm retired as traveling for business now mostly sucks IMO.

Elegua said:
Breaking of connections between China and the global economy.
Click to expand...

Moving toward an autarky. Quite a step backwards.

Word of the day. Thanks for that Bull. Back when I was a wee lad in middle school, we used to have a workbook called Words are Important to help build vocabulary. Now, as I lose neurons at an alarming rate, I come to CA to learn...wonder what that means in the grand scheme? Either that I'm f**ked or that the interweb is a wondrous thing, depending how you look at it.

Spring may be coming but it's taking its sweet time getting here. Below average temps persist and high winds as well. More like early March.