I think that is what we called 'Ray Bay' in Seal Beach. It was an extra jetty right next to the entry into Alameda Bay where the Yacht Clubs are in Long Beach. I was a student at Woodrow Wilson High School just about a mile away and it was the closest surf for a dawn patrol session before going to school. The channel went to the big power plant to cool the turbines (reactors?) and the water in between the jetties was piss warm even in the winter. You could surf there and not even own a wet suit but the big rule was if you fell or lost your board to never wade! It was hard to make yourself swim in knee deep water but the sting rays were so thick the odds of stepping on one and getting a nasty sting was ever present. One of my classmates took a sting in his lower calf and played the tough guy and said he was going to go hitch hike back to the start of classes. This guy had some sort of hitchhiking karma but when I got out of the water and up to the street corner 20 mins later he had still not gotten a ride, probably he looked like he was about to die, which was close to the truth. I flagged someone down who took one look at him and wanted to drive off but I begged him to take us to the emergency room much to my buddies wishes. The toxin had really done a number on his muscle tissues and nerves as well as almost putting him into a coma. It was weeks before he was back in the surf. By then I had saved up for a wetsuit and had graduated to the nicer but colder breaks down in Huntington Beach.

I did a Google search and it turns out that Ray Bay was the San Gabriel rivermouth, if you could call it a river. Maybe my buddy was one of the founding members of the Ray Bay Beach Club for which the initiation was getting stung by a sting ray! 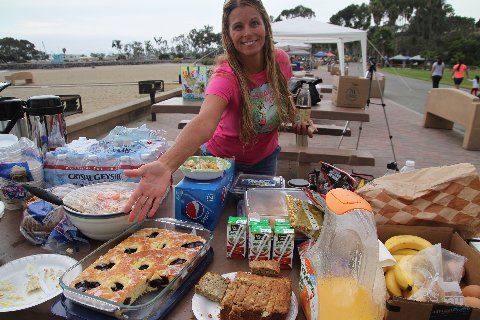 Membership Initiation Stings Written by SurfWriter Girls Sunny Magdaug and Patti Kishel “I don’t want to belong to any club that would accept me as a member,” comedian Groucho M…

Yea. Ray F’n Bay. And throw in that juvey Great Whites like to snack on Rays and you have Great White bumps/sightings from Seal Beach down to HB pier at all time high.

They closed Warner up to A street 3 weeks ago as a 12 footer was hanging around a little too close to shore. Let me guess what it was looking for.

The HB pier is thick with rays. They close the beach around it a couple times a year - lotta tourists not paying attention. I fear rays more than Whites. They will f’k you up like your buddy. Old surf buddy’s g/f got whacked at Bolsa and her leg swelled up hip to ankle and stayed that way for over a year. 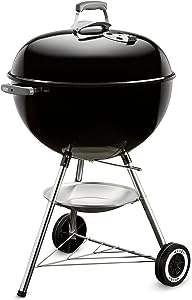 Surfing is finally an event in the Olympics, because of the "Duke". Kahanamoku's world record swimming events were astonishing in the Olympics. Most competitors had never seen a man of color before in the swimming events. He and Jim Thorpe (Native American winning the decathlon, 1912) had to eat in separate areas at times. I imagine they were the best of friends.

Duke Kahanamoku easily qualified for the U.S. Olympic swimming team in 1912, breaking the record for the 200 meter freestyle in his trial heat for the 4×200 relay. He went on to win a gold medal in the 100 meter freestyle in the 1912 Olympics in Stockholm, and a silver with the relay team. During the 1920 Olympics in Antwerp, he won gold medals both in the 100 meters (bettering fellow Hawaiian Pua Kealoha) and in the relay. He finished the 100 meters with a silver medal during the 1924 Olympics in Paris, with the gold going to Johnny Weissmuller and the bronze to Duke's brother, Samuel Kahanamoku. He also played for the U.S. water polo team at the 1932 Summer Olympics.

Between Olympic competitions, and after retiring from the Olympics, Kahanamoku traveled internationally to give swimming exhibitions. It was during this period that he popularized the sport of surfing, previously known only in Hawaii, by incorporating surfing exhibitions into these visits as well. His surfing exhibition at Sydney's Freshwater Beach on December 23, 1914 is widely regarded as a seminal event in the development of surfing in Australia. The board that Kahanamoku built from a piece of pine from a local hardware store is retained by the Freshwater Surf Club. There is a statue of Kahanamoku on the headland at Freshwater. He made surfing popular in mainland America first in 1912 while in Southern California.

During his time living in Southern California, Kahanamoku performed in Hollywood as a background actor and a character actor in several films. In this way, he made connections with people who could further publicize the sport of surfing. Kahanamoku was involved with the Los Angeles Athletic Club, acting as lifeguard and competing on both swimming and water polo teams.

While living in Newport Beach, California on June 14, 1925, Kahanamoku rescued eight men from a fishing vessel that capsized in heavy surf while attempting to enter the city's harbor. Sadly, 29 fishermen went into the water and 17 perished. Using his surfboard, he was able to make quick trips back and forth to shore to increase the number of sailors rescued. Two other surfers saved four more fishermen. Newport's police chief at the time called Duke's efforts "the most superhuman surfboard rescue act the world has ever seen."
Ambassador of Aloha...Grandfather of Surfing, Father of Surfing, distinguished, honorable man!