Israel Hands said:
when I looked at this video


"welcome to SAILING vessel Seeker, it's a beautiful sailing day",and yet he isn't going sailing!! He has never gone sailing, he's fixing things that he has just built and doesn't work.
L

We may never get satisfaction as sailors from this endeavor, his target audience is tinkerers and shade tree mechanics who probably know about sailboats from watching the intro to The Simpsons.


Sorry, that was harsh.

OK, so...when does he leave this lake? Someone said he's waiting out hurricane season, which is pretty rich. In the words of Judge Smails, "Well...we're waiting!"

"This river don't go to no Aintree."

Inspired by the large propane supply Doug stores below decks and the video below reddit user Proto57 made another cartoon. A quick solution to improve Seeker's volume/displacement ratio:

low bum said:
OK, so...when does he leave this lake? Someone said he's waiting out hurricane season, which is pretty rich. In the words of Judge Smails, "Well...we're waiting!"
Click to expand...

October 15th rings a bell for some reason.

He can’t leave yet. He’s got more burgers to cook.


He can’t leave yet. He’s got more burgers to cook.
Click to expand...


I going to nominate Doug to play host onboard his might R/V to my favorite TV cooking (grilling and smoking actually) Project Smoke starring Steven Raichlen. He may have found his calling!

If he doesn't through Steven overboard or blow them and the boat up then they can move onto "PRIMAL GRILL" which would seem to be Doug's forte.

I watched this and googled 'fuel docks Rusellville Ar' and there are two marinas with diesel at the docks very close by. Doug is just too cheap to pay the dock price and would rather make a full day of fucking around with barrels and hoses and all this crap to save a couple bucks. I skippered for a boat owner that was the same way. We needed fuel before leaving a Jamaican town and he told me to dig up all the jerry jugs on board which I did. He then said 'lets walk into town and top off our diesel'!? I pointed to the diesel fuel pump about 100 feet down the dock from where we were tied up and he said we could buy cheaper in town.

I think we had 6 jugs and we no sooner got through the new marina gate with an armed guard than a local dude dropped down out of an Ackee tree and offered to carry the jugs for us. He even gave me a big branch with Ackee pods or seeds or whatever they are and told me how to cook them up with scrambled eggs, a big favorite in Jamaica. My boss told him to get lost as we could get our own fuel. The walk wasn't far but I was done with the fuel adventure and the Ackee man was still hanging with us hoping that he could at least make a couple of bucks hauling the full jugs back to the boat. I asked him how much he wanted for that task and it was a deal! I gave him a couple of bucks out of my own pocket and the owner had a fit that I had done so. I told the Ackee man to only haul my three jugs back and let the owner deal with his three even though the fee I had given him was for all six as quoted. That just pissed the boss off more and he ran the dude off so I went with him to a little waterfront bar owned by his uncle and had a great time having local fruit and rum drinks that they wouldn't let me pay for. I could see cab drivers offering to haul the 6 jerry jugs back to the marina but the Cowboy was having none of that. He carried them back two at a time and was really pissed at me when I got back to the boat. He had left each pair just inside the gate to rush back to get the next pair before they got stolen from the fuel pumps in town and were still sitting out at the gate. He told me to get the jugs and empty them into the fuel tanks as he was about to have a heat stroke. The brand new marina had vetted day workers that did great varnishing and detailing for cheap and I went to the shade tree where they hung out when not actually working. I think I paid $1 to get the fuel into the tanks and hoped that would be the end of it.

No, bossman was even more upset but was so worn out he let it go. Later that afternoon we took the walk into town to have a look around and maybe happy hour. As we got into the town, clusters of local boys on the corners started sucking their teeth at the owner and asking him where his jerry jugs were and it seemed the whole town had heard the story of the stingy American. I told him about the great little bar and the local cocktails (SourSop Colada!) but when we got there and ordered they would only bring me my drink. He asked where his drink was and the uncle pointed out the window at the fruit trees and told him to go and pick his own!

We spent a couple more days in what was really a lovely little town, Port Antonio (and way more laid back than the tourist towns). It got to where the owner was afraid to go into town on his own due to the animosity his cheap ass deserved. We ended up in Montego Bay where the shore hustle is far more aggressive and he was so paranoid that he flew out back to Colorado and left me there on the boat for more than a month having a great time.

BTW, I checked the marina fuel price for diesel and it was far less than the taxed road use diesel in the first place. They were trying to attract the mega yacht business and had huge bunker tanks that were topped up by big barges and they polished the fuel too. We got a lot of crap from the laboriously acquired intown gas station fuel. False economy for Doug and my boss.

I'm just as morbid as the next guy but Doug's videos are getting harder to watch.
L

Just wow? A couple guys in a panga with 20gal bahinas when there is no dock, yes. This ??? I have only once had a fuel issue in 20years and it was ignorance on my part, taking fuel in Barra after a couple mega yachts cleaned out the storage tank and they were pumping the dregs.

^^^Could well be the true underlying reason

I like the claim that with full diesel tanks the boat could cross the Atlantic AND return! If it could stay right side up maybe...

Maybe Doug will see this here? 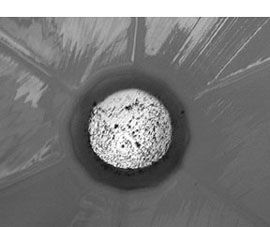 Since 1974, Practical Sailor’s independent testing has taken the guesswork out of boat and gear buying.

It's bit of a blur, I deal with commercial boats every day, when I saw him pull out a crane remote it was kinda game over. The rube Goldberg stubborn "I can do it better" is a bit overwhelming. So many points of failure it is a bit of lunacy.

Since 1974, Practical Sailor’s independent testing has taken the guesswork out of boat and gear buying.