I just stripped down my I14 mast and (like every time I do this) was shocked about the weight of the shroud bundle relatively to the weight of the naked mast. The standard in our fleet is 3mm Dyform for baby/main/forestay and 2,5mm for uppers.

We had a succesfull boat with PBO rigging but the handling during transport was terrible, the attachment fittings complex and not very aerodynamic and it's basically not available in Germany. They eventually broke a rod when the crew got caught in it with the trapeze hook and they switched back to wire.

With more and more yachts switching to dyneema, has there been any development lately to make this interesting for dinghies?

My shrouds are lashed to the hull with dyneema, the whole shroud/forestay adjustment system is dyneema and the trapezes are 2,5mm dyneema and are lasting several seasons in the sun.
The rope is stretching quite a lot during the first sessions but after a while there is no more movement and I get the exact same rig tension every time.

Why not use dyneema for standing rigging? Is it just the problem with chafing or are there other reasons?

On the swift solo single handed skiff (back when I was lucky enough to have one) - I used vectran for the uppers and dyneema for the primaries and lowers.

Dyneema was pretty standard across the fleet.

We still use a lot of Dyneema. Some have changed out rod rigging for Dyneema. The recommendation is to change it out frequently but I've been running the same rigging since my boat first hit the water. I store my spars inside and don't set my boat up in a boat yard for the season so there is very little exposure to the sun. Vectran is also being used by some. The nice thing is that either one doesn't require much more than a splicing fid/wand to rig the boat so you don't need a lot of special tools/fittings.

I use Liros D-Pro Static 4mm on my dinghies with up to 20sqm rig. When stretched it is close to 3mm. Easy to find, made in Germany.

Nobody (almost nobody) uses dyneema for shrouds on the 14 with exception of the forestay (sk90). It stretches (creep) plain and simple.

A simple test - change your cap shrouds from dyform to dyneema. You will see the difference between virtually no stretch with the 2.5mm dyform vs. the dyneema that will migrate not just on the splices but overall. They will be longer after the first sail. They will continue to lengthen every sail until they ultimately find stability then they will stretch and rebound. The longer the length, the more migration you see.

It's pretty noticeable especially on the big wind runs. Lots of give and ultimately wasted energy.

You'd have to go up several sizes in dyeema to prevent the stretch which defeats the purpose of saving any weight and windage.

Other options include the solid carbon rod that you mention and ridiculously overpriced composite textile rigging available mostly for larger boats.

At present, Dyform is hard to beat for the price/effectiveness/durability.

Thanks, I wasn't aware of the permanent creep. I thought it was all stretch.

Be aware all Dyneema ropes are not the same and have different attributes. The D-Pro Static I mentioned earlier, has zero creep(permanent elongation) and is made from Dyneema DM20. It has a ca 10% lower LBL than other Dyneema versions and stretch still exists, though.

Still Dyform is great and easy to deal with.

There is a lot of opionions floating around about all of this.     This is hard emperical knowledge.

I recently sailed the Australian SportsBoat Nationals in Brisbane (and won on ratting) but the boat that virtually won every race on scratch used complete synthetic rigging, and to use the words of the owner "it was the cheap stuff".

When I asked him about creep, because we are looking at this on the 49er/FX, he said, sure it shrinks, when he de-tensions it, but within 5 mins of re-tensioning it, its back to where is was last time he used it.

This guy was a rigger by proffesion, and the trick is to take the synthetic shroud to 40% of UTS/BS and hold it there for a while.   (few hours I gather)     Once you have done that once, it's "seasoned" and that's it.

So thinking about our boat, we use M6 dyform on the forestay, we have a hydralic ram under the mast, only good thing about that is we know how much down load there is and if you do the calculation, it makes tension in the F/Stay is 400-420kgs, and if you think about a 49er and the length of the forestay max load in a 49er is 34-36 on a loogs gague. and that = 310kgs and if you think about the lengths of the f/stays, that's about right.   (49er uses M3 dyform).

But if you take M6 SK78 (the cheap stuff) to 40% BS (BS= 4110kgs, so 40% is 1644kgs) your going to 4 x operating load on the F/Stay.   Even in your wildest dreams you will never hit 40% BS on the FS.    Just not going to happen.    And that is possibly the trick, take the Synthetic way past it's operating load, even go to 1/2 it's BS and very probably your issues are gone.   Accept that each time you rig up, the shrouds will settle but what ever "shrinkage" there may be, it will be gone 5 mins after you have applied "full" rig tension.

A set of 49er dyform caps shrouds weighs just over 1.1 kg.    Same set using any of the synthetics is around 120gms.   Best part of 1kg lighter and it's lighter 5m up.

And we have had M4 DM20 f/stay and M2.5 SK99 cap-shrouds on a 49er sailing with the new CST/North 3Di sails now for well over 3 months.    No creep to be seen. We are using M4 because it up the luff of the jib anyway, and it adds a massive amount of idiot factor with no drag consequence.    M2.5 caps sing when rigged up on the deck, as soon as you pull the minsail up, and go sailing and the tension alters, the harmonic/singing goes

If I may add 3 more points,

#1 Is that you need to maintain as little as 10% rig load to eliminate shinkage, so if you leave your 49er or I14 or Sportsboat with it's mast up, backing the rig off so there is only a tad greater than &gt;10% rig load, you won't have shrinkage.   At 5% rig load, you probably get 1/4 of the shrinkage.

This pre-disposition to grinding so much rig tension on the boat can't breath, is lossing dominace, absoutly in skiffs, even sailing sportsboats.

#3 is safety, you can cut DM20 (the top of the range synthetic) with a knife, if you get entrapment.    Not sure how many of you go sailing with Bolt cutters handy?

Presently doing a ISO Cat C cert for a sportsboat, and have speced complete DM20 M6 and M4 rigging.   Not only am I saving over 8kgs in wires WRT the rigging (Cap-shrouds alone I'm saving 2.1kgs, and thats just the M4 caps) but I can also save about 4 x that weight in the Bulb, not having to counter/self right it (Cat C ISO).

Just need to work out how to pre-load M6 DM20 to 2 tonne, but that's a small price to pay for what is a massive weight and cost saving.

Great piece of information, thank you!

What fittings do you use on mast side to attach the shrouds? 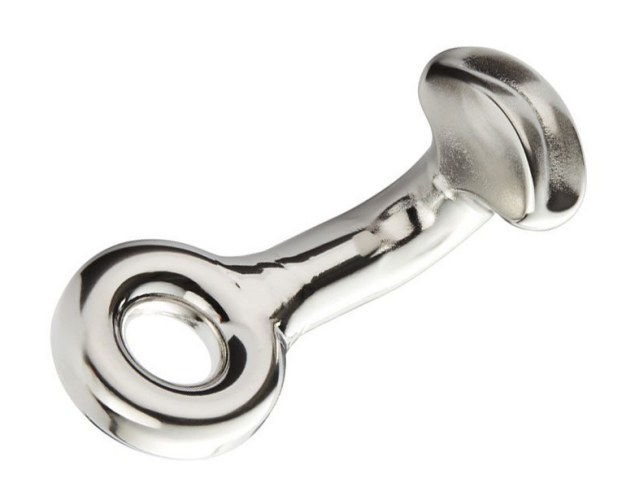 It would hang onto the shrouds without issue.    And it's lighter than a terminal.

On the cap-shrouds, we have a lug on the side of the masthead fitting 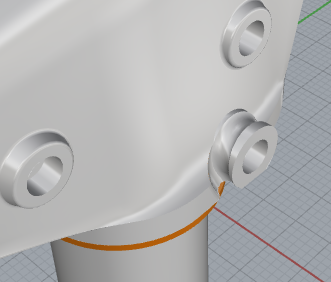 You can bolt a Wire eye on also, so you don't have to use synthetic.

At the bottom, we have dog-bones, but a simple SS ring also makes it easy to get it into a chainplate.

Great to get my ideas verified. It´s the same one I use for the forestay on our 49er sportsboat project using 4mm Liros D-Pro Static(DM20). After making the end splices, I take my 10:1 Harken F18 mainsheet and stretches the stay between two trees, sheets full, restretches after a few fours and leave it over night. Checking with my Spinlock Rig-sense after a few hours and the next day, no difference in tension!

JulianB said:
On the cap-shrouds, we have a lug on the side of the masthead fitting

You can bolt a Wire eye on also, so you don't have to use synthetic.
Click to expand...

I believe I have a similar part on the main shroud bolt where the trapeze is attached.
Does anybody know what this is? I couldn't find a name for it, yet. 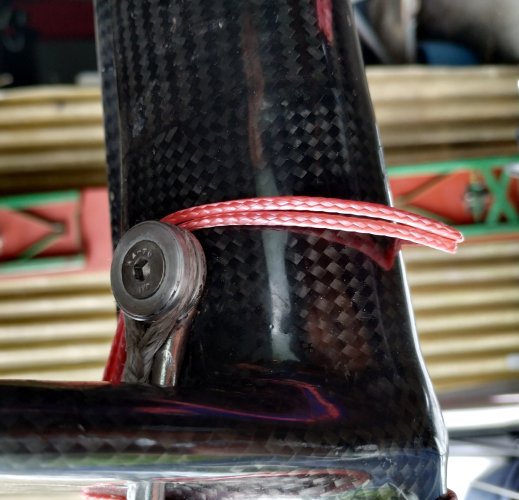 14berlin said:
I believe I have a similar part on the main shroud bolt where the trapeze is attached.
Does anybody know what this is? I couldn't find a name for it, yet.
Click to expand...

Maybe this one from Blue Wave? 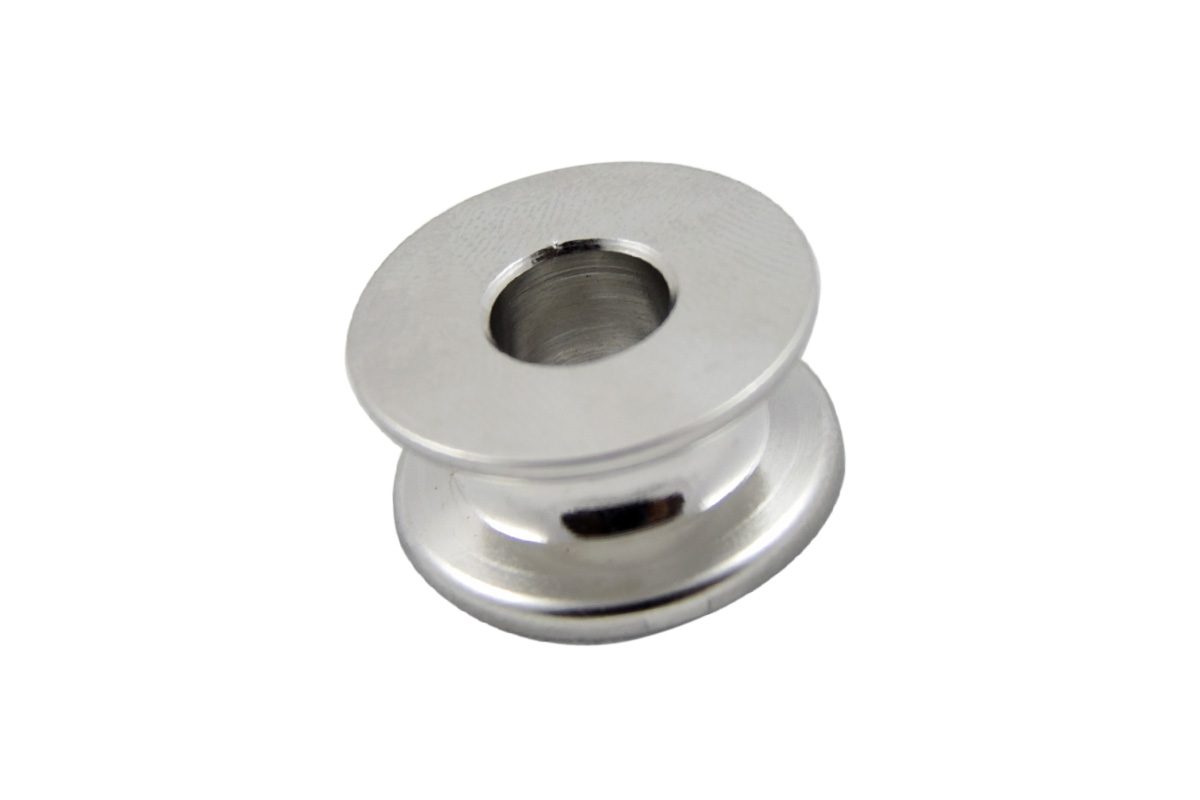 Some really well thought out gear, ( Bluewave) a interesting thing to note is the diameter that you wrap the rope around. 3:1 rules is pretty conservative so if its M3 rope a 9mm diameter boss is pretty good.  8 is probably fine but 6 is too small.

Presently doing a ISO Cat C cert for a sportsboat, and have speced complete DM20 M6 and M4 rigging.   Not only am I saving over 8kgs in wires WRT the rigging (Cap-shrouds alone I'm saving 2.1kgs, and thats just the M4 caps) but I can also save about 4 x that weight in the Bulb, not having to counter/self right it (Cat C ISO).

I've supplied synthetic rigging for 1 x I14, 50+ A-Class cats, and a few F-boats.  The synthetic standing rigging is typically 1/10th the weight of the wire rigging with no increase in diameter.

I prefer to use Marlow SK99 D12 Max.  For me, it's the most consistent product supplied batch to batch, roll to roll.

There are several keys to make it work properly as Julian pointed out.

Thanks for the advice on re-coating! About Armourcoat, is it one of Armor All´s products?

This is my, constant and precise enough, system using two trees in my garden . 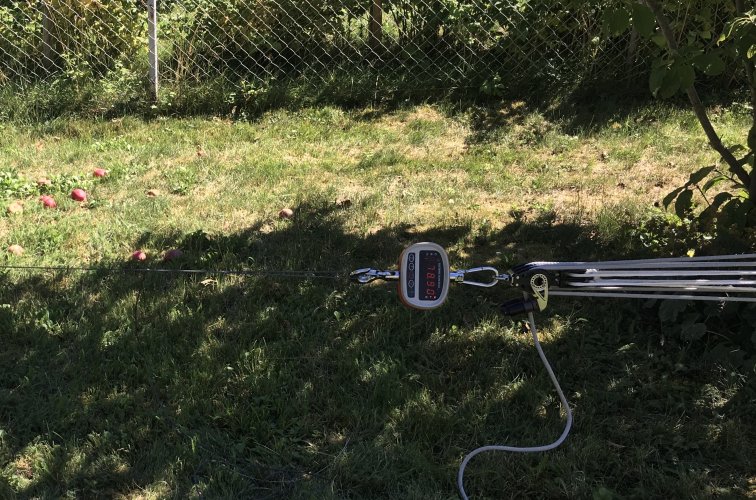 Armourcoat is a Marlow product - https://www.marlowropes.com/product/armourcoat-leisure-marine-rope-coating

And I approve your two trees in the garden method...

Multi-hulls don't carry nearly the tension skiffs do, so it works for (some) of them. Julian's points are interesting and I hope there are advancements made.

The day may come when we see the 18 footers using this regularly, and only then it will be proven and accepted in skiffs. Until then, nope.