Hearing from usually reliable sources in Honkers that one-time scourge of these Forums, Ian Dubin, aka The Dubinator or the mighty Lord Dubin, has taken his final stroll in the moonlight. RIP dude, you made it interesting...

@Gracie Grapenips what have you been up to in Honkers?

Calling @LB 15 to aisle GA...and whilst we're at it @Albatros and many others to pay your respects

That's too bad, I was hoping he would drop in for a reprise. RIP The Dubinator.

Do you think he's headed off to Valhalla? I too was hoping for his return. 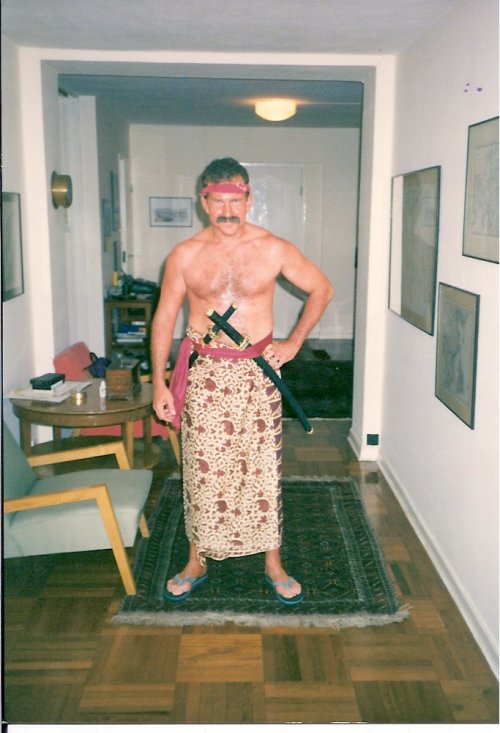 Well, he sure was something.  I am not sure what, but definitely something.

Now he is something in the big parking lot in the sky, in the moonlight.

Always enjoyed his forays into this MMP. He was a breath of fresh air in an, all too often, status quo. This site used to be a place where the status quo blows. Now it's been reduced to a "toe the line or we'll shout you down" platform for keyboard warriors.

White Lightning2 said:
Always enjoyed his forays into this MMP. He was a breath of fresh air in an, all too often, status quo. This site used to be a place where the status quo blows. Now it's been reduced to a "toe the line or we'll shout you down" platform for keyboard warriors.

I'm genuinely sorry to hear that. Condolences to his family.

I hope he's happily breaking arms up in that big Moonlit Stroll In The Sky and sailing on.

Or did somebody accidentally drop a piano on his head?

so the old bugger buggered off, well bugger me that !

one of the best threads ever when I gave him the typical hearty SA welcome and the old bugger got his buggery knickers really in a twist on the fuck off, tits etc..wanting to know where I live (big deal, the avatar says it all) to come and give me a local moonlight walk.  but contrary to some other old wankers onhere when he got told that he was totally misunderstanding he did say something like sorry (sort of) and that is where you see the difference between an amusing silly old  bugger and the not so amusing hardcore nasty buggers

so raising a glass of Rivaner (dubinator would say that's for poofters, quod non), so cheers old bugger, now go and take lucifer out on a moonlight walk, or saini peter, depending on where you end up, best one would be Allah offering him a load of sour grapes,

And who could forget this thread?

White Lightning2 said:
Now it's been reduced to a "toe the line or we'll shout you down" platform for keyboard warriors.
Click to expand...

He certainly provided some cheap entertainment here for a while.  A character for sure.  But he was also a sailor, and must be accorded due respect for that.

Do you remember any of the great characters from classic SA threads who weren't boof heads?

Holy fuck, Ian has passed? I am truly sorry to hear that. He certainly was a boof  head but he was very amusing company. So who took him out? A mossad wet team? The CCP? One of his ex’s? The disciplinary committee of the Royal Hong Wrong fisticuffs club?

Either way he finally met his match. Fair winds all mate may you forever sail across your sea of bullshit.