jerseyguy said:
If the mob had used Trump brand concrete to make cement overshoes no one would have ever died.
Click to expand...

Well, they still would have died, but they would be floating feet-up.

Ishmael said:
Well, they still would have died, but they would be floating feet-up.
Click to expand...

You are no doubt correct. Despite my screen identity (and I'm from the northern part of Jersey) I flunked cement overshoes 101 during my apprenticeship.

Raz'r said:
They used Trump-brand concrete. What did anyone expect?
Click to expand...

Mexico is gonna want their money back. 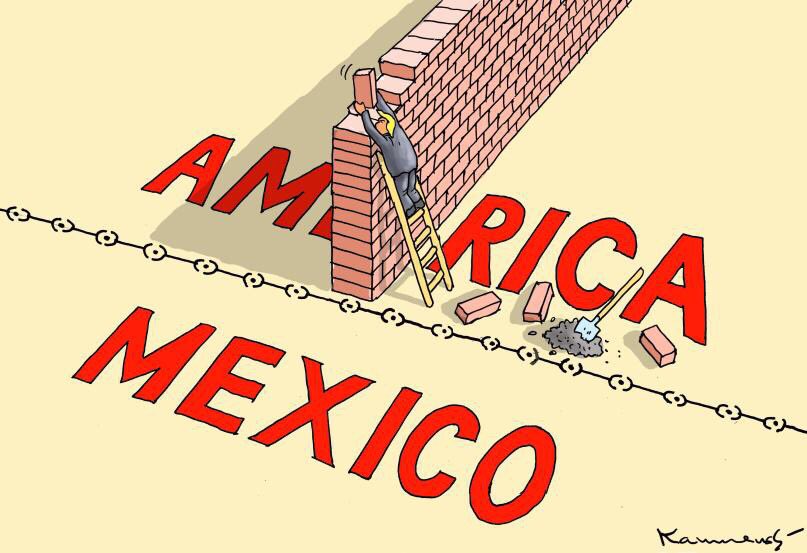 The European Union and its establishment center-left politicians often like to castigate the United States for the supposed draconian nature of its immigration policies. The US, however, certainly is granting a far higher percentage of asylum applications than Spain.

Asylum claims are coveted precisely because they confer special benefits that other economic migrants are unable to access. Successful asylum seekers generally have a quick and easy pathway to citizenship, as well as access to housing, education, and healthcare paid for by the government, right off the bat. That is why surging asylum numbers are troubling many on the political right in the United States.
Click to expand...

I'm not a very politically-aware person. I tend to think about things like physics and business and family and very little about politics.

When I see the words "The Wall" like on this thread, I immediately think of The Wall; first the wall in Germany that came down, then the Pink Floyd album, then I start to sing Comfortably Numb.

But now "The Wall" means the increasingly failed testament to keep brown people out of our chunk of America, while simultaneously encouraging them to come here by allowing Americans to break the law regularly with illegal hiring.

When did it happen that "The Wall" went from representing equality and liberty as the walls there were knocked down, to representing something to keep brown people out? What year did that happen in aggregate? 2006? 2016?

When I was a kid, the color red was applied to the tv maps to show which states were carried by the Democratic Party and the color blue was the Republican color. And then suddenly, with nobody noticing it seems, it was flipped. We're at war with Oceania, we've always been at war with Oceania.

Are we ever going to develop any kind of collective memory?

Not guilty said:
The color coding we're familiar with today didn't stick until the iconic election of 2000, when The New York Times and USA Today published their first full-color election maps. The Times spread used red for Republicans because "red begins with r, Republican begins with r," said the senior graphics editor Archie Tse, "it was a more natural association." Red did not always denote the Republican party and blue wasn't always symbolic of Democrats — this now-common lexicon only dates back to the 2000 election. In 1976, NBC debuted its first election map on the air, with bulbs that turned red for Carter-won states (Democratic), and blue for Ford (Republican). This original color scheme was based on Great Britain's political system, which used red to denote the more liberal party. However, other stations used different colors and designations for a variety of ideological and aesthetic reasons.

So it didn't just flip with no one knowing, it was random until 2000.
Click to expand...

I figured they painted the GOP red since that is the type of ink they use, while professing not to.

At least their opposition hasn't sold the lie to its supporters of being a party of fiscal responsibility.

We The People Will Fund The Wall

Mid said:
We The People Will Fund The Wall

A billion isn't nearly enough to build it, let alone maintain it.

Not that it matters. You need more than just money to buy from an Uncooperative owner. You need the power of eminent domain.


This is as good a place as any to point out that people should be free to spend their money however they please. And Kolfage emphasizes that "if we don't reach our goal or come significantly close we will refund every single penny."

Still, even if people were to voluntarily give their own money, the wall would probably require lots of government action. That's because the federal government only owns about a third of the land on the southern border with Mexico. The rest, as Cato Institute immigration policy analyst David Bier noted in a May 2017 article for Reason, belongs to the states, Native American tribes, and private individuals. The government has only barely begin the long process of seizing the land on which the wall would be built.

There are a host of other reasons why building a border wall would be a bad idea. I won't get into all of them here, but you can click on this link to read about some of them.
Click to expand...

(With the usual apology for the Koch-$pon$ored propaganda and its unabashed cheerleading for Trump, of course.)

What a hard-nosed negotiator the President is.

"In the end, we’ll probably find out “wall” was Trump’s “safe word” with Stormy Daniels. It’s just something he blurts out whenever he’s in trouble."

The rats are jumping ship.

Oh, this may have him reversing course.  Again.

Bus Driver said:
Oh, this may have him reversing course.  Again.
Click to expand...

Flip Flops are now back in fashion.

BillDBastard said:
Were they ever really out of vogue?
Click to expand...

Only when the other team does it. 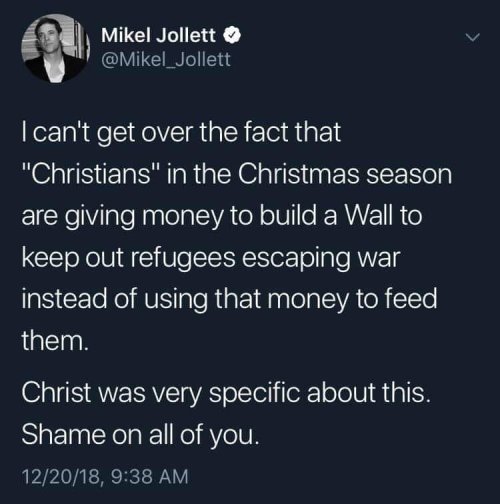 Billy Carter said it best: "Some of these so-called Christians should be fed to the lions".