Apivia is going west of the TSS ? Considering they are first and quickest, I guess it is rather obvious on the routings, let's see if all the others do the same.

yl75 said:
Very ballsy indeed, but I don't see any Northerly coming, although this option was the one proposed by the routing softwares after the start it seems.
Click to expand...

Polkadot has crossed the front but are 45 nm too south for the projected tail winds, and have a headwind instead. And will have to cross the front again, loosing precious time. Finally, the incoming LP or storm west of Ireland will increase the headwinds further in the coming day.

yl75 said:
Apivia is going west of the TSS ? Considering they are first and quickest, I guess it is rather obvious on the routings, let's see if all the others do the same.
Click to expand...

Caught a glimpse of Initiatives-Coeur's routings on a video they posted yesterday (screenshot attached) . Kind of hard to make out, but appears that more of the routings are favouring going west of the TSS. From the forecasts, there doesn't seem to be much difference in terms of wind or sea state between the two, and there will be a hell of a lot less traffic to worry about to the west. 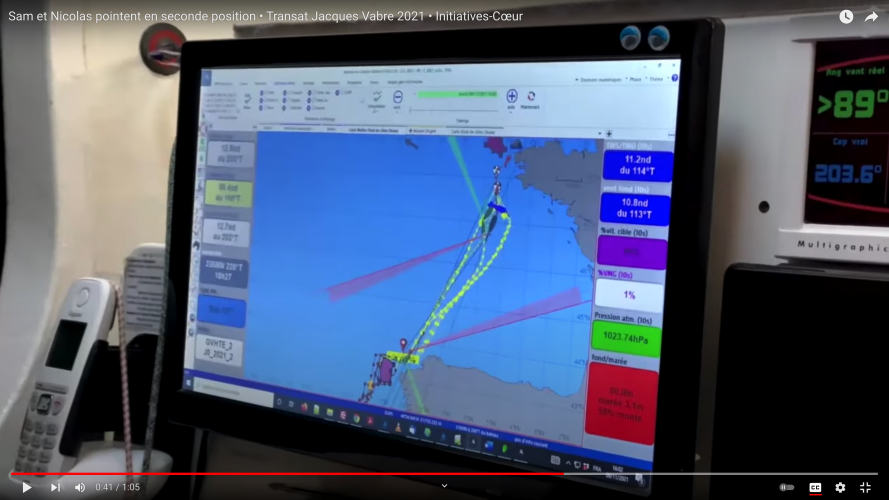 BP XI have hit something, not fully checked yet but could be no or minor damage :

yl75 said:
BP XI have hit something, not fully checked yet but could be no or minor damage :

Armel didn't seem overly concerned in the video they posted either. And an AM post on Facebook shows her trucking along happily still.

yl75 said:
Very ballsy indeed, but I don't see any Northerly coming, although this option was the one proposed by the routing softwares after the start it seems.
Click to expand...

It looks like they will be beating. Interesting to watch though.

They did a great job on the latest foils 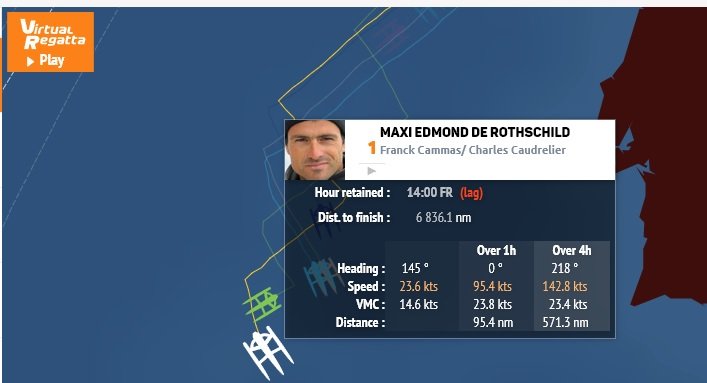 I'm guessing Van Triest is currently busy with Spindrift waiting for their window.

Thank you for bringing to my attention, was not aware they were in stand by.

kass said:
there will be a hell of a lot less traffic to worry about to the west.
Click to expand... 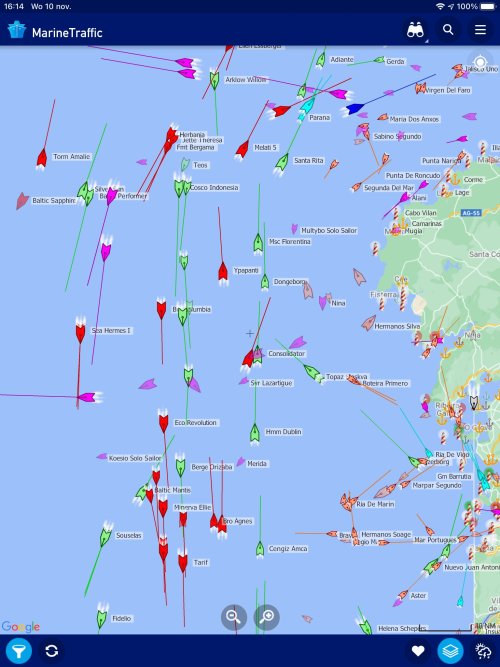 There is an issue with BPXI data transmission quite often the time stamp position is before the other ones, and this is true from the beginning.

P_Wop said:
Merf Owen and Alex Mehran (GBR &amp; USA) have taken a very courageous solo line out to the West in their Open 40 Polka Dot.

They're all alone, heading almost West, about 100 miles to seaward of the rest of them.  Lying in 7th place right now, let's hope they get a nice stiff Northerly out of that system and are first into the new breeze.  Fingers x-ed.

Gutsy call, as they'd say in Sydney.
Click to expand...

In the Virtual Regatta version of this race, many competitors use this router....

It's worth a look for people interested in seeing what routings the real racers might consider.  If you go into one of the TJV routing pages, right-click to bring up a menu, and choose "Full Pack" so that it will use polars with a full set of quality sails, foils, etc...  (the stuff you have to pay for in the game).  The polars it uses in that case are reasonably close to the real world boats' polars.  The game doesn't have current or sea state or breakage, so the considerations in choosing a route aren't identical...  but it can give you pretty good ideas on what they're looking at.  With another right-click, you can specify a destination to route to, and with another right-click (or by keying in coordinates and clicking "go"), you can specify a starting point.

Why do I bring this up?  I usually try to avoid mixing the VR stuff with the real races...  But...  In this case, the VR race provides some interesting insight.  About 20 hours into the race, all of the recommended routing for the C40s and IMOCAs suddenly said to go WNW out the English Channel, trying to get West as fast as possible before turning South.  Some of the virtual C40 fleet did that immediately while others chose to not trust that forecast.  The next several forecasts all continued to recommend that routing, so most of the the top virtual racers peeled off gradually into that strategy.  I'm doing C40 and decided to be stubborn...  I'm in a small minority of the fleet still sailing across the Bay of Biscay.  I'm right in with the leaders of the real C40 race, so my routing is very close to theirs, but...  The Zezo router is STILL telling me that I should turn West.  Which suggests that I'm going to be way behind the boats who went there two days ago when we eventually come back together.

Presumably the real fleet all saw similar recommendations on their routers.  I'm not sure why only one chose to go West.  Potentially due to risk of breakage in the heavier winds?  But honestly, it may simply be herd mentality.  Why split when the whole fleet isn't taking that option?  If Polka Dot is a well-sailed boat, though...  They might come out way ahead in a few days.

I should say, though...  Polka Dot is 100+ nm behind the leaders of the virtual fleet that went that direction.  It may turn out to be a route that works better in the virtual world than reality.

11th HR is reporting Boat 1(ex Hugo Boss) has dropped the rig. All are safe and are sorting it out.

edited to add.   posted at the same time as trimfast.. sorry!

My interest in these races always steadily drops throughout the race as good boats have to withdraw due to equipment failures or hitting things.  Each time I'm reminded these ocean races on fast boats are really more of a lottery than skill.

I'd say, the skill required to keep any of these beasts running 24 -7 is huge.

Things on boats break, it doesn't matter if your racing or cruising.

Huge respect for all these competitors.

The other 11th Hour boat has been slow for over an hour and close to another boat that is going 10 knots faster...