She’s making Creepy Ol’ Joe look a lot better to me.  At least he still believes in capitalism (for now).

I sure hope her hat says 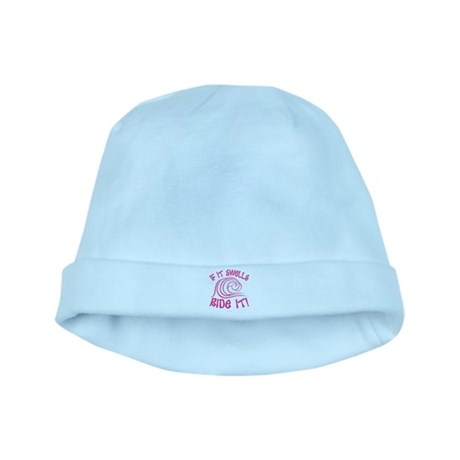 Gabbard, who deployed to Iraq in 2005 and is a major now in the National Guard, first rose to poltiical prominence as an official at the Democratic National Committee before resigning in 2016 to endorse the democratic socialist from Vermont. She is now a fellow at the Sanders Institute. But the 37-year-old’s own politics don’t track neatly with those of either party, and sometimes veer far to the right.

In 2015, for example, Gabbard joined congressional Republicans in voting for an “extreme vetting” bill that the Obama administration said would effectively bar the resettlement of Syrian refugees — the same year she was a keynote speaker at the Christians United for Israel summit in Washington, DC. Gabbard has also received criticism for meeting Syrian dictator Bashar al-Assad on a trip funded by a far-right political organization that has also facilitated visits to Damascus by members of Greece’s Golden Dawn. Gabbard, who has also been criticized for meeting with Egyptian dictator Abdel Fattah el-Sisi, later returned the money.
Click to expand...

So is this the beginning of silly season for the presidential elections that are still a couple of years away?

The last one was great from the republicans, a threat collection of fruitcakes that all thought it was a good idea to stand up in front of the world and cry - pick me. Sort of a modern take on the emperor and his clothes story.

I do hope the Democrats get into the festive season this time around. Why should the Republicans get all the fun. They must have some equally imbecilic folk that have a bigger ego than self esteem.

We need a new hat- MNGA.

The evil Koch Empire is already attacking her treason.

"There is one main issue that is central to the rest, and that is the issue of war and peace," Gabbard said, according to CNN. "I look forward to being able to get into this and to talk about it in depth when we make our announcement."

Gabbard has earned her right to be critical of those conflicts. In 2004, she volunteered for a 12-month tour of duty in Iraq while serving in the Hawaii Army National Guard, leaving her seat as a state legislator to do so. She was deployed a second time, to Kuwait, in 2008.

Since entering national politics in 2012—when she became the first Hindu elected to Congress—she has been an outspoken critic of the bipartisan consensus on foreign policy. She opposed the Obama administration's interventions in Syria as being "against America's national security, international credibility, economic interest, and moral center" and has called for putting an end to the Afghanistan war "as soon as possible."

She's also reached across the aisle to work with libertarian-minded Republicans like Sen. Rand Paul (R–Ky.) and Rep. Justin Amash (R–Mich.) to nudge America's foreign policy in a less warmongering direction. Gabbard co-sponsored the House version of Paul's bill to cut off arms sales to Saudi Arabia and backed Amash's amendment to defund the National Security Agency over its warrantless surveillance program.

She's also been critical of her own party, calling out Hillary Clinton's track record of supporting foreign wars during the 2016 presidential primary. "Sec. Clinton has a record and positions that will take us into a future that will include more interventionist wars of regime change," Gabbard told MSNBC's Rachel Maddow in March 2016.

Gabbard has already secured a veteran of Sen. Bernie Sanders' (I–Vt.) 2016 campaign as her campaign manager, CNN reports. Gabbard had endorsed Sanders in 2016 after falling out with the Democratic National Committee over its handling of the primary and her opposition to Clinton's foreign policy views. While her support for Sanders' economic message may turn off libertarians for obvious reasons, it's difficult to imagine there being anyone in either major party primary who will be more critical of America's wasteful and seemingly endless post-9/11 wars. Her participation in the race will raise the profile of some important issues, for which libertarians should be glad.

She's also got a chance to be a strong candidate. She's young and cool—she surfs; she wants to end marijuana prohibition!—and isn't afraid to be an unorthodox, nonpartisan voice. She will certainly stand out in a Democratic field that figures to be crowded....
Click to expand...

Wow. They must really hate her.

At the very least, the CIC should be a veteran.

Blue Crab said:
At the very least, the CIC should be a veteran.
Click to expand...

Only 4 out of the last ten have been, if you go back further, most were.

Nixon was a veteran, does count as a plus or a minus?

The evil Koch Empire is already attacking her treason.


Wow. They must really hate her.
Click to expand...

I have zero issues with her on foreign policy.  I suspect neither you or the Koch’s will find much to like in her climate change proscriptions.

J28 said:
I have zero issues with her on foreign policy.  I suspect neither you or the Koch’s will find much to like in her climate change proscriptions.
Click to expand...

Two good steps would be to end the stupid ethanol in our fuels thing and promote industrial hemp.

.22 Tom said:
Two good steps would be to end the stupid ethanol in our fuels thing and promote industrial hemp.

I commend Gabbard's enthusiasm but based on the democratic push back to the Syria pullout, I don't think she's even remotely close to the democratic center on such issueI think she's going to get quickly eclipsed by Kamila Harris.

cmilliken said:
Both are good.

I commend Gabbard's enthusiasm but based on the democratic push back to the Syria pullout, I don't think she's even remotely close to the democratic center on such issueI think she's going to get quickly eclipsed by Kamila Harris.
Click to expand...

When they release the polls to determine the Debate eligible candidates  The leade will likely have single-digit support.

Nailing Malarkey Too said:
I wonder what the final count will be.  20? 30? More?

When they release the polls to determine the Debate eligible candic\dates  The leade will likely have single-digit support.
Click to expand...

I don't think it will be more than 14 candidates but we'll see.

jerseyguy said:
And her daddy don’t rock and roll (acknowledgements to Loggins and Messina)
Click to expand...