Raz'r said:
In a game of thrones, all are suspect. How do you think the Ukrainians got to her? Not exactly in their backyard, and she's a secondary figure. Maybe she had a little side nookie and hubby wasn't happy, figured out a way to deflect the standard "The husband did it" focus?
Click to expand...

Dugin was a philosopher, not a politician. Even his link to the Wagners is tenuous, in allowing them access to his Youth program for recruitment.

I'm not yet convinced it was the Ukrainians, but this conflict is damn near as perfect as the US Civil War was for clandestine ops, both sides have hundreds of thousands who can pass for the other's citizens and without breaking a sweat. As good as it gets.

Mark_K said:
Khrushchev worse than Stalin? Putin has become so mad he is randomly knocking off his best friends?
Click to expand...


No, Khrushchev was not worse than Stalin.
Putin is like Stalin in that he has no friends. As for Dugin being a philosopher, yeah, I kind of don't think so. You're taking things at face value. She was the daughter of an elite who (shock!) went to Moscow State. After that she wasn't a teacher which might qualify her as some sort of philosopher. She never called in on KALW's Philosophy Talk. She was a political commentator, an apparatchik. She damned sure didn't get put on the Treasury Department's sanctions list for her philosophy.

Moreover, none of that even matters unless there's a shred of evidence that the Ukes did this deed. If Putin killed her, it wasn't because of her philosophy. It was because she was more useful to him dead than alive.

They don't have four little dials any more? I feel old.

mikewof said:
a Russian separatist group has taken credit for it.
Click to expand...

Dugin was different then most Russian commentators. Special because he did ask for a total war, and declare a war, send in conscripts by the hundred thousands. Not the line of Putin.
Dugin and daughter appeared many times in European far right conventions, online or in person.
Who all are declaring her a goddess at the moment.

Maybe Putin warned so the extreme right in Russia not to be to critical or to aggressive towards him. Maybe he is afraid of a extreme right wing coup.
L

Here an interview from 2018 with Dugin, but in Dutch. 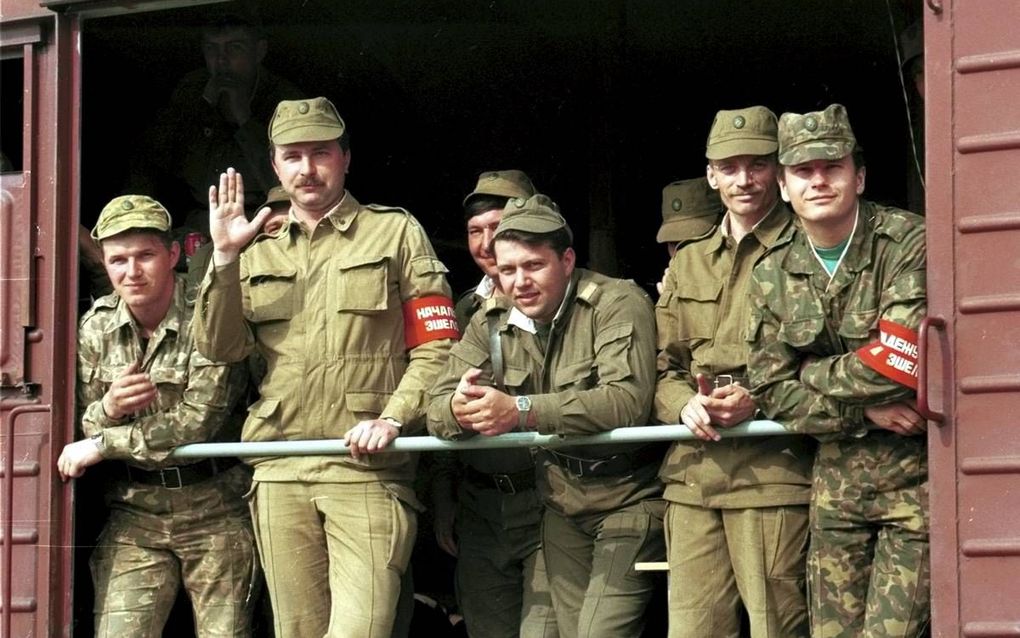 The Dutch had an interest for years in Russia and Donbas because of MH17 plane crash.

LeoV said:
Maybe Putin warned so the extreme right in Russia not to be to critical or to aggressive towards him. Maybe he is afraid of a extreme right wing coup.
Click to expand...

Everyone hoping for Putin to croak with or without outside help need to think on this, 50/50 odds IMHO his replacement will be worse.
L

I would guess a non far right extremist Russian would use them for a coup or assassination. Not for them to take over the country.
Useful idiots.

The United States announced another security assistance package to support Ukraine, worth $775 million. During the briefing with the press on August 19, 2022, to discuss the contents of the package, which is again a presidential drawdown package (the 19th since August 2021), the officials confirmed that the U.S. delivered AGM-88 High Speed Anti Radiation missiles to Ukraine and that these are being employed by the MiG-29 Fulcrum.

As you may know already, on August 8, U.S. officials said they were assisting the Ukrainian Air Force staying in the air and improving its capabilities. Something that was already done several months ago was the procurement of “sheer amounts of spare parts and other things” to keep the MiG-29s flying for a longer period of time, according to the briefing’s transcript.

Then, in one of the presidential drawdown authority packages, “a number of anti-radiation missiles that can be fired off of Ukrainian aircraft” were included, but no details were provided. In the same days, the first photos of debris left by HARM missiles after destroying Russian radars in Ukraine surfaced online. Other photos followed in the following weeks.

Many hypotheses were brought to the table, but without further details it was not possible to determine where the HARM came from. Now, during the August 19 briefing, the officials confirmed that AGM-88 missiles have been delivered, integrated onto Ukrainian aircraft and successfully employed to seek and destroy Russian radars, with additional missiles being readied for delivery.

“The aircraft that they have integrated it with is their MiG aircraft. They have actually successfully integrated it as something that we determined would be technically feasible, and based on that feasibility determination, we provided them with this capability”, said the official. Notice here the aircraft being generically defined as “MiG aircraft”. However, the MiG-29 has been explicitly mentionedduring the briefing and, in addition to that, the Fulcrum is the only MiG model in service in Ukraine.

No details have been provided about how the missile was integrated on the MiG-29. As we already mentioned in a previous article, integrating the missile on the MiG-29 doesn’t simply mean strapping a LAU-118A launcher and the AGM-88 missile to the MiG’s pylons, there is a lot more work that needs to be done to integrate them in the avionics and electrical systems. Also, another problem is how the Fulcrum’s pilots will perform the targeting of the missile, which usually happens through a Multi-Function Display that cannot be found in the MiG-29’s fully analogic cockpit.

Some analysts are suggesting a solution which involves a simple tablet linked to the missile to perform the targeting, possibly through the HARM in sensor mode. As the name suggests, the missile’s sensor provides the pilot with a list of emitters that are being detected, from which one is then selected for the missile about to be launched. Another mode could be the Pre-Briefed mode, however it does not seem very practical in a quickly evolving battlefield as the position of the enemy radar is programmed on the ground and cannot be changed anymore by the pilot once the aircraft takes off.

The briefing also provided the reason why the first announcement about the delivery of HARM missiles was so vague. “We do want to be careful about how we talk publicly about capabilities that will give Ukraine a significant asymmetric and unexpected advantage”, said the officials. “In this case, we have seen them using it successfully, so we are more comfortable discussing it, but we are not disclosing the specific numbers of missiles.”

They are running out of fodder.

To many smart people in jail, welcome in Russia.

The irony is strong in this one.
And the production values reminiscent of Tron.
Strange days where this is consumed by 60% of the populace?

LeoV said:
To many smart people in jail, welcome in Russia.

LeoV said:
To many smart people in jail, welcome in Russia.

Total non-sequitir but it's the first time I noticed they do a "round table" style setup while the US shows always does the "Brady Bunch" seating arrangement. Now that I've seen it, I'll not be able to unsee it.


That article sets the National Republican Army up as some sort of 'Al Queda like entity' inside of Ukraine. That doesn't really change the narrative from the Russian perspective - in fact, it makes them more inline with the US invasion of Afghanistan justification. That makes some sense and tells a narrative - that a lesser known group would attack a lesser known softer target in amongst the overall chaos.
L

Russia says over 1,000 children from Mariupol 'adopted' in its remote cities. The local authorities in Russia’s Krasnodar said that over 1,000 Ukrainian children from the occupied city of Mariupol “have found new families” in Tyumen, Irkutsk, Kemerovo, and Altai Krai.

Plausible, this guy has the money and resources to conduct this on his own and finding some Azov people to go along with it seems quite possible. Living in Kyiv means he would have unfettered access to the sort of person who the Russians are claiming to be the perp. This account is not inconsistent with the Russian's narrative. The Ukrainian government may have had nothing to do with it. It's entirely plausible that the Azovs would conduct this without informing the government as the Azovs believe the Russians have agents imbedded within it. Zelensky fired his security head several weeks ago for failing to be effective in rooting them out.

Note this "National Republican Army" he claims to be a part of was "hitherto unknown". https://en.wikipedia.org/wiki/Ilya_Ponomarev
Last edited: Aug 23, 2022

My guess if she was off'ed for something she knew.
L

The Dutch UAV "DeltaQuad" with vertical take-off is in service with the Armed Forces of Ukraine. 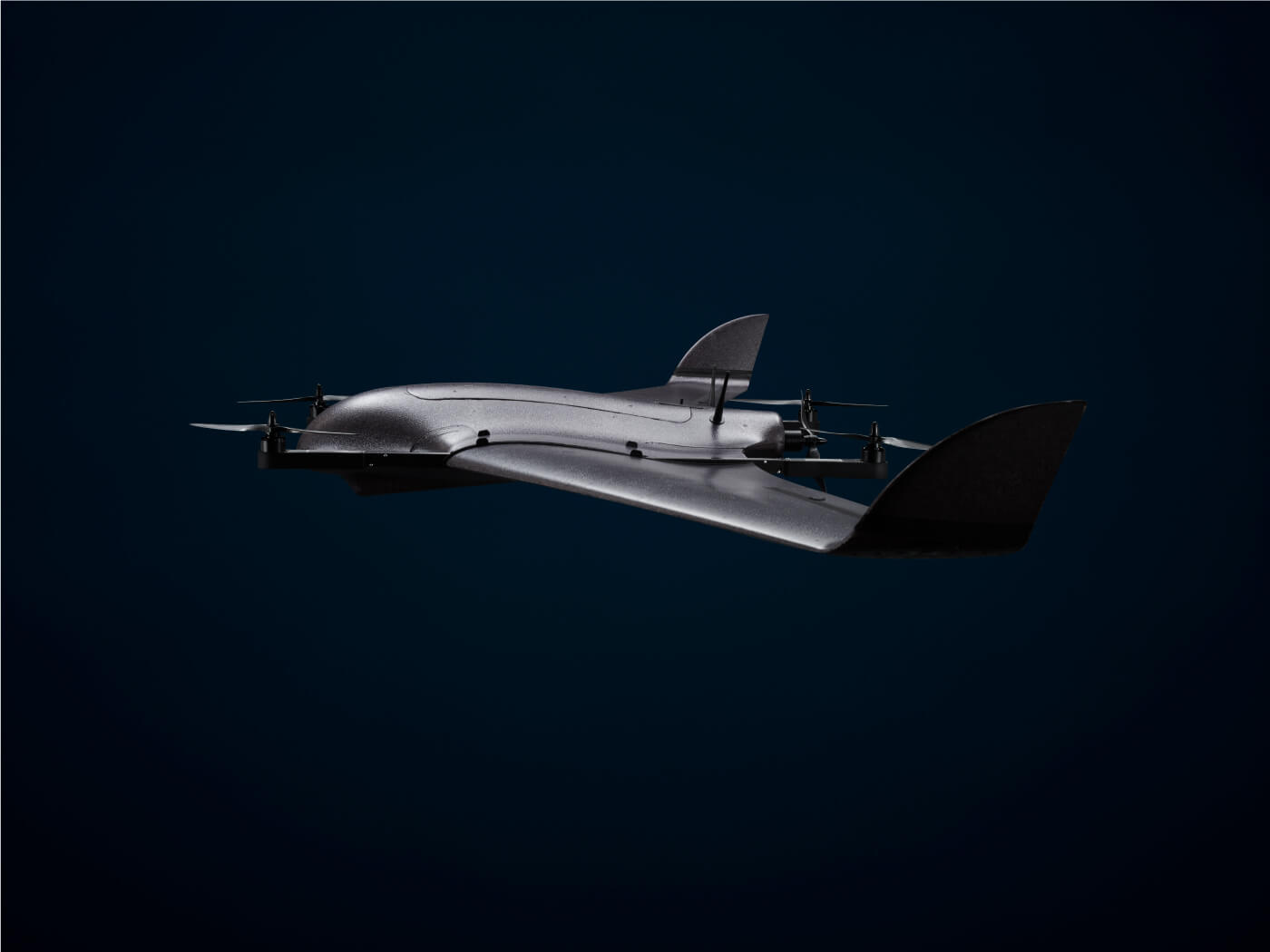 www.deltaquad.com
Paid for by the Dutch government. They are not cheap. Starts at 10K, up to 50k with all sensors.
The success of our current DeltaQuad platform is primarily based on the high payload capacity (1,2kg) combined with the prolonged flight time (110 min). Being equipped with a seperate quadcopter drive and fixed wing motor, the DeltaQuad is able to lift more weight (quadcopter) and fly more efficient (dedicated fixed wing drive) in comparison to UAVs based on a combined propulsion system for lift and flight. The DeltaQuad dual propulsion system also implies a redundant flight system for additional safety.
You must log in or register to reply here.
Share:
Facebook Twitter Reddit Pinterest Tumblr WhatsApp Email Share Link