Chris in Santa Cruz CA said:
I think he was trying to fuck up the entrance as much as possible and/or the car was used as a known thing that would burn a long time like a fire starter. Let me reference my library of urban gorilla warfare manuals

I think you're right. It just seems like it would tend to help identify him. It's either his car, or one he has access to. It would at least narrow the field of suspects.

, most likely stolen,,
, with a little planning, it could even be stolen from head recuiter.
L

Remodel said:
I think you're right. It just seems like it would tend to help identify him. It's either his car, or one he has access to. It would at least narrow the field of suspects.
Click to expand...

Stolen or donated. Not his maybe. If it was his then he expected to be identified and is now on vacation far away I hope!
L

Text from Rybar, best be seen with image.
The situation on the Limansky direction as of 13.00 September 27, 2022

Allied forces repel attacks on Liman from Ozerny and Shchurovo.

A unit of the Armed Forces of Ukraine has entrenched itself in the village of Novoye. From the bridgehead near Redkodub - Novy, the Armed Forces of Ukraine are trying to build on success in the direction of the village of Zelenaya Dolina and the Zherebets River in order to surround the Liman Group of Forces from the north and go to the rear of the troops defending the city of Liman.

On the western flank, the BARS-13 army reserve unit successfully repelled all enemy attacks on Novoselovka, Drobyshevo and Shandrigolovo.

East of the Liman, units of the Armed Forces of Ukraine set up several pontoon crossings between Kriva Luka and Belogorovka, created a bridgehead on the northern bank of the Seversky Donets, transferred equipment to the bridgehead and began preparations for an active attack on the positions of the allied forces in this area

Enemy mobile reconnaissance groups on light armored vehicles conducted reconnaissance in combat of the positions of the Russian Armed Forces in Yampol and Torskoy. The Kremennaya-Liman road is exposed to fire and is unsafe.

The last safe supply route for the Liman Group of Forces runs along the Svatovo-Makeevka-Terny-Liman road. The route is under the threat of blocking the Armed Forces of Ukraine both from the west from the Novy and from the south from the Seversky Donets.
L 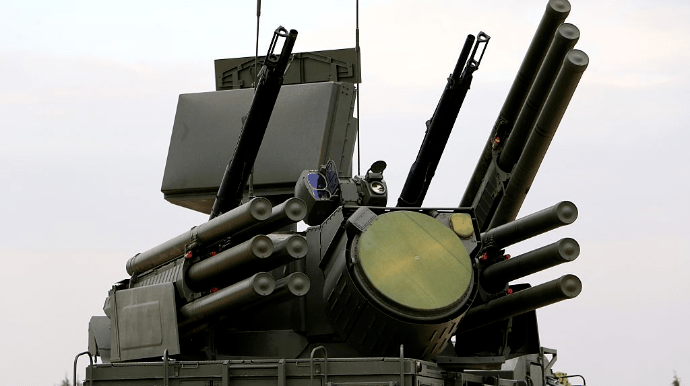 Ukraine's Armed Forces have destroyed a Russian barge near Kherson and three Pantsir-S1 systems. Source: Operational Command Pivden (South) on Facebook Quote: "The occupiers have lost another barge in Kherson Oblast and with it, the hope of establishing a connection between the banks of the...

Gotta be a bummer when 1/4 of your rockets fall out of the sky at your feet.

Quote of the day “A war has been declared against us”

Russian propaganda channels are preparing their audience for bad news. Aka stay strong, do not panic, our hero's are fighting hard.

LeoV said:
Russian propaganda channels are preparing their audience for bad news. Aka stay strong, do not panic, our hero's are fighting hard.
Click to expand...

Yep, but I think part of the line near Lyman. Looks like it is hot there.

LeoV said:
Yep, but I think part of the line near Lyman. Looks like it is hot there.
Click to expand...

Maybe like the battle of the bulge, one last gasp. Hope so but have no idea really.