I have blown up various things when I was young and foolish. That's a pretty big bang for even propane cylinders.

Looks like a going out of business fire.
P

Why does anyone care what actors $ comedians think about politics? Tucker Carlson’s opinions are about as important as Jon Stewart’s.

Good entertainment, but not news reporting.

spankoka said:
I have blown up various things when I was young and foolish. That's a pretty big bang for even propane cylinders.
Click to expand...


That was wild, seeing one whole wall blown out by a line of successive explosions.

Clove Hitch said:
We need @Dog 2.0 to explain this because he thinks Tucker is an insightful, intelligent fountain of wisdom
Click to expand...

Pierre Poilievre is going to hate this. Friday evening, continuing to take questions in a news conference after his spokesman tried to end it, President Vladimir V. Putin of Russia put forward a blunt thesis on the nature of truth.

“You can’t trust anyone,” he told a reporter for Russian state media. “You can only trust me.”

It was a fitting coda to a week that saw Mr. Putin particularly busy in constructing his version of reality at a time when a Russian victory in Ukraine appears as distant as ever. In a marathon of public appearances that began on Monday with a televised drive across Russia’s damaged bridge to Crimea, Mr. Putin held forth on nuclear doctrine, prisoner swaps with the United States, supposed Polish revanchism and even the “very harsh” practices of European zoos.

On Wednesday, the Kremlin published nearly three hours of footage of Mr. Putin meeting with his “human rights council.” On Thursday, it released a video showing Mr. Putin pledging to continue his attacks on Ukraine while appearing so jovial, champagne flute in hand, that some observers thought he was drunk.

And in the Friday news conference on the sidelines of a regional summit in Kyrgyzstan, the president dismissed the notion that Russia’s invasion of Ukraine might be facing headwinds.

“The special military operation is taking its course, everything is stable for us there,” Mr. Putin said, using the Kremlin’s term for its war in Ukraine. “There are no issues or problems there today.”

Most of what Mr. Putin said repeated his past positions, and much of what he said was false. On Ukraine, he said that “in the end, we will have to reach a deal” to stop the war, even as he gave no hint of being prepared to respect Ukrainian sovereignty. And referring to Thursday’s release of the American basketball star Brittney Griner in return for the Russian arms dealer Viktor Bout, Mr. Putin said that Russia “won’t say no to doing more of this work in the future.”

Yet his string of appearances was also a message in itself: that of a president who, despite an economy sagging under sanctions and Russia’s enormous military losses, is trying to portray himself as healthy, alert and still in charge.

The burst of activity has been a departure from November, when he held only one extended public event from Nov. 10 to 20 — an absence from the limelight that went unexplained by the Kremlin.

“He is simply showing, mainly to Russia’s ruling circles, that he continues to be in control of the situation,” said Grigorii Golosov, a professor of political science at the European University at St. Petersburg. “When Putin speaks so much, what he is saying is not so important.”

Indeed, some of Mr. Putin’s commentary this week mainly served to reveal his fixation on his own government’s propaganda. At his Wednesday videoconference with a handpicked human rights panel, he responded to a question about the treatment of Russians in Europe by claiming that “nationalist elements in Poland” were “dreaming” of seizing parts of western Ukraine — repeating an unfounded claim that one of his top intelligence officials had madethe week before.

He then went on a tangent about zoos: “In some Western countries animals in the zoo are killed in front of children, butchered and so on. This absolutely does not correspond to our culture, the culture of the peoples of the Russian Federation.”

It was a reference, pro-Kremlin media reported, to the decision by the Copenhagen Zoo in 2014 to kill a giraffe because of the risk of inbreeding. And it was an example of how Mr. Putin is trying to use whatever arguments he can to bolster anti-Western sentiment among the Russian public.

But in Mr. Putin’s autocracy, it is his own words that offer the best guide to Russian policy. On that score, he offered no hint of self-doubt this week, reprising the comparison he made last June of his own conquests to those of Peter the Great, the pivotal 18th-century czar.

“The fact that there are new territories — this is a significant result for Russia, it’s serious,” Mr. Putin, flashing a self-satisfied smile, said at his videoconference Wednesday with his human rights council, despite his military’s increasingly tenuous grip on those regions.

“Peter the Great was already fighting for access to the Azov Sea,” Mr. Putin added, referring to the southeastern Ukrainian coastline that Russian troops now control.

The next day, Mr. Putin awarded Russia’s Gold Star to military officers at the Kremlin. In addition to releasing footage of his speech, Mr. Putin’s office published a four-minute clip of the president making military small talk with the honorees, as each held a champagne flute.

“The attack aircraft are fighting just great, as are the ‘sushki’,” Mr. Putin said, referring to the military’s Sukhoi warplanes with a diminutive. “Great, just excellent.”

He went on to justify Russia’s assaults on Ukraine’s energy infrastructure with a “But who started it?” rhetorical question, claiming Ukraine was to blame because it had attacked the Kerch Strait Bridge to Crimea, which Russia uses to supply its frontline troops.

On social media, some expressed surprise that the Kremlin released the footage, given that Mr. Putin — whose sobriety and self-control are central to his carefully crafted image in Russia — looked like he may have been tipsy as he swayed back and forth. But Mr. Golosov said that broadcasting Mr. Putin seeming happy and relaxed as he discusses his country’s deadly war was effective for the Kremlin’s spin doctors.

“Putin needs to show the public that everything is going well,” Mr. Golosov said, “that he is able to talk about what is going on with amusement.”

Still, Mr. Putin also has a global audience in mind. On Friday, he elaborated on what he said could be a shift in Russia’s nuclear doctrine, warning that Russia could amend its philosophy to allow for a pre-emptive strike. American policy, he said, might necessitate a more aggressive stance — even as he left his options open, as he usually does.

Has it been three days yet, Pootsuckers? 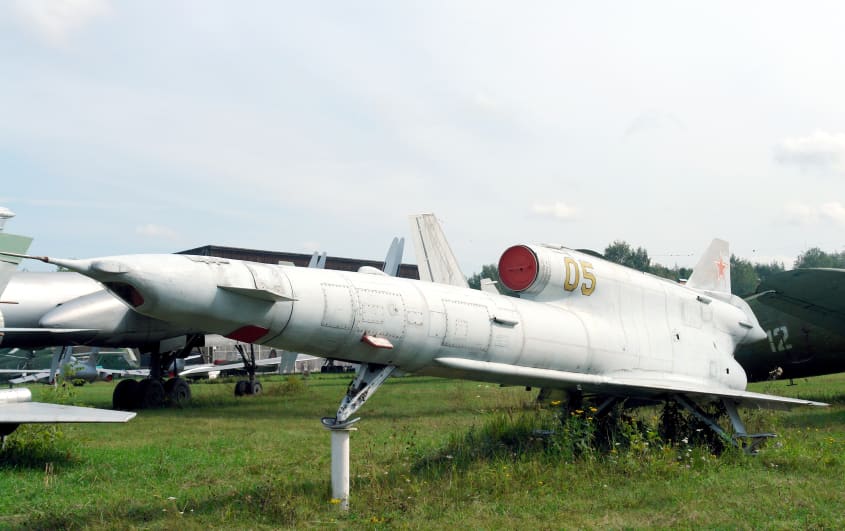 Ishmael said:
Pierre Poilievre is going to hate this.


He should, this is embarrassing to all Canadians.

With the same GDP as Russia the best we can do to support Ukraine is send them long underwear?
Howitzers - we sent 4
Armoured vehicles - unarmed version

If Germany says OK, and Trudeau or Freeland sends Leos to Ukraine-I may vote Liberal for the first time in my life. The Germans were never fussy about Leos killing Taliban pricks.

Whoops. Nice museum you have there, Pootsuckers. it’d be a shame if something happened to it.

Sol Rosenberg said:
Whoops. Nice museum you have there, Pootsuckers. it’d be a shame if something happened to it. 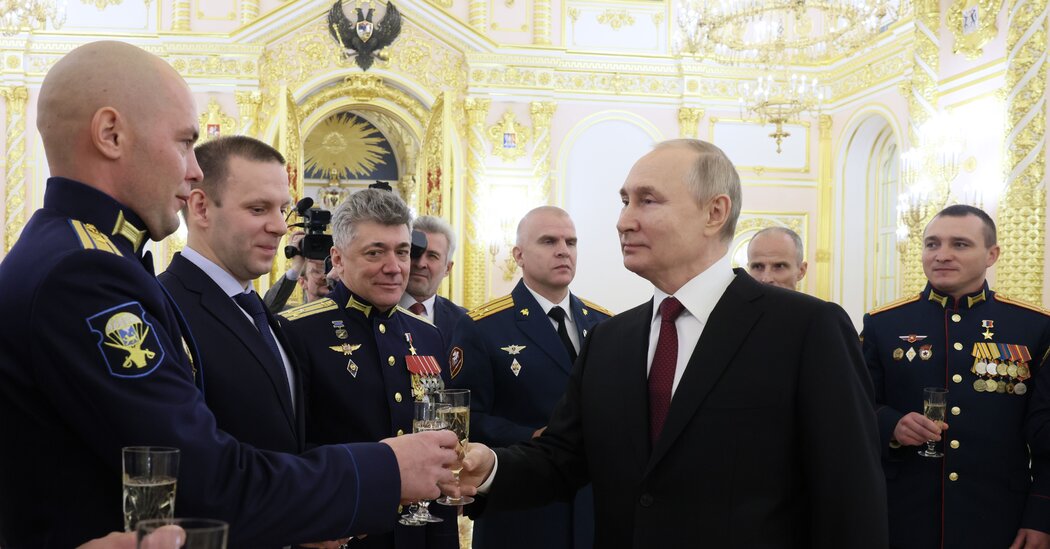 In a string of appearances, it wasn’t so much what the Russian leader said, much of it false, as it was his apparent need to demonstrate that he is healthy, alert and in control.

hobie1616 said:
“The special military operation is taking its course, everything is stable for us there,” Mr. Putin said, using the Kremlin’s term for its war in Ukraine. “There are no issues or problems there today.”
Click to expand...

Putin needs to hire this guy. Russia did send a wave of drones to attack on the coastal areas. Harder to defend over sea.

Ukraine stepped up with a Himar or drones in occupied areas. Even in Crimea militairy barracks are on fire, could be an accident.

Interestingly Russian Telegram is linking the US green-light to Ukraine for long-range missile strikes on Russia to the breakdown of negotiations on the Zaporizhzhia nuclear plant.

SoreAss has retired, but Sluggo is giving it his best. I might even say Sluggo is better at lying and misdirection than the original Minister.

phillysailor said:
Why does anyone care what actors $ comedians think about politics? Tucker Carlson’s opinions are about as important as Jon Stewart’s.

Good entertainment, but not news reporting.
Click to expand...

Sadly, a couple million idiots think his schtick is real.

Raz'r said:
SoreAss has retired, but Sluggo is giving it his best. I might even say Sluggo is better at lying and misdirection than the original Minister.
Click to expand...