Ah, did I find the wrong Amstor Mall?

In other news Putin has been pushing Lukashenko to commit Belarus to the fight. Not going well as Lukashenko knows he is on very shaky ground and the "special operation" is very unpopular there since Putin can't control the media. The Belarus troops don't want to go and if push comes to shove the most likely outcome is a coup and Putin has one more gnat eating at his assholiness.
L

Russia is now visually confirmed to have lost 800 tanks since it began its invasion of Ukraine 125 days ago.
Source Oryx.
So many more gone. Staggering numbers. If only their arty could be smashed as hard.

Himars active, as debri found near a couple of places hit. One Himar hit a militairy base. Ukr targeted 17 warehouses.

The speculation is they are out of (or very short on) Kh-101, Kh-555 (& super short on Kaliber). The Mall was (apparently) hit by a KH22 variant., as were most of the missiles released over Belarus a few days ago.
D

enigmatically2 said:
Ah, did I find the wrong Amstor Mall?
Click to expand...

Could be, there are quite a few.
L

Let's hope they run out. The KH22 variant is made to destroy not only ships.
M

estarzinger said:
The speculation is they are out of (or very short on) Kh-101, Kh-555 (& super short on Kaliber). The Mall was (apparently) hit by a KH22 variant., as were most of the missiles released over Belarus a few days ago.
Click to expand...

May have been intended for the train depot about 300 yards south of that mall. The Rooskies have been digging deep into their old stocks of guided munitions of late, and their aim has been none too good.
L

KH22 variant that hit the mall is a after 2010 developed weapon, not old stock.
They have send so many now, and with a long war predicted, running out of missiles must be a concern. But you can not show that. Or maybe they have more then intelligence thought.
M

LeoV said:
KH22 variant that hit the mall is a after 2010 developed weapon, not old stock.
They have send so many now, and with a long war predicted, running out of missiles must be a concern. But you can not show that. Or maybe they have more then intelligence thought.
Click to expand...

Looks like Sweden and Finland will join NATO, after concession to Turkey.

Russian comments in a meltdown over Turkey supporting Sweden and Finland joining NATO - "Erdogan sold himself!", "no more tourists for Turkey!".
L

Discussion was about anti ship missiles used against buildings shows Russia is out of stock. Maybe, maybe not. Intel group discussed that and no conclusion. However the latest variant of KH22, the KH32, looks more reasonably to be used. And after a strike it is hard to get prove wich variant used.
L

Explosions at Donetsk occupied military bases in Yasinuvata, Nova Kakhovka, and earlier today at Kadiivka and Perevalne.
Coordinated shelling of front lines, not only Russia can do barrages.

Unconfirmed but credible reports of explosions at Kursk airbase-100km from UKR border.

What stops Ukr from hitting airfields in Belarus, where Ru bombers are supposedly launching from and then firing missiles into cities in even western Ukr?

I hope Ru is happy with trying to hold 'only' Luhansk and Donetsk, and the south and the ports and etc, but these renewed strikes on Kiev and elsewhere suggest otherwise. The effort is slow but relentless. Real counter-attacks need to happen, against no matter where the missiles are being fired from.
P

Ukr is probably not attacking Belarus targets (or planes in Belarus airspace) to avoid giving Belarus an excuse to jump in.

And as far as the missiles, there is a lengthy post by Tom Cooper on the subject. For this topic, he seems to be very knowledgeable.


And yes the target for the recent strike was probably the pavement plant behind the mall.
P

What really needs to happen is:

P Flados said:
What really needs to happen is:


During World War II, Reichskommissariat Ukraine (abbreviated as RKU) was the civilian occupation regime (Reichskommissariat) of much of Nazi German-occupied Ukraine (which included adjacent areas of modern-day Belarus and pre-war Second Polish Republic). It was governed by the Reich Ministry for the Occupied Eastern Territories headed by Alfred Rosenberg. Between September 1941 and August 1944, the Reichskommissariat was administered by Erich Koch as the Reichskommissar. The administration's tasks included the pacification of the region and the exploitation, for German benefit, of its resources and people. Adolf Hitler issued a Führer Decree defining the administration of the newly occupied Eastern territories on 17 July 1941.[2]

Before the German invasion, Ukraine was a constituent republic of the Soviet Union, inhabited by Ukrainians with Russian, Polish, Jewish, Belarusian, German, Romani and Crimean Tatar minorities. It was a key subject of Nazi planning for the post-war expansion of the German state. The Nazi extermination policy in Ukraine, with the help of local Ukrainian collaborators,[3] ended the lives of millions of civilians in The Holocaust and other Nazi mass killings: it is estimated 900,000 to 1.6 million Jews and 3[4] to 4[5] million non-Jewish Ukrainians were killed during the occupation; other sources estimate that 5.2 million Ukrainian civilians (of all ethnic groups) perished due to crimes against humanity, war-related disease, and famine amounting to more than 12% of Ukraine's population at the time.[6] 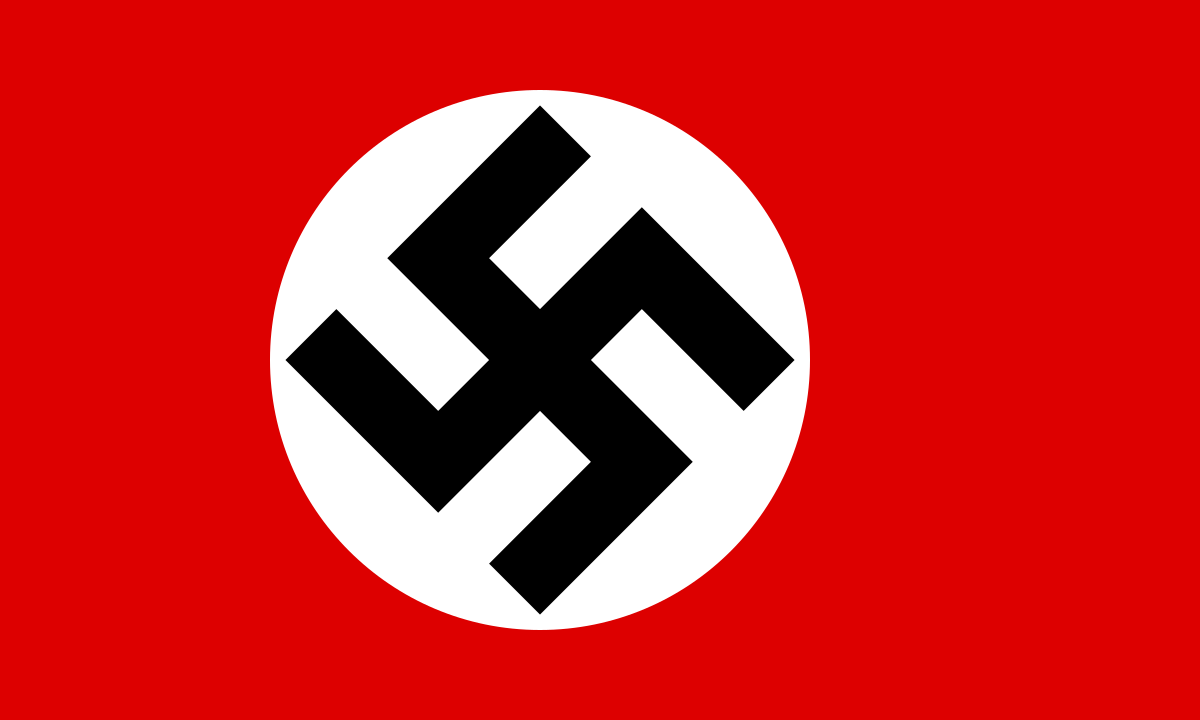 Now, putting all other questions aside, do you really think Germany is the nation to dictate ceasefire terms to Ukraine?

NASAMS: what is known about the Norwegian anti-aircraft missile complex
The Armed Forces of Ukraine can soon boost the zenítno-Rocketnimi complexes of nasams. CNN is reporting the United States of America is planning to buy them for our state. So let's talk about this sample of weapons in more detail.

Admitted to the arms of the Norwegian Air Force in 1994
NASAMS (Norwegian Advanced Surface-to-Air Missile System) mid-range mobile missile complex (ZRK) is designed to impact air targets at small and medium altitudes in any weather conditions. Adopted to the Norwegian Air Force in 1994 to replace the Improved Hawk complexes, which surpasses combat capabilities. Namely: capable of simultaneously escorting and striking a larger number of targets, reduced time spent on transferring the complex from a camp position to combat. With the number of support personnel quoried, NASAMS has a greater degree of equipment unification and integration with other systems.
The complex includes a launch on the basis of a high-pass car chassis Scania P113, AMRAAM (AIM-120A) class "air-to-air" rockets, placed in six transport-launch containers, and a multifunctional radio station is AN/MPQ-64.

The rocket is equipped with a fragment-fugasno

combat part of the targeted action
The AIM-120A Airborne Controlled Rocket (ZKR) is made according to a normal aerodynamic circuit and has a small-area cross-like wing, which provides fairly good maneuverability even at low flight speeds and cross-like steering in the tail part. The rocket launch takes place at a fixed angle of 30°. Capture of the whole radiolocation head of the zkr self-production takes place at a distance of up to 20 km, after which its active self-production occurs. The missile is equipped with a fragment-fugate combat part of a targeted action deflected by an active radiolocation or contact defuser. Transport-release containers from the ZKR are located horizontally in the hiking position. To increase the durability of the complex, the focus of the launch rig is provided from the positions of the control point and the rls to a distance of up to 25 km. In this case, communication with installations can be arranged by cable, fiber-optic or digital communication line. Thales Communication equipment based on TAS 300 (Tactical Eurocom switch) provides high-speed exchange, encoding and decoding traffic between network nodes, interface with STANAG 4206 networks (multi-channel tactical) niy digital gateway NATO for interaction between highway networks of different countries) and ISDN (technology of simultaneous transmission of digital and analog data with using a single line of communication).

AN / MPQ-64 radar simultaneously accompanies up to 60 air targets
The AN/MPQ-64 Sentinel multifunctional radio station provides detection, recognition and simultaneous escort to up to 60 air targets, as well as up to three ZCRs on selected of them. RLS conducts space survey by means of mechanical rotation of the antenna by azimut and electronic scanning at the angle of the place. Rls work management is carried out by using an electronic computing machine (EOM) of the fire control point. Rls rollout time and prep for work takes 10 minutes. All station equipment is installed on a towed trailer. By the way, to ensure combat work in a complex factory environment, the NASAMS complex is equipped with an opto-electronic tracking system - NTAS (Norwegian Tracking Adjunct System). Rls airspace information (data refresh period is 2 seconds) is transferred to the fire control point, which includes two high-performance EOMs, multi-purpose modular construction remote with indication systems and up snails, data transfer equipment and means of communication. The remote has two duplicating automated workspaces (ARMs) with the same controls. Each ARM is equipped with three displays, two of which display all air and combat settings, and the third - the condition and readiness of the complex systems. Detailed information about the direction, speed and height of any target can be obtained by the operator by entering the azimuthu marker and pressing the read data button to display it on the indicator screen.

NASAMS ZRK battery — 54 rockets at different purposes in 12 seconds
The main tactical unit of the NASAMS ZSC is the battery. Its composition includes three fire squads (total set of 54 rockets), merged into an information network in such a way that each of the three RLS is capable of replacing all the others. The battery command post (located at one of the fire control points) can receive targeting from senior staff and issue air data to the platoon fire control points. And all 54 rockets can be launched at different targets within 12 seconds.
Material: Sergey Voronkov Correspondent Information Agency ArmyInform