enigmatically2 said:
Thanks for that. I was looking at the drop in car production in Russia- in particular a breakdown by brand. I can't find that now, but the reduction is pretty shocking. One would assume that for most brands (including russian ones) repairs will be increasingly difficult as they are dependent on russian imports.

So as well as not being able to build new vehicles, the existing cars and lorries will progressively start to fail. And of course aircraft as previously discussed. At some point that will start to have massive secondary impacts on Russia's whole logistics and distribution networks. Then their remaining domestic industries will fail.
Their rail network will probably cope better and I know that is big there, but still need local distribution by road.
Click to expand... 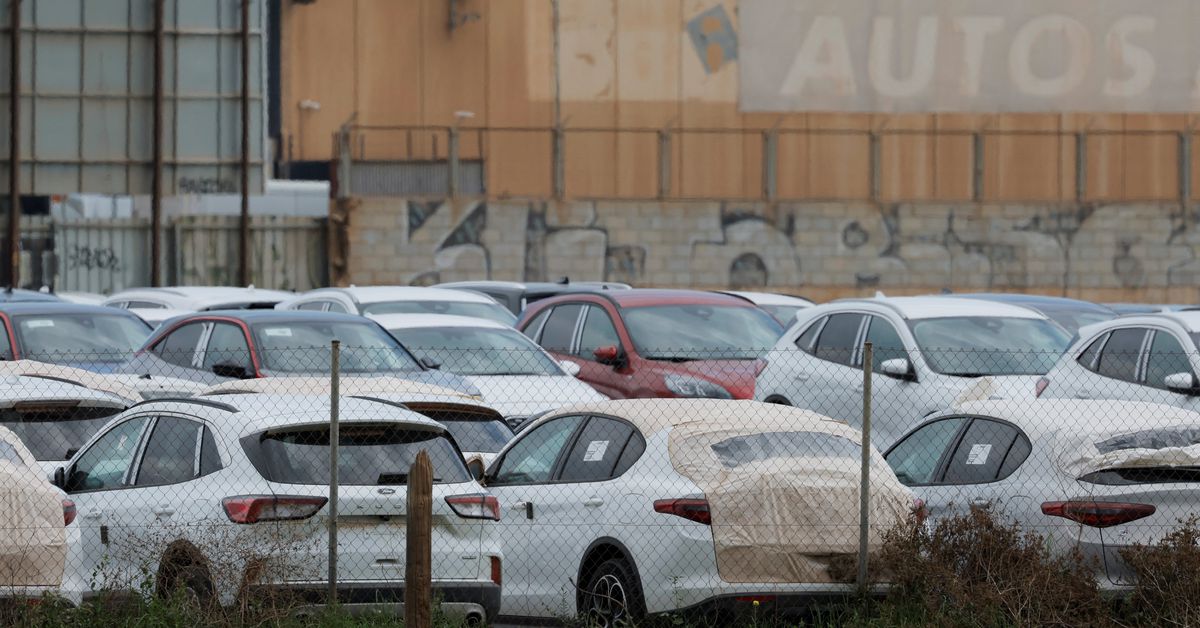 The number of new cars sold in Europe declined for the 10th month in a row as supply chain issues continue to take a heavy toll on car production, industry data showed on Wednesday.

And UK car production actually rose in June- by 13.3% (admittedly first month in last 11)
And for Electric vehicles it more than doubled

https://wartranslated.com/ukrainian...v-about-lysychansk-and-morale-of-ua-soldiers/
Note re "frontline updates": this site has links with Igor Girkin, also known by the alias Igor Ivanovich Strelkov, is a Russian army veteran and former Federal Security Service officer who played a key role in the annexation of Crimea by the Russian Federation, and later the war in Donbas as an organizer of militant groups in the Donetsk.

"Unfortunately, it turned out that for some reason, everyone forgets the problem. I have always said that the main problem is not the top-down, not the altitude or the lowlands. The main problem is logistics and provision because you can be courageous. You can be fearless. You can be super prepared, have three night-vision eyes, and all that. But what happened to Severodonetsk?

Three bridges that connected Lysychansk and Severodonetsk were destroyed. That is, any supply could have been conducted by what? By pontoon crossing or by boat. Even if this Severodonetsk could be filled with ammunition, in advance, water, food – anything. But you can’t evacuate the wounded in advance. The wounded appear during the battle.

The main problem is evacuating the wounded soldiers. If there is no evacuation of the injured, as soon as there is no medical assistance in time, that’s it. We can consider that the unit is already lost. Because everyone starts thinking, “aha, if I get wounded, what if I’m bleeding just the same, waiting for someone to come by boat or something?

How many times have I heard the rationale of that Severodonetsk, why we needed Lysychansk, we did not need Severodonetsk, stand to the death, and so on – you can do anything. Especially since at that time in Severodonetsk, there were those units of the SDF, the National Guard motivated, which could generally conduct the defense. But again – for what? So they could complete the defense until this defense was more valuable than the withdrawal to previously prepared positions.

How did this happen? Well, again, everything has a limit on patience, a limitation on endurance, and so on. That is, I saw a unit that had been repulsing all the attacks for three months, had been counterattacking, had been chasing the enemy. And then the moment came when – bang! And everybody refused to do the mission. Just abruptly, that’s all. So there was some breakdown.
When there are very few experienced and motivated service members, they no longer affect the morale of the entire unit. And when many of the mobilized servicemen arrive, who have no experience, skills, desire, nothing, they override with their panic any rational grain of those people who make up the backbone of the unit.

In my opinion, we need to look clearly: as soon as the unit becomes somewhere around 50% of the regular unit, it already needs to be withdrawn for at least 5, 7 days to recover, even to a second line. So let’s say not to the “mainland” part of the country where there are no hostilities, but even 20 km, 30 km from the front line. So that at least they are not hit by gun artillery. The main task is to get them out from under the barrel artillery. And there, they can quietly reformat and ditch the units coming in for re-staffing.

I mean, what’s the problem? Even if this sergeant wanted to pass on some of his experience to a soldier new to the unit, he couldn’t pass it on. Why not? Because he’s here, he’s in a different position. There is a constant battle. You can’t just talk about anything, and you can’t teach anybody anything. Just simply to put his head on straight. There’s no time. And there’s just no opportunity. So it is necessary to keep a specific limit of fatigue, a boundary.
"
Last edited: Aug 5, 2022

Anybody notice the large amount of recycled video coming out of the war lately? It is almost as if both sides have suddenly decided to limit access to the current situation.

Rain Man said:
Anybody notice the large amount of recycled video coming out of the war lately? It is almost as if both sides have suddenly decided to limit access to the current situation.
Click to expand...

Plenty of current news in the press Military bases set up in residential areas including schools and hospitals Attacks launched from populated civilian areas Such violations in no way justify Russia’s indiscriminate attacks, which have killed and injured countless civilians Ukrainian forces have put civilians in harm’s way by...

Fuck Amnesty for that bullshit. The Ukrainian head of AI resigned over that report.
D

slug zitski said:
Plenty of current news in the press

Military bases set up in residential areas including schools and hospitals Attacks launched from populated civilian areas Such violations in no way justify Russia’s indiscriminate attacks, which have killed and injured countless civilians Ukrainian forces have put civilians in harm’s way by...


Yes. Also numerous reports by Amnesty on "Russia's aggression against Ukraine: The invasion has triggered a huge human rights, humanitarian, & displacement crisis that has the makings of the worst such catastrophe in recent European history."

On repression of free speech, the media and on disinformation by Russia. "As thousands of protesters take to the streets across Russia to denounce the war, the Kremlin remains hellbent on stifling state critics as it coerces domestic media into supporting its policies".

And so forth. Yet somehow, you didn't pop up here to tell us about those Amnesty reports. 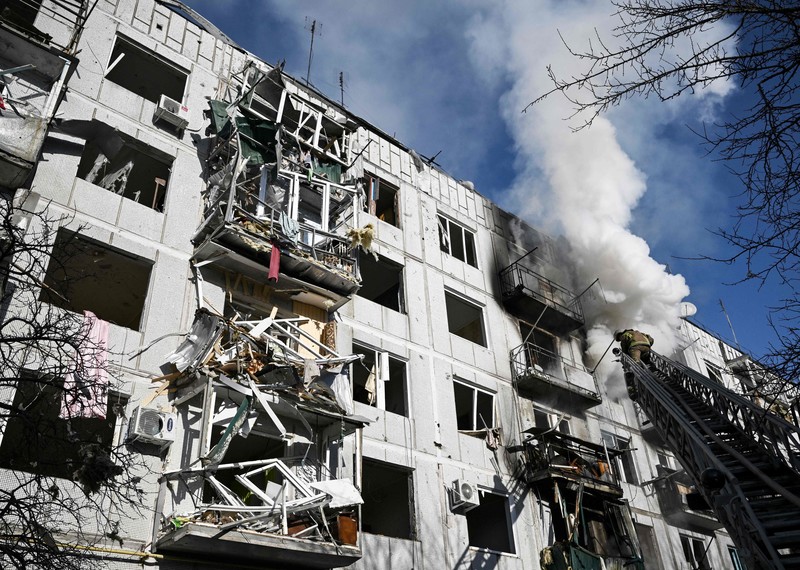 As Russia continues its war against Ukraine, Amnesty International is exposing violations of human rights and international humanitarian law.

A good look at the hills above Bakhmut, I've seen it on Google E. but a first person view is very informative regards the importance of terrain in this area. And an interesting interview as always from Nastya.

Russia one war crime after another documented. On a daily basis. Amnesty find a couple of situations that endanger Ukrainian civilians at the front. In 4 months. And tell them to die in the woods. Amnesty gone crazy. Another NGO going bad.
Just try and imagine how many more Russian executions, decapitations, acts of torture, castration, mutilation they did not see and investigate because they are not on videos. Russia’s war has unleashed unbelievable barbarity and hatred.
L

barfy said:
And an interesting interview as always from Nastya.
Click to expand...

Very good one. Thanks.

Zonker said:
Fuck Amnesty for that bullshit. The Ukrainian head of AI resigned over that report.
Click to expand...


And fuck Slug Zitski for being an Orc supporter. I thought that ignorant asshole had been flicked permanently.
H

Did Slug just make his re-appearance? I thought he was off driving a big boat around for some russian prick?
E

hdra said:
Did Slug just make his re-appearance? I thought he was off driving a big boat around for some russian prick?
Click to expand...

Well not a big russian owned yacht. They'll have been confiscated.

All credible reports point at a monstrous war crime of a evil and out of control regime. And not only the latest premeditated mass murder. 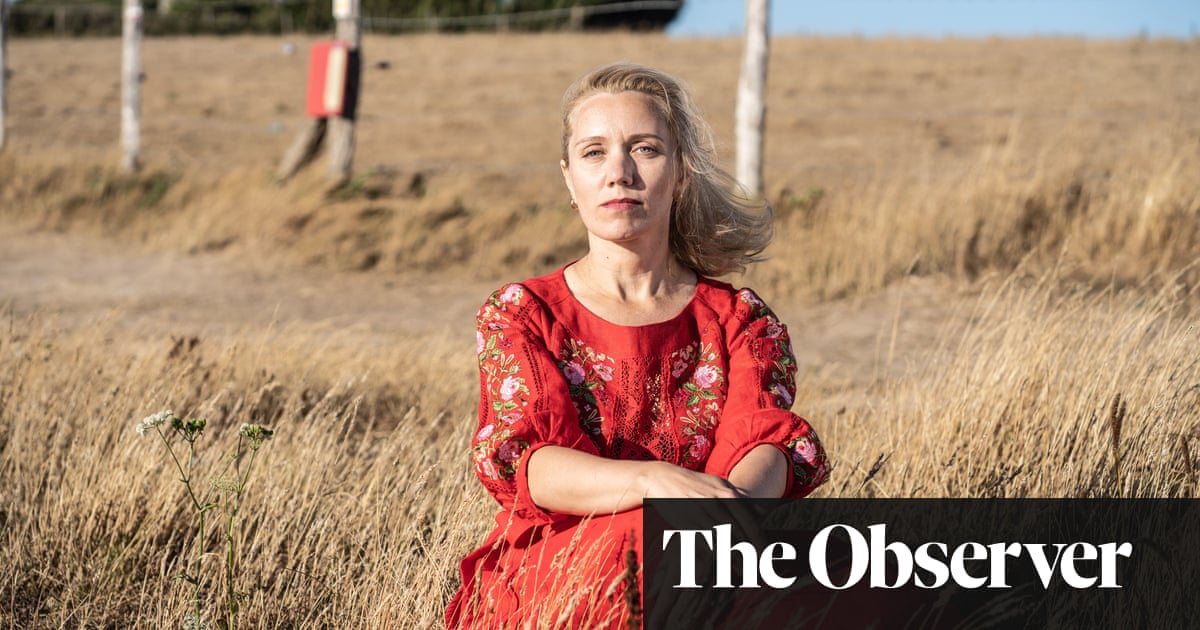 ‘Absolute evil’: inside the Russian prison camp where dozens of Ukrainians burned to death

Kind of watched this report twice, but still not sure what message CBS is trying to convey to the American public.
Anyway, don't tell me that WaffleRay was right with his hearsay about weapons disappearing. The testimony of Amnesy Int can also go straight into the Waffle bucket.

I can assure them that any weapons "lost" will go underground, straight to the resistance in Ukraine, or even in Russia.

Also, heard much about jamming drones, with gps and so, but never saw an actual drone jamming gun. Impressive!

A partisan UKR account of the events in Olenivka, nevertheless to my mind a credible and detailed refutation of the explanation given by RUS and DPR.

A grim reminder that the west must stand united and resolute for as long as Ukraine wants us to do so.

I was thinking, and why not say it here:

This is even worse than sending innocent people to the gas chamber.

No, at second thought, it's both as bad as it can get.
And indeed, we should never give up to try and stop those and other similar horrors!

Absolutely.
In the late 70's Russian sailors participated in International regattas turning up in Soviet army trucks, oil skins and well-worn boats. The boats were battered because of hours and hours of intense practice and their sailing skills were impressive, especially in the Flying Dutchman and Star classes. it was a joy watching them in the breeze, especially Vladimir Leontyev sailing his FB back after 8 hours on the water, in a blustery offshore breeze, crew flat out playing genoa and kite, the boat plum flat.
We used to exchange little badges, some of which I still have, including Kovalenko's old sailing club. Once I helped a Russian 470 crew up the ramp. Their political officer saw it and I never saw them again. When the Berlin Wall came down I genuinely hoped it would bring a new world order with a genuine Russia being open and like any other western country.
Hopefully and not in vain, this conflict will waken up politicians' resolve to dictatorship and tyrants, along with misguided appeasement.
Last edited: Aug 7, 2022