With a two week breather now in Newport I thought this thread and discussion might help keep interest afloat.

With the owners of the VOR, being Volvo Cars (Zhejiang Geely Holding Group a Chinese Private Co) and Volvo Commercial/Other (AB Volvo a Swedish Public Co) looking to offload the VOR subject to interest, what are the mistakes or opportunities lost (or maybe still there) since Volvo took it over from Whitbread in 2001?

The reason for looking to identify those is to try and acertain why it has struggled to remain relevant since 2001 when alternative RTW formats have flourished and also give some indicator to its commercial value today and asertain if it indeed has a future?

To kick discussion off my two quick headliners are;

1. Slow to Adopt to Change and Recognise Competitor Self Interest.

While this example pre-dated Volvo ownership of the race, they were the one writing largest cheques at the time. That example was not biting the bullet and persevering with a mixed class format in the 93/94 Edition putting Maxi's and the W60 up against each other. That simply sent a mixed message to how the Race Organiser valued sponsors and that carried over into subsequent editions when it became a single class event.

Behind that is an argument this was done solely to appease the demands of Grant Dalton having the backing for a Maxi.

2. Put Too Much Value on Stopover Income/Single Entry Encouragement.

The best example of this is the Abu Dhabi stopover introduction in 2012 where the entire course was put on its ear, arguably losing many fans, even those regarded as "rusted on". The rediculous race on top of a freighter was a another subset of that decision.

After two goes, and then winning the title in the 2014/15 edition using the new OD VO65, that replaced the V70, Abu Dhabi simply walked away from the VOR despite the capital invested in accommodating their demands. If Dongfeng win this edition do we see a repeat of that?

Is the lesson one that more effort be applied to securing long term stopover commitments, even though they don't necessarily field a team, to preserve RTW course integrity?

Australia being in and out since the races inception, yet fundamental to a decent race course incorporating the entire SO is one example. Another is the bizzare decision of NZ getting just a 48 hour pitstop (Wellington) in 2006.

As expected and on Q Randumb indicating his forte is bagging the VOR and having no interest in its wellbeing or survival, let alone a positive contribution to same.

Randumb however as first poster does get the free T-Shirt representing his marvelous input. 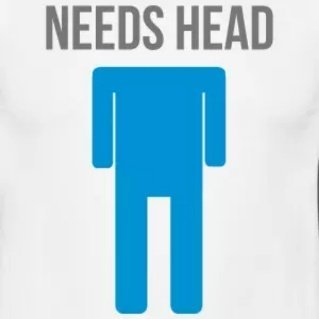 Edit: &amp; the free marketing they'll do for you.

Point taken Randumb but for over 35 years not just the skipper but crews have been paid in some way to take these boats around the orange.

More importantly other RTW events in this period have prospered unlike the VOR on exactly the same pay for service/sponsorship model that has to underwrite a serious expense.

So your Corinthian/large benefactor like a  Conny van Rietschoten/Flyer2 in 1983 underwriting an adventure in a large/grand prix style boat actually really exist anymore?

random said:
It's because the other races have passion in them.  The VOR is now a parade of brands that some of us have no idea what they do crewed by hired guns.

Then your interest is well catered by this then, and the genisus to the Whitbread, so why bother doing your best to tear the only crewed high end RTW race in existence to pieces, but with nothing to offer other than cheap insults?

Sailing round the world is pretty ho hum these days, offshore racers appreciate the details and action of the VOR but no one else cares.

The public interest now is in foiling and 600+ mile days, and the public are mostly in Europe..

olaf hart said:
The public interest now is in foiling﻿﻿﻿﻿﻿ ﻿and 600+ mile days, and the public are mostly in Europe..
Click to expand...

So olaf bearing in mind my point #1 in the OP that the RO has been slow to adopt change (and still no one has launched a RTW capable crewed foiler), the announcement by the RO this time last year (how time flys) of the platform for the next edition is clearly the way to go to save this event in your opinion? 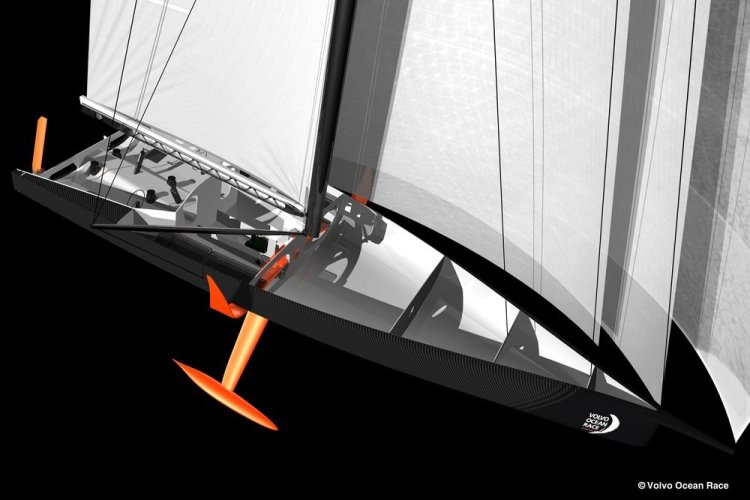 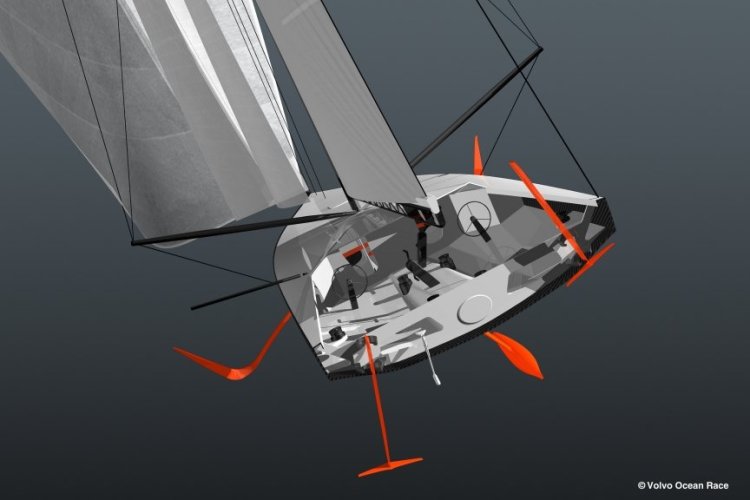 Not getting Ian Walker to replace Knut.

Before Knut was the biggest idiot.

jack_sparrow said:
Before Knut was the biggest idiot.
Click to expand...

The guy is a dinosaur. His reaction to the likes of Sam or Dee completing the VG was "oh sailing isn't hard anymore we need more drama"

^^^ Yes and kissed on the dick post his Olympic Laser/Finn days and closest to him being outside the sight of land was CEO of Illbruck just after Volvo took over. Largest handbrake on the VOR I can think off.

To me the biggest issue is that the model for sponsors is now too tightly restricted around what Volvo wants: corporate entertainment. If a sponsor wants to advertise, like Puma, there isn’t room for that in the current model. Volvo requires all teams to fulfil the same corporate entertainment duties at a huge cost and that doesn’t appeal to a huge number of companies that might be interested.

Volvo also now not only runs a race but provides everything in the package. That doesn’t appeal to all and the increase in potential sponsors by reducing cost is countered by the restrictions on what benefits they can get back.

Return to running a race and see what teams turn up with, and only cater for the race needs, don’t force teams to do stopover stuff and let them decide what they need themselves.

While you have been having a good old slash at me hoppy over on the Leg 8 thread these comments are purely devil's advocate.


hoppy said:
I think the big problem right now is that the boats are OD and prior to that is they keep changing the﻿﻿﻿﻿﻿﻿﻿﻿ boat ﻿design rule﻿.
Click to expand...

There has only been 3 rule changes in nearly 30 years. 2 box and one OD, the latter only 4 years ago. Hardly a lot of change there. See my OP Item #1.


hoppy said:
The IMOCA open 60 has been around since 1986 which means there are plenty of old boats around for low budget teams to buy and pad out the fleet numbers.﻿
Click to expand...

While the Open 60 has been around for over 30 years the changes since then are simply too many to count. The only thing carried forward was their LOA. For instance look at their build dates and then how many non canters were in the last VG which has lot of enthusiasts not top line racers participate.

First how many V70's are left which are capable of going around again and if so haven't already had very serious money spent on them converting them to short course racing with or without powered systems? Answer very small list.

Secondly how many promotors/skippers will put aside other opportunities to spend say 12 months at least knocking on doors to get funding for a new V70 (a 10 year old design) costing around 50% more than putting a OD in the drink and doing a RTW race?

Alternatively how many principal sponsors would jump out of the woodwork and commit to a V70 program now?

Answer on both counts Zero.

The answer I suggest has absolutely nothing to do with the racing platform itself. That is quite frankly the easy bit.

The secret to success goes beyond that. The best inkling of that is suspension of the OD Foiling V60 by the RO (which was already at deck mockup pre-build stage 6 months ago) while that big picture is worked out, or alternatively they are doing nothing except seeking an IMOCA stop gap and just want to get out of Dodge.

i agree that the OD was part of the bigger picture of the event being too restrictive in lots of ways. To me it looks like there was too much focus on what Volvo wanted from the event and not enough on what other companies might want.

it was a shame to see the 70 die when it was looking like the last of the gremlins was about gone. I am sure that teams would have reined in the designers to create boats capable of finishing. I also think making it so you have to finish every leg to be eligible for the big trophy would get more reliable boats. But that ship has sailed. Volvo owns a fleet and boatyard What do they do with them?

have they already headed too far down this road?

Chimp too said:
Volvo owns a fleet and boatyard What do they do with them?
Click to expand...

The current fleet (only designed to do 2 rounds) already written off in their books, hopefully at realistic value having regard for SCA being for sale in refit condition for 9 months and not a taker.

Boatyard is a knockdown movable show even at home. Lots of what you see is 3rd party sponsor owned. Value not a lot.

hoppy said:
I think the big problem right now is that the boats are OD and prior to that is they keep changing the boat design rule.

The IMOCA open 60 has been around since 1986 which means there are plenty of old boats around for low budget teams to buy and pad out the fleet numbers.

VOR needs to do the same and have a stable design rule. Perhaps the best solution would be to return to the VO70 box rule. The big money teams will build the latest and greatest to go for the win and the more modest budget teams will refit and update an on VO70. The bigger the fleet, the better the spectacle.
Click to expand...

Before teams will invest, there needs to be some sort of committed schedule of events.

Corporate sponsors from economies with actual shareholders and marketing savvy (excluding PR departments with cash to burn and no product to sell) are also increasingly cost sensitive and don't just want eyeballs but actual deliverables.

IMOCA is an owner's class. There's a finite number of boats available and not every boat is grandfathered in as new regulations get out, but it is phased and with specific boats in mind. The balance between maintaining existing fleet vs new boats is managed by the owners.

VOR has neither the stability to encourage long-term investment. Nor does it have sailing vested owners with actual control to guide it.

I'd compare the VOR bureaucracy to an American major sport franchise. Only there's no stadium, no ticket sales, and the "product" is hard to measure.

We still have dinosaurs who think stadium sailing will bring viewers. Not realizing that the world has already moved on to instant multinational broadcast.

Stability is what the race needs. With a model that requires significant investment from the race owner, stability is not easy to acquire. Reducing the overheads allows the event owner to provide stability over a longer period which, if expressed, gives confidence. Confidence is currently at an all time low as far as I see it. Not a time to sell, but a time to rationalise and set structure in place.

But what about the wetness clicks?